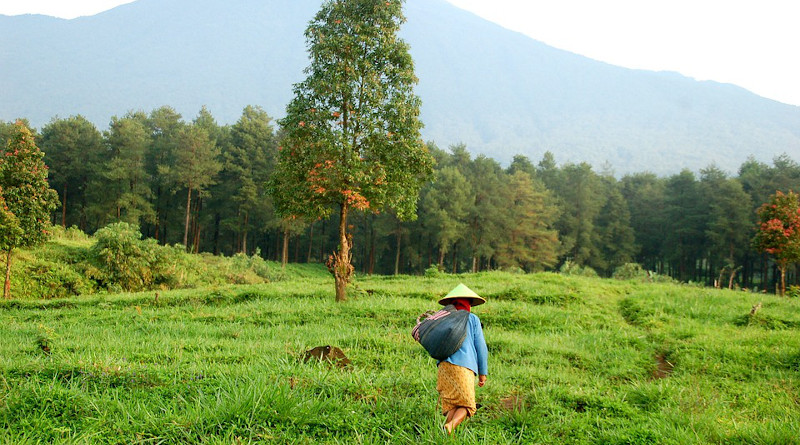 The areas of Indonesia where Dutch colonial rulers built a huge sugar-producing industry in the 1800s remain more economically productive today than other parts of the country, according to a study co-authored by an MIT economist.

The research, focused on the Indonesian island of Java, introduces new data into the study of the economic effects of colonialism. The finding shows that around villages where the Dutch built sugar-processing factories from the 1830 through the 1870s, there is today greater economic activity, more extensive manufacturing, and even more schools, along with higher local education levels.

“The places where the Dutch established [sugar factories] persisted as manufacturing centers,” says Benjamin Olken, a professor of economics at MIT and co-author of a paper detailing the results, which appears in the January issue of the Review of Economic Studies.

The historical link between this “Dutch Cultivation System” and economic activity today has likely been transmitted “through a couple of forces,” Olken suggests. One of them, he says, is the building of “complementary infrastructure” such as railroads and roads, which remain in place in contemporary Indonesia.

The other mechanism, Olken says, is that “industries grew up around the sugar [industry], and those industries persisted. And once you have this manufacturing environment, that can lead to other changes: More infrastructure and more schools have persisted in these areas as well.”

To be sure, Olken says, the empirical conclusions of the study do not represent validation of Dutch colonial rule, which lasted from the early 1600s until 1949 and significantly restricted the rights and self-constructed political institutions of Indonesians. Dutch rule had long-lasting effects in many areas of civic life, and the Dutch Cultivation System used forced labor, for one thing.

“This paper is not trying to argue that the [Dutch] colonial enterprise was a net good for the people of the time,” Olken emphasizes. “I want to be very clear on that. That’s not what we’re saying.”

Instead, the study was designed to evaluate the empirical effects of the Dutch Cultivation System, and the outcome of the research was not necessarily what Olken would have anticipated.

“The results are striking,” Olken says. “They just jump out at you.”

The paper, “The Development Effects of the Extractive Colonial Economy: The Dutch Cultivation System in Java,” is co-authored by Olken and Melissa Dell PhD ’12, a professor of economics at Harvard University.

Historically in Java, the biggest of Indonesia’s many islands, the main crop had been rice. Starting in the 1830s, the Dutch instituted a sugar-growing system in some areas, building 94 sugar-processing factories, as well as roads and railroads to transport materials and products.

Generally the Dutch would export high-quality sugar from Indonesia while keeping lower-quality sugar in the country. Overall, the system became massive; at one point in the mid-19th century, sugar production in Java accounted for one-third of the Dutch government’s revenues and 4 percent of Dutch GDP. By one estimate, a quarter of the population was involved in the industry.

In developing their research, Olken and Dell used 19th century data from government archives in the Netherlands, as well as modern data from Indonesia. The Dutch built the processing plants next to rivers in places with enough flat land to sustain extensive sugar crops; to conduct the study, the researchers looked at economic activity near sugar-processing factories and compared it with economic activity in similar areas that lacked factories.

“In the 1850s, the Dutch spent four years on the ground collecting detailed information for the over 10,000 villages that contributed land and labor to the Cultivation System,” Dell notes. The researchers digitized those records and, as she states, “painstakingly merged them” with economic and demograhic records from the same locations today

As the results show, places close to factories are 25-30 percentage points less agricultural in economic composition than those away from factories, and they have more manufacturing, by 6-7 percentage points. They also have 9 percent more employment in retail.

Areas within 1 kilometer of a sugar factory have a railroad density twice that of similar places 5 to 20 kilometers from factories; by 1980, they were also 45 percent more likely to have electricity and 4 percent more likely to have a high school. They also have local populations with a full year more of education, on average, than areas not situated near old sugar factories.

The study shows there is also about 10 to 15 percent more public-land use in villages that were part of the Dutch Cultivation System, a data point that holds steady in both 1980 and 2003.

“The key thing that underlies this paper, in multiple respects, is the linking of the historical data and the modern data,” Olken says. The researchers also observed that the disparity between industrialized places and their more rural counterparts has not arisen since 1980, further suggesting how much Java’s deep economic roots matter.

The paper blends the expertise of Olken, who has spent years conducting antipoverty studies in Indonesia, and Dell, whose work at times examines the effects of political history on current-day economic outcomes.

“I had never really done a historical project before,” Olken says. “But the opportunity to collaborate with Melissa on this was really exciting.”

One of Dell’s best-known papers, published in 2010 while she was still a PhD student at MIT, shows that in areas of Peru where colonial Spanish rulers instituted a system of forced mining labor from the 1500s to the 1800s, there are significant and negative economic effects that persist today.

However, somewhat to their surprise, the researchers did not observe similarly pronounced effects from the Dutch Cultivation System.

“One might have thought that could have had negative consequences on local social capital and local development in other respects,” says Olken, adding that he “wasn’t sure what to expect” before looking at the data.

“The differences between the long-run effects of forced labor in Peru and Java suggest that for understanding persistent impacts on economic activity, we need to know more than just whether there was forced labor in a location,” Dell says. “We need to understand how the historical institutions influenced economic incentives and activities initially, and how these initial effects may or may not have persisted moving forward.”

Olken adds that the study “can’t measure every possible thing,” and that “it’s possible there are other effects we didn’t see.”

Moreover, Olken notes, the paper cannot determine the net effect of the Dutch Cultivation System on Indonesian economic growth. That is, in the absence of Dutch rule, Indonesia’s economy would have certainly grown on it own — but it is impossible to say whether it would have expanded at a rate faster, slower, or equivalent to the trajectory it had under the Dutch.

“We can’t say what would have happened if the Dutch had never showed up in Indonesia,” Olken says. “And of course the Dutch [colonizing] Indonesia had all kinds of effects well beyond the scope of this paper, many of them negative for the contemporaneous population.”

Home » The Complex Effects Of Colonial Rule In Indonesia