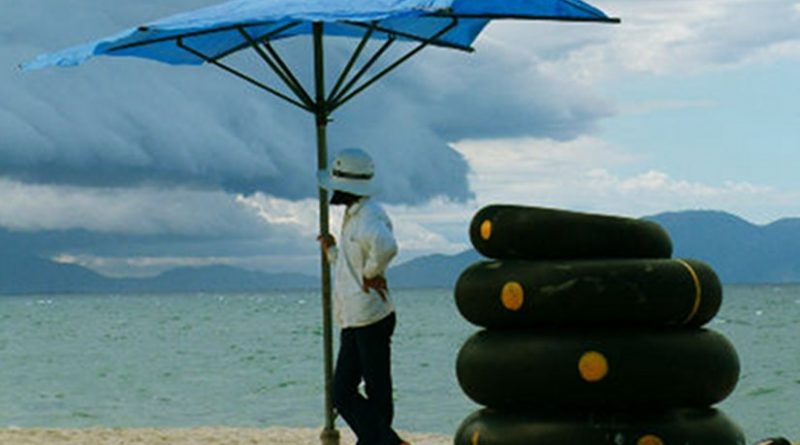 Vietnam was long perceived as a security threat by other ASEAN members, before it joined ASEAN in 1995. But the country has since emerged as one of the fastest growing economies and the shining stars of ASEAN. There will be plenty to watch this year.

Vietnam is chairing ASEAN this year, something it has done with notable success twice before – 1998 and 2010. In 2010, Vietnam inaugurated the ADMM-Plus (ASEAN Defence Ministers Meeting Plus) and extended East Asia Summit (EAS) membership to the United States. Given Vietnam’s diplomatic experience and multilateral pro-activism, there is a large degree of optimism regarding Vietnam’s ASEAN Chairmanship in its 25th membership year under the theme “Cohesive and Responsive”.

Vietnam faces a dense diplomatic schedule, with the chairmanship coinciding with Vietnam’s non-permanent membership of the UN Security Council. This poses logistical challenges for the country. But this dual diplomatic responsibility also offers a rare opportunity for Hanoi to present a well-coordinated foreign policy and achieve maximum impact. In particular, Hanoi should leverage the ASEAN agenda at the global stage at the UN, something previous ASEAN chairs have done with remarkable success.

Hanoi will continue to build on the work and specific initiatives of previous chairs, such as developing smart cities. But they will also be cognizant of the need for any ASEAN chair to produce key deliverables of interests to the chairing country itself.

Both thematic elements apply across all pillars of the ASEAN Community. “Cohesiveness” symbolises ASEAN’s unity and solidarity in the face of internal and external challenges, to further economic integration, and to raise public ASEAN awareness.

“Responsiveness” is Hanoi’s wish to promote greater ASEAN pro-activism in order to be a defender of regional interests in the face of crises.

Vietnam has specified five key priorities: First, in order to be responsive, Hanoi will work towards strengthening ASEAN solidarity and unity in order to effectively and punctually address challenges and trends.

Third, Hanoi will promote a greater sense of a collective ASEAN identity and awareness, by encouraging the development of common ASEAN values, joint events and programmes, and broadening ASEAN education locally in each member country.

Fourth, the 2020 chair will continue to strengthen good relations with ASEAN’s external partners and seek to extend this network.

Lastly, Vietnam will strongly highlight the need to improve ASEAN’s institutional capacity. It plans to conduct a thorough review of the effectiveness of ASEAN’s organisational structure and its operations. Its goal is to identify weaknesses and hurdles and reform ASEAN’s operational methods and procedures to make the group more responsive and pro-active. Enhancing cross-sectoral and cross-pillar coordination and cooperation is a priority. So it is with procedural reform.

While Hanoi believes ASEAN must uphold the consensus principle, it will develop a method to apply the ASEAN-X mechanism case-by-case on the basis of ASEAN-wide consensus. In other words, Vietnam seeks a way to find unanimous support across all ten capitals for applying ASEAN-X to very specific issues and questions across all pillars whenever unanimous ASEAN progress is not possible.

Pertaining to organisational questions, Vietnam plans to set an example for alleviating the chair’s hosting duties as well as for enhancing the role of the ASEAN Secretariat (ASEC) by organising more ASEAN meetings at the new ASEC building in Jakarta.

Vietnam may attempt to set new directions for ASEAN-led mechanisms, including the EAS and ADMM and there will be efforts to advance cross-sectoral and cross-pillar approaches to better coordinate and tackle emerging security challenges within these forums.

Within the ASEAN Economic Community (AEC) pillar, Vietnam will seek to promote specific intra-ASEAN partnerships for sustainable development in order to boost intra-ASEAN trade and investment, and ASEAN sustainability measures.

Under the ASEAN Socio-Cultural Community (ASCC), Hanoi will try to raise ASEAN awareness by seeking to enhance social security for the most vulnerable ASEAN citizens, to promote cooperation mechanisms to combat fake news, and raise the idea to place the ASEAN symbol on passports.

In addition to the above agenda items, there will be several off-the-radar issues and flashpoints to watch.

The Regional Comprehensive Economic Partnership (RCEP) will receive particular attention and may become a concrete deliverable for Vietnam, after Thailand failed to put the seal on a pact that includes India.

Second, although several officials have assured member states that Vietnam will not hijack the ASEAN agenda by placing the South China Sea at the centre of its chairmanship, it will remain a flashpoint given Vietnam’s key role and recent Sino-Vietnamese tensions. The extent to which this will feature on the 2020 agenda will largely depend on either the restraint or assertiveness of China. But it would be desirable to reserve this issue for retreats and informal discussions.

Lastly, the behaviour of the United States is worth observing. The Trump administration’s engagement of ASEAN has been disappointingly low, and in 2020, the president is unlikely to attend the EAS, as it will coincide with the presidential elections. However, Washington may be incentivised to meet ASEAN leaders in a special US-ASEAN summit or otherwise, which would mitigate Trump’s assaults on Asian multilateralism.

Given Vietnam’s increasingly active role on the global stage and within ASEAN, as well as the challenging regional environment and difficult issues, there will be much to observe in ASEAN in 2020 and Vietnam is uniquely well placed to move ASEAN forward.