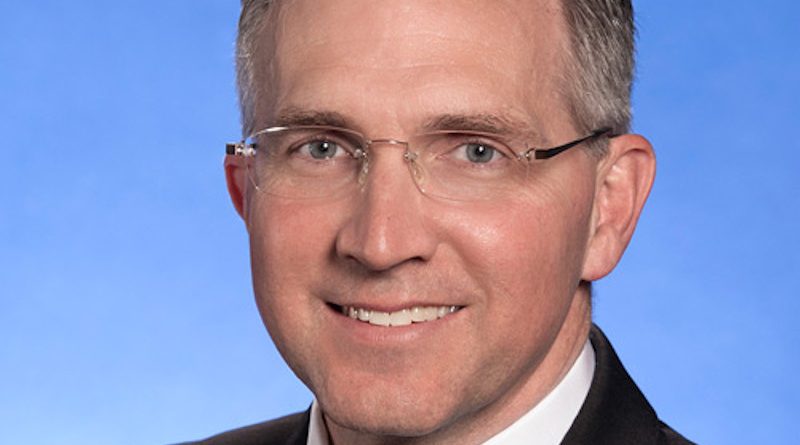 The Knights of Columbus Board of Directors elected Patrick E. Kelly as the next Supreme Knight on Friday, to continue the mission of charity, unity and fraternity established by the Order’s Founder, Blessed Michael McGivney, almost 140 years ago.

Carl A. Anderson will retire February 28, after more than 20 years of service as Supreme Knight and upon reaching the mandatory retirement age of 70.

As Deputy Supreme Knight, Patrick has played a leading role in several major initiatives, including our international religious freedom efforts, our pro-life Ultrasound Initiative, and our new public initiation ceremony. He also served as Executive Director of the Saint John Paul II National Shrine, leading its transformation through the creation of its worship spaces and world-class exhibit on the life of St. John Paul II.

Most recently, Patrick led the Knights’ grassroots response to the COVID-19 pandemic titled “Leave No Neighbor Behind.” Through this initiative, brother Knights around the world are serving those isolated and alone in quarantine, supporting food banks and blood centers in need of vital supplies, and providing other essential services. Patrick has the experience and strong faith necessary to lead the Knights into the future.”

For over a decade, Patrick Kelly has worked at a senior level on the frontlines of the Knights’ work in charity, advocacy, and the management of the organization’s multibillion-dollar insurance and investment operations. Mr. Kelly joined the Knights as a university student in Wisconsin in 1983 and later served as State Deputy in the District of Columbia from 2012-2013. He was named the Knights’ Vice President for Public Policy in 2006 and was elected Deputy Supreme Knight in January 2017.