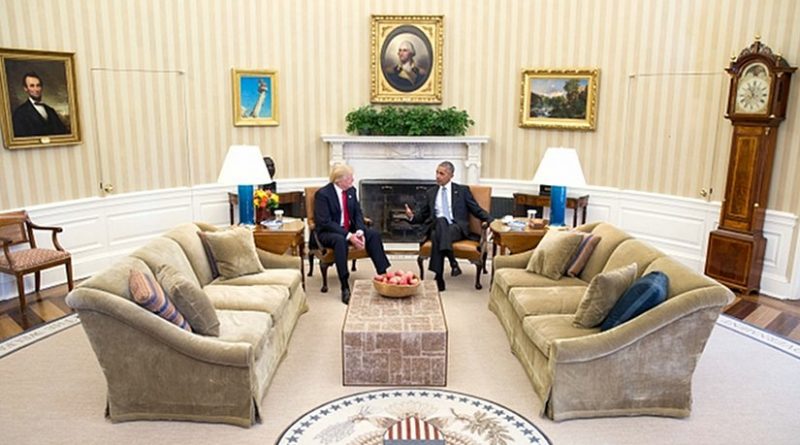 We would seem to be experiencing a pretty close duplicate of the almost fifty year old scandal that rocked the world and brought down President Nixon. But this time the Washington Post is trying to cover up the scandal, not bring it to light.

President Trump gave President Obama and the Democrats lifesaving wiggle room by using words like “ wire tap” instead of “electronic surveillance” or “spying  and “ Trump Tower” instead of “ Trump campaign” or “Trump campaign personnel.” By focusing on Trump’s exact words, the guilty parties think they can issue denials without outright lying.

President Obama further confused things ( but also in an indirect way clarified them)  by asserting, through a written statement issued by an assistant, that neither he nor anyone in the White House had “ ordered” wiretapping of Trump. This confused the matter because he did not have to order the spying in order to know about it and encourage it, but also clarified the matter in that such a careful choice of words virtually amounted to confirmation that others, perhaps from the Justice Department, had ordered it with his knowledge and perhaps encouragement. That both the president and Valerie Jarrett referred to the written statement and have refused ( at least so far) further questions strongly suggests that, yes, there was spying on the Trump campaign, yes, they knew about it, and, yes, they did nothing to stop it.

This might be a good moment to remind our young readers it was precisely this behavior, an administration in power spying on an opposing presidential campaign, and then trying to cover it up, that led to President Nixon’s removal from office. This was precisely what “Watergate” was all about. There are of course notable differences. This time the insurgent campaign won, the spying was done by administration agencies using the highest tech means, and papers like the Washington Post and New York Times are themselves complicit in the cover up rather than unmasking it.

This is perhaps the greatest irony of the current moment. Standing up to the political establishment during Watergate is what made the Washington Post famous all around the world. Now it is trashing that heritage. The iconic editor of the Post who led the fight, Ben Bradlee, later admitted to historians that what really triggered the decision to pursue the Nixon administration was not a determination to protect freedom of the press, but rather a threat from the Nixon FCC to take away the Post’s TV station licenses. This made it, as Bradlee later recounted, primarily a fight for economic survival rather than a social or political crusade. The Post’s latest behavior, where it gladly accepts leaks from prior administration figures who spied on an opposing  presidential campaign, is neither heroic nor financial in nature. It just shows how thoroughly corrupt the old progressive elites have become.

If we need any further reminders of this corruption, just check out independent investigator Peter Schweizer’s recent reminder on Fox News of how deeply Clinton campaign officials were in bed with the Russians and how many millions they made from it: http://www.foxnews.com/opinion/2017/03/03/peter-schweizer-trump-vs-clintons-russia-ties-guess-who-always-got-free-pass.html

An account of much of the evidence supporting Trump’s charges, including smoking guns from the NY Times and the Washington Post, is below.

About the author:
*Hunter Lewis is author of nine books, including Where Keynes Went Wrong, Free Prices Now! and Crony Capitalism in America: 2008-2012. Lewis is co-founder of Against Crony Capitalism.org as well as co-founder and former CEO of Cambridge Associates, a global investment firm. He has served on boards and committees of fifteen not-for-profit organizations, including environmental, teaching, research, and cultural organizations, as well as the World Bank.

Source:
This article was published by the MISIS Institute