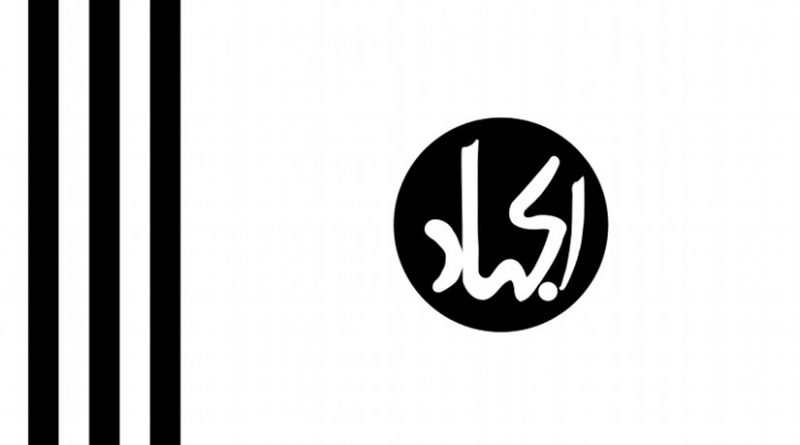 Abdul Rehman Rauf is the second in command in the Jaish-e-Mohammad (JeM)’s power hierarchy and is arguably the most important person in charge of taking key decisions in the outfit. He has played key role in several terrorist attacks carried out on Indian soil and remains a key instrument of the Pakistan military’s anti-India subversive activities.

Abdul Rehman Rauf alias Mufti Abdul Rauf Ashgar was born on 1 January 1977 in Bhawalpur, Pakistan. Rauf is the younger brother of Maulana Masood Azhar, founder of the proscribed terrorist organization Jaish-e-Mohammad (JeM). He figures in the list of most wanted terrorists India wants deported from Pakistan.

Rauf is one of the 12 children (six daughters and six sons) born to Allah Bakhsh Shabir, a headmaster at a government-run school in Bhawalpur and his wife Ruqua Bibi. Shabir after his retirement ran a dairy and a poultry farm in Bhawalpur. After completing his education from Jamia Uloomul Islamia Banuri town in Karachi, a Deobandi learning centre, Rauf came in contact with the Harkat-ul-Ansar (aka Harkat-ul-Mujahideen, HuM) terrorist outfit, which had recruited a large number of its cadres from such institutions. Rauf is believed to have received armed training in HuA facilities in Pakistan after which he travelled to Afghanistan to fight alongside Mullah Omar, who became the chief of the Taliban, a connection that came to good use later in 1999.

Rauf’s involvement in terrorism is believed to have started with his 1995 plot to abduct foreign tourists in Jammu & Kashmir. On 4 July that year, two American and two British nationals were abducted during a trekking expedition in the Liddarwat area of Pahalgam in Anantnag district by Al-Faran, a front of the HuA. Four days later, two more foreigners, a German and a Norwegian were also abducted. While one American national John Childs managed to escape on 8 July, the other one was beheaded. The other four were never traced and were possibly killed by their abductors.

Four years later, Rauf played a key role in the hijacking of the Indian Airlines Flight 814. In December 1999, a flight from Kathmandu to New Delhi was hijacked with an objective of freeing Rauf’s brother Masood Azhar, then chief of the HuM, from an Indian prison. Following a seven-day standoff, the Indian government released Masood Azhar and two other militants. In exchange around 150 passengers, mostly Indian nationals, were released in Kandahar where the plane had landed. Rauf not only financed the entire operation, but was present in all the key meetings held by the conspirators in Dhaka and Kathmandu, according to the chargesheet filed in connection with the case by the Indian authorities.

After his release Maulana Massod Azhar went on to form the Jaish-e-Mohammed (JeM or the Army of Mohammed) in February 2000. Rauf was the second in command and the operations chief in JeM’s power hierarchy. On 23 December 2003, Rauf plotted an assassination attempt on the then Pakistan President General Parvez Musharaf. Two suicide bombers rammed their explosive laden vehicles into Musharraf’s motorcade. Although Musharaf escaped unhurt, around 16 people were killed in the attack. Incidentally, Rauf along with three other terrorist leaders had been roped in by General Musharraf to negotiate with the fanatic clerics during the siege of the Lal Mosque in the heart of Islamabad in July 2007. The other three terrorists were, Malik Ishaq, a key Lashkar-e Jhangvi (LeJ) leader, Maulana Mohammad Ahmed Ludhianvi, the chief of Sipah-e-Sahaba Pakistan (SSP), and Maulana Fazalur Rehman Khalil, chief of HuM.

The JeM was proscribed following the attack on General Musharraf and not until General Ashfaq Kayani began his tenure as the Pakistan Army chief, was given a chance to redeem itself. Kayani, who assumed charge in 2007, was instrumental in the resurgence of JeM having overseen a truce between the military and the outfit. The JeM professed its loyalty to the military and vowed to remain an instrument of terror of the Pakistan army against India.

With Masood Azhar maintaining a low profile, Rauf in 2007 became JeM’s acting leader, one of outfit’s most senior commanders in India, and also its intelligence coordinator. In 2008, Rauf was assigned, according to media reports, to organise suicide attacks in India. He was also involved with outfit’s political wing and was in charge of its training camps located in Sensa in Kotli, Dungi in Muzaffarabad, Tharochi, Barnala in Bhimber, Barali and Balakot in Mashera and also in Bhawalpur and Lahore. Rauf continues to remain JeM’s head of India operations till date.

On 10 October 2009, around 10 cadres of the Tehrik-e Taliban Pakistan (TTP), wearing military uniforms, forced their way inside the General Headquarters (GHQ) of the Pakistan Army in Rawalpindi and took 20-25 people as hostages. Rauf along with the three other terrorists who had been engaged by the Pakistan military to end the Lal Mosque siege in 2007 were again used by the GHQ to negotiate with the attackers. A report in an Urdu newspaper read, “Special planes were subsequently flown to Lahore, Bahawalpur and Rahim Yar Khan to bring these terrorist negotiators to Rawalpindi.” The negotiations, however, failed and the siege ended after a gun battle.

In a speech in April 2010, Mufti Rauf criticized what he described as ‘secular trends’ in Pakistani society which taught students how to use computers and mobile phones and ignored the necessity to teach how to use the “arrows and swords” of Islam. Both Masood Azhar and Mufti Rauf continue to deliver Friday sermons at the infamous Usman-o-Ali Jama Masjid, where ideals of jihad and shahadat (martyrdom) are emphasized upon. Under Rauf’s leadership, the JeM has managed to mobilise enormous resources. It has revived the al-Rahmat trust, which solicits funds in Pakistan and the Gulf countries and has been instrumental in reportedly building 313 mosques and seminaries.

In August 2011, Rauf, along with other JeM leaders, was named in an FIR launched by the DaskaSaddar Police in Sialkot for preaching Jihad and collecting funds for the same. He was booked under the Amplifier Act for provoking the locals against the politicians and also directing the volunteers for collecting funds for Jihad. In February 2014, Rauf was seen sharing the stage with Hizbul Mujahideen head Syed Salahuddin during the launch of a book, “Ahle Imaan Ke Naam Shaheed Mohammad Afzal Guru Ka Aakhri Paigam (Last Message of Shaheed Mohammad Afzal Guru)” written by Afzal Guru. The event was also addressed by Masood Azhar via video conferencing from an unknown location.

In April 2015, a terror alert was raised in New Delhi based on a note recovered by the security forces from a dead terrorist in Samba district of Jammu & Kashmir in mid-March. The security agencies suspected that the note was signed by Rauf.

In January 2016, a deadly attack was carried out by suspected Pakistani terrorists at the Indian Air force base in Pathankot, Punjab. Indian intelligence officials believe that Rauf played a key role in the attack. Seven Indian military personnel were killed in the attack. Pakistani authorities, without providing much evidence, later indicated that both Masood Azhar and Abdul Rauf have been detained in connection with the attack.

*Partha Chakraborty is a project intern with Mantraya. This brief has been published under Mantraya.org’s Mapping Terror & Insurgent Networks project.