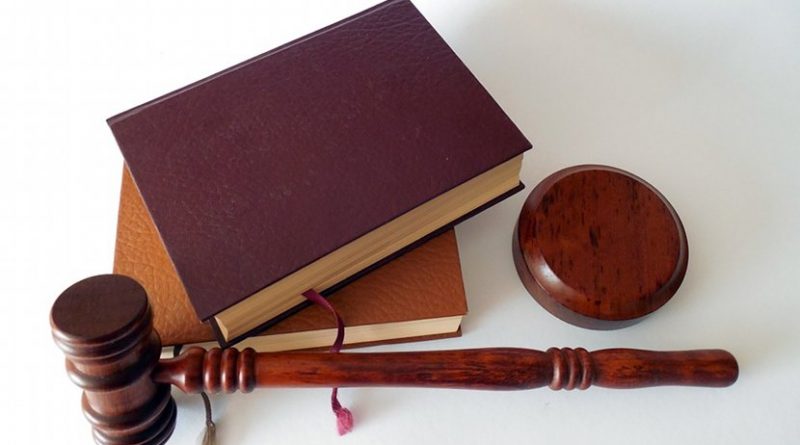 On May 23, we contacted the Senate Judiciary Committee expressing our concerns about a Trump nominee for the federal bench, attorney Michael Bogren. He is being considered for a seat on the U.S. District Court for Western Michigan. At that time, we called on Bogren to apologize for making an invidious anti-Catholic remark. He has refused to do so.

Two Republicans on the Senate Judiciary Committee, Sen. Ted Cruz and Sen. Josh Hawley, have pledged to vote against Bogren. We are now contacting committee members again, asking them to support Cruz and Hawley.

The issue in question concerns an analogy that Bogren made in a 2017 legal brief contrasting the Catholic Church’s teachings on marriage to that of the Ku Klux Klan’s. Bogren was defending a decision by the city of East Lansing to bar a family of Catholic farm owners from the city’s farm market because they would not rent their property to those seeking a gay wedding.

Bogren said “there can be no constitutionally sound argument that sincerely held religious beliefs would permit a secular business to avoid the prohibitions against racial discrimination or gender discrimination found in federal, state and local laws.” That’s when he offered his analogy between the Catholic farm owners and the Klan, saying that a Klan operated facility could not invoke the First Amendment religious-liberty provision to avoid an anti-discrimination lawsuit.

Subsequently, when asked by Sen. Hawley to clarify his position, Bogren stuck to his guns. Hawley asked, “So you think these things are equivalent? You think that the Catholic family’s pointing to the teachings of their church is equivalent to a KKK member invoking Christianity?”

Bogren replied, “From a legal perspective, there’s no distinction.”

Bogren is right to conclude that a Klan owned business could not seek protection under the religious-exercise provision of the First Amendment when discriminating against black customers, but he is wrong to equate the Catholic family’s decision to that of the Klan’s.

To begin with, the Ku Klux Klan is not a religious organization seeking to exercise its religious rights: It is a para-military terrorist organization that is expressly anti-religious. The Klan, Bogren should know, was founded on bigotry against blacks, Jews, and Catholics. Ergo, it is not entitled to a religious liberty defense on any matter.

Second, the Catholic family did not say it would not sell its produce to homosexuals. It objects to renting its facilities for the purpose of celebrating a gay marriage. There is a profound difference between decisions reached on individuals and decisions reached on social institutions.

Third, Bogren fails to distinguish between an interracial marriage and a same-sex marriage. The former has nothing to do with altering the meaning of the institution of marriage. The same is not true of a gay marriage: such a union may be an expression of love, but it is not ordered to marriage’s ultimate social purpose—reproduction. Homosexual acts are incapable of creating a family; the same is not true of interracial heterosexual unions.

Fourth, there is no biblical injunction against interracial marriages. The same is not true of a marriage between two men. Indeed, homosexual acts are considered sinful, quite unlike marital sex between people of a different race and a different sex.

Fifth, beyond the jurisprudence, anthropology, and theology that embroils Bogren’s flawed analogy, there is the matter of common decency. He could have maintained fidelity to his legal argument while unequivocally stating his abhorrence for the legacy of the Klan and his appreciation for the legacy of Catholicism (to cite one example, law in Western civilization owes much to Catholic teachings). But he chose not to do so, thus inviting people to think there is no fundamental difference between Catholic moral theology and the Klan’s racist ideology.

Michael Bogren is not fit to serve on the federal bench.