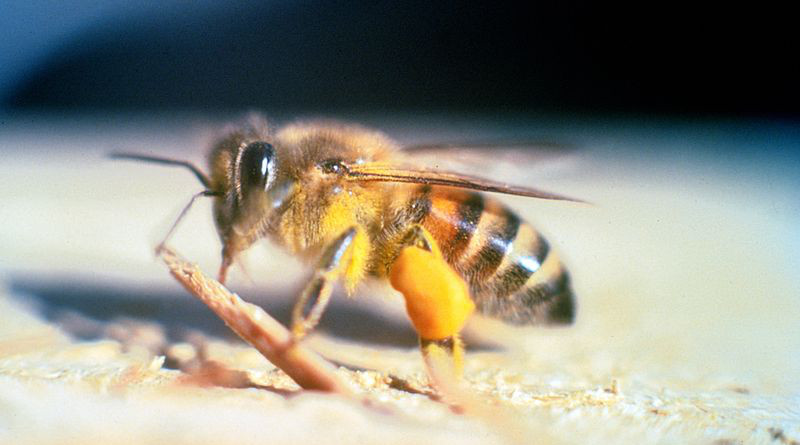 What causes African hybrid honey bees (AHB), also known as killer bees, to be highly defensive and aggressive? York University researchers have found it was the mixing of African and European genetics that led to hyper-aggression in this invasive strain of honey bees.

AHBs are a genetics experiment gone wrong. Researchers in Brazil imported a honey bee subspecies from South African and bred them with European-derived honey bees in the 1950s. The idea was to develop a better subtropical honey bee, but bees escaped and mated with the local bees.

“The resulting bees were highly invasive and aggressive, much more than the European honey bees used by North and South American beekeepers at the time,” says Associate Professor Amro Zayed of the Faculty of Science, a co-author on the paper led by previous York PhD student Brock Harpur, now an assistant professor at Purdue University.

The research team measured the defence response of 116 Brazilian AHB colonies using the Suede Ball test (see video by one of the researchers, Samir Kadri, a former York visiting PhD student from Brazil). A suede ball is gently swung for one minute in front of the colony entrance stimulating a defense response in the bees and encouraging additional bees to sting the ball.

How DNA from these two subspecies interacts to influence defense response is an important next question.