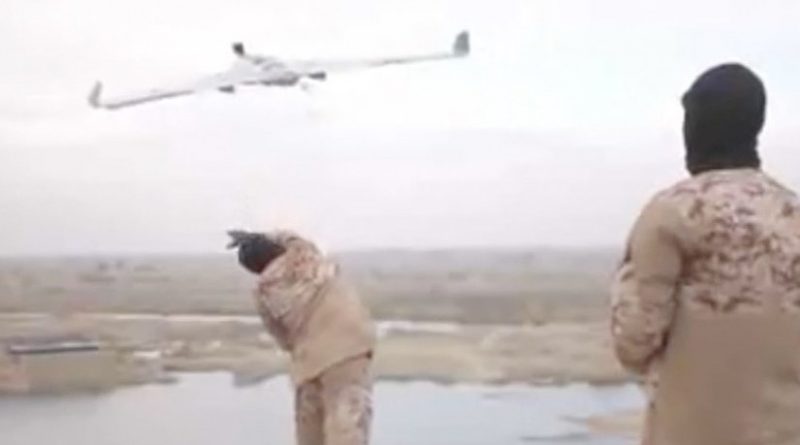 Amid ISIS-inspired killings in Paris, London, Manchester, Brussels, and San Bernadino, California, jihadi murderers have become number one reason law enforcement and intelligence organizations are certainly tested these days. While constant vigilance to random terror takes precedent as authorities try to counter future incidents, the world much to our chagrin, more likely than not, will witness new assaults on a number of continents.

While guns and suicide bombers seem to be prerequisites for strikes against structures and people, one should now keep in mind that technology can be included in the repertoire of weapons. The use of Unmanned Aerial Vehicles or UAVs pose a serious security threat as the “up and coming tool” as extremists develop and plan future incidents. It portends to be problematic and something security and law enforcement officials need to include, if they haven’t already, in any “what if” scenario in offsetting Islamic extremism.

The Emerging Threat and Its Uses

The issue here is not the drones our military and intelligence services use to target the enemy (the Predator MB-1-Q comes to mind), but the UAV that can be purchased over the counter through any big box store (Best Buy, Walmart). The types of drones that are of particular concern are small, commercially available quadcopter products purchased in quantities for a few hundred dollars each that can be weaponized and controlled by computer by the technologically savvy terrorist.

Aerial terrorism through computer controlled drones could be the new wave of weapons facing American, European, and other security and law enforcement services who now have the daunting task to prevent future strikes. To that point, in January 2015, the New York Times reported that the Virginia-based National Counterterror Center had developed a working group on drones that grew from four members to 65, telling us the concerns security officials have are quite real. The UAV’s impact as a newer weapon for terrorism cannot be ignored. No one can deny the hard fact that danger exists particularly as these mechanisms proliferate and replace humans as the next source of terrorist activity and where a person can commit destruction with the click of a key pad or smart phone, which eliminates the need to sacrifice a lone wolf killer or killers.

A case in point which amplifies this scenario was the 2011 arrest of Rezwan Ferdaus. Ferdaus, a very well-educated physicist who graduated from Boston’s Northeastern University, was caught in a FBI undercover operation and accused of planning to build small explosive-laden drones to attack the Pentagon and the U.S. Capitol. He had been arrested by law enforcement at his rented storage facility upon taking delivery of C-4 explosives and AK-47 automatic weapons. In general, besides automatic weapons as a source, any attacker could also use a drone to spray weaponized chemical or biological agent in crowded stadiums or metropolitan areas.

As Moscow’s Center for arms Control Energy and Environmental Studies expert, Eugene Miasnikov, pointed out in a 2004 article, “that while billions have been spent on ballistic missile defense, little attention has been given to the more imminent threat posed by unmanned air vehicles in the hands of terrorists or rogue states”. He includes why the UAV is attractive to terrorists by providing insight into the following:

The concern is that it’s a matter of time before a terrorist retrofits a drone with weapons. Government and their various intelligence and defense agencies should ask what the chances a UAV or several UAVs can penetrate its defenses as we should not be blind to the fact that there certainly could be another Khalid Shaikh Mohammed, the former mastermind and principal architect of 9-11, out there who is able to figure and configure and weaponise drones for an effective strike. Mohammed graduated from an American university with a degree in Mechanical Engineering whose plotting against the United States using commercial aircraft had not been anticipated.

The Free Market vs Security

Keeping a watch on UAVs as a threat will be a challenge not only from the prevention and regulatory standpoint but from a commercial point of view as US regulators will be up against the business community who see smaller drones as making their operations more efficient and more profitable; and, as drone technology becomes more popular, innovators will develop other practical applications for commercial integration. With over 327 drones to date licensed by the Federal Aviation Administration to fly over U.S. soil, companies such as Amazon and Google Inc. will take advantage of drone technology for tasks ranging from package delivery to providing high-speed Internet in increasing their bottom lines.

While UAV’s pose a significant threat, the fast-growing global drone industry has not waited for government policy to be hammered out. Companies are pouring too much investment and effort into opening up this other wave to build up market share for their benefits in the all-new hardware and computing world.

Some contrarians argue, even if one (terrorist) were able to acquire lightweight explosives or chemical agents to attach to a drone, the physical size of commercially available drones creates limitations on the attacker’s ability to inflict harm. State legislatures across the country are debating if and how UAV technology should be regulated, taking into account the benefits of their use, privacy concerns and their potential economic impact. So far, 26 states have enacted laws addressing UAV issues and an additional six states have adopted resolutions.

Regulators and national security planners will continuously worry that these low-cost drones, widely available for purchase, pose a consistent threat to commercial aviation, vital infrastructure, humans, and the economy.

It is also important to consider control tools preventing the surging proliferation of drones admired by hobbyists and aficionados. The threats seem real but to some the drone possesses no more a threat than a human does so from a security standpoint and control measure view, there again needs to be the proverbial balance between national security and the free-market and global market developments. While there will be this divide between drone enthusiasts, big business, and the government regulators, there is mounting evidence that both domestic and international terror networks desire to utilize drones. As UAVs proliferate, our government should anticipate a rise in the number of threats and prepare to respond in kind.

About the author:
*Dean Klovens has extensive experience in research & writing for business and public policy projects in areas of strategic intelligence to benefit leadership’s decision making. He earned his Master’s in Public Administration and Policy at DePaul University with a BA in Political Science at the University of Illinois-Chicago.