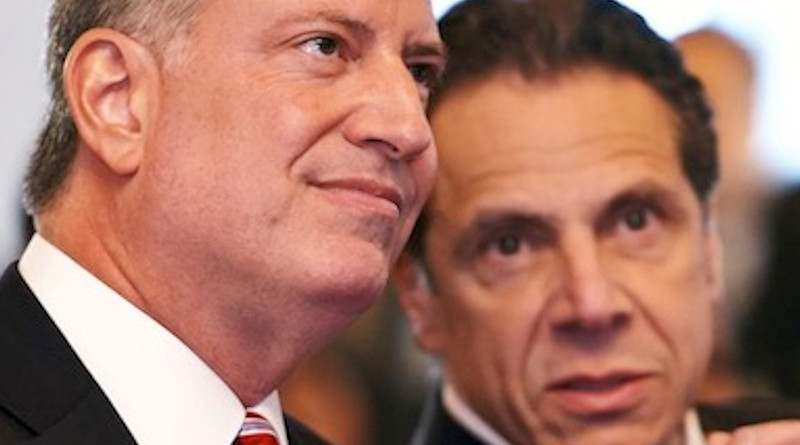 People in New York City have been subjected to one of the most repressive coronavirus crackdowns in America. Included have been months-long forced closure of many businesses and extreme limitations placed on businesses that have been allowed to resume some operations during incremental scaling back of closure orders. Such government actions have decimated businesses in the city. A Sunday report by Lauren Thomas at CNBC illustrates the continuing economic destruction by describing vacancies and bankruptcies, along with a large drop in rents sought, in 16 major retail corridors of the Manhattan borough of the city.

The plummeting economy has come hand-in-hand with plummeting respect for liberty, with people in New York City having been prohibited from doing many of the things, in addition to operating or working at businesses, that people have long considered basic to living — doing daily activities outside home without wearing a mask, attending religious services, meeting friends at a bar for a beer, and taking children to a playground, for example.

The New York City government, with ample help from Governor Andrew Cuomo in Albany, has succeeded, in the name of countering coronavirus, in making the city a downright depressing place. That means many less people want to visit it. It also means many residents have reason to move away.

As if to put an exclamation point on the “Stay Away” message that is communicated by the city’s despotic mandates purportedly intended to counter coronavirus, New York City Mayor Bill de Blasio announced Wednesday that cops will be stationed at checkpoints at entry locations of the city. The cops will inform people who have been in any of a, subject to change, long list of states and territories and who are seeking to enter the city (including New York City residents returning to their homes in the city) that they are legally required to quarantine themselves for 14 days upon entering the city.

Police at the new checkpoints will also require these individuals entering the city to register and complete “travel health forms” that will be used for carrying out surveillance in the form of “contact tracing efforts.”

The city’s descent into economic hardship and tyranny continues.

De Blasio said the new traveler registration checkpoints will be at major bridge and tunnel crossings to remind travelers coming from 34 impacted states and Puerto Rico about the mandatory quarantine.

“Starting today, we’re going to do something new in New York City: We will have checkpoints at key entry points to the city,” the mayor said.