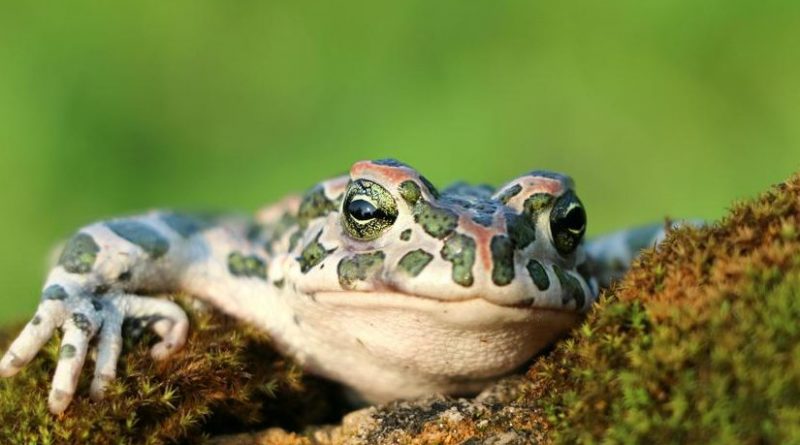 People in the Philippines are turning back to nature as dengue, the sickness carried by the deadly Aedes egypti mosquito has spread affecting almost 200,000 victims in the country.

Health experts and authorities are using frogs, mosquito fishes, dragonflies, damselflies and plants against dengue which has no preventive vaccine developed against it.

In Barangay Old Balara, Quezon City, auuthorities released at least a thousand cane bull frogs in esteros in a bid to halt the spread of dengue — a disease that has affected 188,562 people nationwide and killed 807 from January 1 to August 3.

Mosquitos are part of frogs’ diet and authorities hope that their release into the environment will help in the natural management of the insect.

In Zamboanga City, a similar mosquito management scheme is being employed to help curb the spread of dengue which so far had infected 4,500 of its residents since January 1.

The city reported 26 deaths from the disease.

Mosquito fish, or Gambusia Afinis, are voracious eaters of mosquitos. They are not endemic to the Philippines but were brought into the country by the Americans as part of measures to combat malaria, another mosquito-borne illness.

Filipinos are also turning to a plant awa-tawa (Euphorbia hirta), also known as “gatas-gatas, a hairy herb grown in open grasslands, roadsides and pathways. This indigenous plant is considered as one of the most popular folkloric treatment for dengue.

Dengue had spread so quickly in the Philippines in recent months that the Department of Health had declared a dengue “national epidemic.”

Health Undersecretary Eric Domingo said aside from employing natural means for controlling the proliferation of mosquitos, the health department had enjoined Filipinos to clean their surrounding regularly to deny the insects of their breeding medium which is stagnant water.

Authorities had avoided employing non-natural means of controlling mosquito infestation such as chemical fogging to prevent adverse effects on the environment.

According to the World Health Organisation, dengue is a viral infection which symptoms are similar to flu but could cause potential lethal complication called “severe dengue,” which could cause death.

Unfortunately, frogs, the best defense against mosquitoes, are struggling to stay alive in this world. Frogs are traditional eaters of mosquitos.

With the rainy season setting in, the carrier of the deadly virus, Aedes egypti, is multiplying by the millions; and scientists and local communities, racing against time, want to turn back to frogs for help after man-made medicine is failing.

Saving the Frogs an Uphill Climb

One community working to bring back frog population is La Trinidad, Benguet where a state university observes yearly the Save the Frogs Day.

“Many communities now realize they have to be a part of nature and not apart from it to exist today given all the diseases and ailments that are occurring,” Dr. Grace Taguba Bengwayan, Benguet State University professor told this to this Eurasia Revew writer who observed the large crowd that participated in the International Save the Frogs Day.

“But it will be a long fight to bring back the once-plentiful frog population,” she lamented.

Her statement stems from another scientist’s discovery that not only frogs but all the amphibian population in the Philippines is on the verge of being wiped out.

Philippines’ amphibian specialist, Dr. Letecia Afuang, said the Philippine amphibian population have drastically gone down in the past twenty years.

She noted with approval the efforts being launched by BSU and the communities around it in saving the frogs, but equally warned there is grave danger of an outbreak of diseases in other places in the Philippines where many amphibians and reptiles are becoming extinct.

This is because the population of disease-transmitting insects and vectors is increasing and spreading while their traditional predators are dwindling in number.

“As a result, mosquitoes, including the malaria-transmitting Anopheles and the deadly dengue-causing Aedes Aegypti, are multiplying in great numbers further endangering the health of thousands of not only Filipinos but Asians,” Afuang said.

Bengwayan and Afuang believe bringing back the frogs which used to abound in the land with the communities’ help.

Dr. Luciana Villanueva, former BSU’s vice president for research and extension pointed out to this author, “We have no other recourse but to turn back to nature for help. The frogs are our most effective allies in the fight against the fearsome Aedes egypti mosquito.”

“We are rallying communities not to kill the frogs by not using insecticides for the fourth successive year and positive results are showing,” she added.

Villanueva informed that BSU team encourage locals to make ponds for frogs to naturally set in. They are also distributing pairs of male and female frogs to farmers and hobbyists.

Villanueva led scientists, community leaders, citizens and students last April 30 to celebrate and strengthen the annual International Save the Frogs Day which coincided with Earth Day.

BSU has set up a very large frog pond to increase frog population. “The population of frogs in the Philippines has decreased because of pesticides that destroyed large tracts of frog habitat”, she stressed.

“It must be brought back by urging communities to care for the remaining frogs, maintain a clean environment and through the passage and implementation of strict frog conservation laws,” Villanueva hoped as many students exhibited several ways in saving the frogs through posters, essays, poems, slogans, video and graphic illustrations..

The highly proactive environmental NGO Cordillera Ecological Center (CEC) based in the province on the other hand said through a statement released on Earth Day last year that the issue of Aedes egypti mosquito population increasing is due to global warming and death of its natural enemies..

CEC stated “Dengue epidemic in the Philippines occur annually in the later half of the year following onset of rainfall and increasing temperature. It becomes more pronounced on El Niño periods.”

“It is then important to have a moving average temperature (MAT) index yearly so that it becomes a signal or early warning device to the public that dengue will not only be a possibility but will be widespread in nature,” CEC explained.

“Unfortunately, the rapid rise of Aedes egypti’s population is being aggravated by the disappearance of many mosaquito predators like frogs, lizards, spiders, salamanders and other beneficial small wildlife, “ CEC said.

The CEC won the World Bank Environmental Award in 2008 for being able to determine the onset and spread of dengue-carrying mosquitoes by studying temperature increases.

“The rise of temperature favors disease-carrying insects while equally threatening beneficial small wildlife like amphibians and reptiles that prey on insect pests. For instance, four frogs are now extinct in the country. Global warming and chemicals have destroyed their habitats,” CEC emphasized.

The Declining Amphibian Population Task Force (DAPTF) of the International Union for the Conservation of Nature (IUCN) supports CEC’s revelation, saying ionizing radiation of ultraviolet B resulting from ozone layer depletion has something to do with the decline of amphibian population.

The decline of amphibian population worldwide, is overly evident in the Philippines. IUCN named the Philippines as one of the world’s top twenty biodiversity hotspots because of numerous extinct and vanishing living species.

And if the frogs aren’t saved, they may just end up in the long list of IUCN’s Red Handbook of extinct animals.