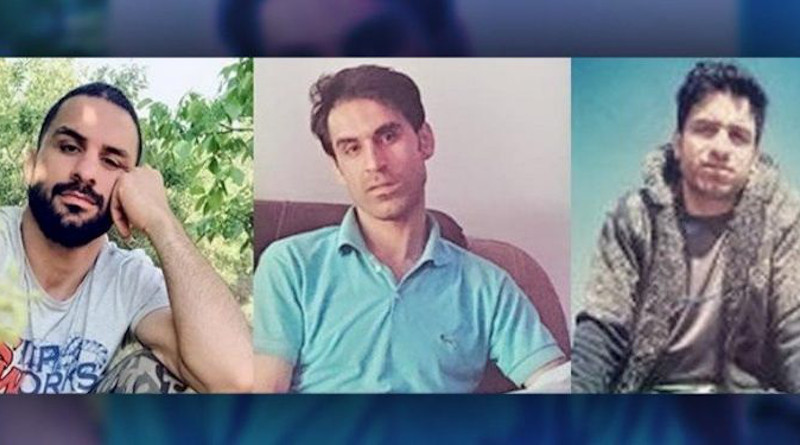 Death row Iranian protester Navid Afkari was transferred to an unknown location while his two brothers were beaten and transferred as punishment. The Afkari family has been outspoken in shedding light on the regime’s grossly unfair judicial proceedings. The transfer has sparked fears of Navid’s execution due to the regime’s history of secretly hanging political prisoners.

Navid’s lawyer told the Emtedad Telegram Channel that the three Afkari brothers were moved from their cells in Shiraz’s Adel Abad Prison in southwestern Iran.

“The Afkari family announced that Navid was taken to the public section of the prison as of Thursday and that they have lost contact with him,” Hassan Younesi told the Telegram channel that operates out of Iran.

Younesi said that the family later confirmed that his two other brothers, detained protesters Habib and Vahid, were also taken to an unknown location.

“Prisoners’ families have a right to know about the condition and health of their family members in prison,” the lawyer said.

Other sources said that Habib and Vahid were beaten and then transferred to the “Guidance Section”, where prisoners are kept as punishment.

An Iranian “reformist” activist also tweeted today that “Navid Afkari was transferred to an unknown location at 9pm on Thursday”.

“The family’s queries from prison authorities have been futile,” Mehdi Mahmoudian tweeted.

According to the Human Rights News Agency, Navid Afkari was transferred to a security section in Adel Abad Prison to cut off his connection to the outside.

The section is run by security forces and political prisoners are usually transferred there as punishment. Prisoners are not allowed to contact or visit with their families and cannot leave the section. Prisoners do not have easy access to fresh air and might be allowed to leave indoors once every few weeks.

The report also detailed the horrid condition of the “Guidance Section”, where the two other brothers, Vahid and Habib have been transferred.

Prisoners in this section do not have access to blankets and beds and are forced to sleep on a dirty, threadbare carpet. Prisoners’ heads are shaved upon their entrance to the section. The section lacks cooling and heating appliances. Prisoners do not have adequate access to showers, potable water, and phones. Prisoners are forced to drink water from the faucet or toilets. Prisoners convicted of dangerous felonies or prisoners who carry out felonies in prison are transferred to the Guidance Section as punishment.

Navid Afkari, a 27-year-old national wrestling champion was sentenced to six years and six months of prison, and 74 lashes for the murder of a security agent and his participation in 2018 protests in Shiraz. He has denied the charge and said in several audio files and letters from prison that he was forced to confess to the murder under torture.

“They pulled a plastic bag over my head and kept it there until I nearly suffocated. They brutally beat my hands, stomach, and feet with batons while using vulgar profanities and insults. They also tied me and poured alcohol into my nose,” he wrote in a letter from prison.

According to his lawyer, eyewitness accounts of the torture that were included in the protester’s dossier were ignored by the court’s judges, and his confessions under torture were used as evidence for murder.

Many politicians, including US President Trump, and famous athletes have called on the regime to halt the death sentence.

Navid’s death sentence has been confirmed by the Supreme Court and his request for appeal was rejected.

His two brothers Habib and Vahid were sentenced to overall 81 years of prison and lashes over protests in 2018.