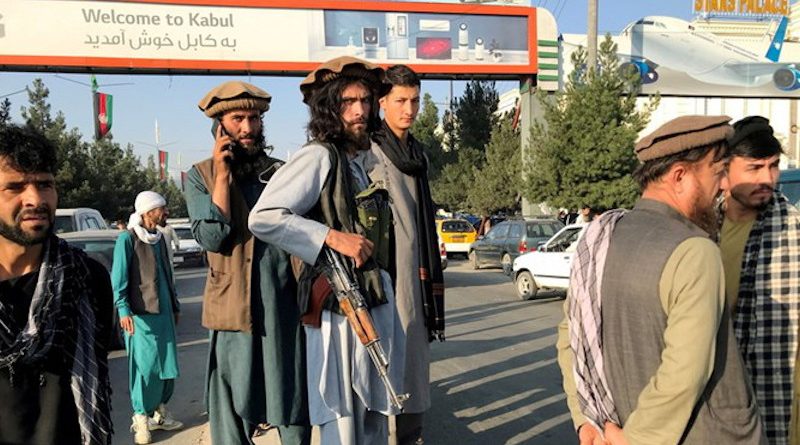 A top White House official pledged Sunday that the United States would find a way to get the remaining Americans out of Afghanistan if they want to leave, but a key Republican foreign affairs lawmaker said Taliban insurgents are blocking easy passage out of the Kabul airport.

White House Chief of Staff Ron Klain told CNN’s “State of the Union” show that U.S. officials believe “around 100” Americans remain in Afghanistan nearly a week since the U.S. military pulled its last troops out of the country after a nearly two-decade war against al-Qaida terrorists and the Taliban.

“We’re going to find ways to get them out if they want to leave,” Klain said, likely through the resumption of flights to Qatar. In addition, he said the U.S. would continue to try to help Afghans who assisted U.S. troops over the years to escape the country and life under Taliban rule.

But a key opposition lawmaker, Congressman Michael McCaul, the lead Republican on the House Foreign Affairs Committee, told the “Fox News Sunday” show that based on U.S. intelligence briefings he believes “hundreds of Americans” were left behind as the last U.S. military flights left Kabul last Monday. He said no U.S. citizens have gotten out of Afghanistan since then.

“The Taliban have been making demands, not clearing airplanes to leave,” McCaul said.

Officials in Afghanistan said at least four airplanes at the Mazar-e-Sharif airport that were chartered to evacuate several hundred people had been blocked from leaving. An Afghan official said the would-be passengers were Afghans, many of whom did not have passports or visas, while McCaul said the group included Americans and that six aircraft had been stalled.

He said the Taliban “want something in exchange,” full U.S. recognition of its control of the Afghan government.

“This is not a new and improved Taliban,” McCaul said, compared to the group’s conduct in 2001 when the U.S. overthrew it in an invasion targeting al-Qaida terrorists harbored by the Taliban as they planned the September 11 attacks on the U.S. that killed nearly 3,000 people.

He said that some Afghan interpreters who assisted U.S. troops over the years and are looking to leave their homeland have been turned back from the Kabul airport and forced to return to their homes to watch as their family members have been executed, including some beheaded, before the interpreters themselves are killed. McCault did not provide his source for this information or say how many had been killed by the Taliban.

“I’ve said all along [President Joe Biden] has blood on his hands,” McCaul said.

After the U.S. pulled its last troops out of Afghanistan last week, Biden forcefully defended his withdrawal in getting 98% of Americans out of the country as an “extraordinary success.”

Biden often has said he would not continue the American presence in Afghanistan as a “forever war.”

National polls in the U.S. show that Americans support Biden’s decision to leave the country but not the chaotic end to operations there. In the waning days of the U.S. presence, 13 U.S. troops were killed in a suicide bomb attack at the airport that Islamic State Khorasan, an Afghan offshoot of the terrorist group, claimed.