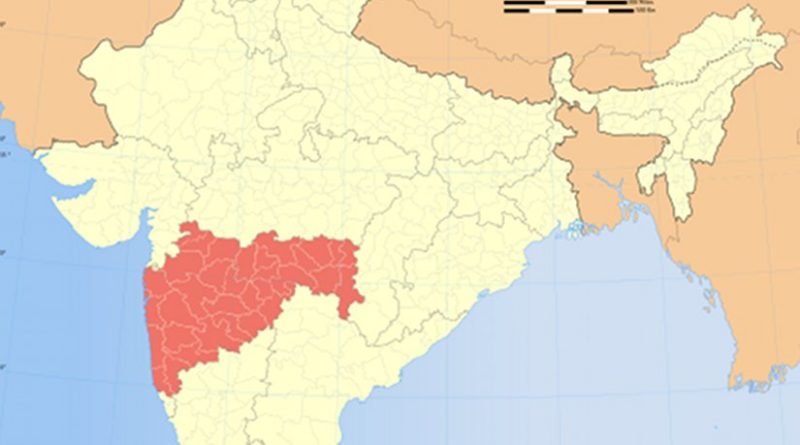 A ‘central committee’ (CC) member of the Communist Party of India-Maoist (CPI-Maoist), Sridhar Srinivasan alias Krishnan Srinivasan alias Vijay alias Vishnu, who was active in Mumbai, Pune and Vidarbha regions of Maharashtra, died of a heart attack on August 18, 2015, a CPI-Maoist press statement released on September 21, 2015 disclosed. Paying tribute to the deceased CC member, the CPI-Maoist said, “Comrade Sridhar’s martyrdom is a major blow to the movement”. Srinivasan was arrested by Maharashtra ATS in 2007 and after being convicted and serving a six year jail term, was released in August 2013. According to the press release, he continued to work for the outfit and he died on his way to meet his comrades.

According to media reports, Srinivasan played a key role in indoctrinating Arun Bhelke from the Deshbhakti Yuva Manch in Chandrapur to join the Maoist movement. Bhelke and his wife Kanchan Nanaware were arrested by the ATS in Pune in 2014. Srinivasan is also said to have guided an alleged Maoist Angela Sontakke, who was arrested in Pune with members of the Pune-based cultural front, Kabir Kala Manch, in 2011. Kabir Kala Manch was founded by Pune artist Amarnath Chandaliya in 2002, to ‘spread unity and communal harmony’. Chandaliya left the Manch in 2008 because of his differences with other young artists, and reportedly told the ATS that he held a few meetings with “Vijay” at the Empress Garden in Pune and Nariman Point in Mumbai in 2006. He stated that Sudhir Dhawale, editor of Vidrohi magazine, introduced him to “Vijay”. Dhawale was arrested in January 2011 for his alleged links with Maoists. A Gondia court acquitted him in May 2014.

The Maoists movement in Maharashtra had suffered heavily even before the eventual death of Srinivasan. After a dramatic consolidation of gains by the Maharashtra Police in 2013 against the Maoists, the State retained its advantage against the ultras in 2014, despite a major setback on May 11, 2014. The trend continued into 2015, with Maoist attempts at revival failing comprehensively, even as Security Forces’ (SFs’) successes continued to mount.

Two CPI-Maoist cadres, identified as Pramod Kachlami alias Dalpat, a ‘section commander’, and Ranju Majji alias Kummi, were killed in an encounter with the Maharashtra Police in Kondekal Forest near Gatta Phulbodi under the Dhanora Sub-division of Gadchiroli District on September 3, 2015. While Ranju’s body was found immediately after the encounter, security personnel recovered the Dalpat’s body on September 7. Three Police parties took on the combined strength of the Pendhri and Chatgaon dalams (squads) of the Maoists during the encounter. Gadchiroli Superintendent of Police (SP) Sandip Patil disclosed, “We had definite intelligence about a group of 20-22 Naxalites camping near Kondekal Hills. We pressed our parties into action and managed to engage the Naxals in an encounter that lasted for about 30 minutes. The group managed to flee, leaving behind the body of a woman Naxal and three .303 rifles, besides some other material…”

Earlier, around noon, on September 3, another encounter took place at Somanpalli under Sironcha tehsil (revenue unit). Though the encounter continued for about 30 minutes, there were no casualties. The Police recovered some Maoist literature from the location.

Protesting against the gunning down of two of their cadres, the Maoists set ablaze the Gadchiroli Forest Department’s range office and inspection room at Perimili on the Bhamragarh-Alapalli Road on September 10, after they had burnt down a gram panchayat (village level local-self government institution) office at Durgapur in Pendhri, Gadchiroli District, on September 9. They also called for a one-day bandh (shut down strike) in Dhanora tehsil on September 10 protesting the encounter. In a banner put up at Durgapur, the Maoists alleged that the Police ‘murdered’ the ‘section commander’ in a fake encounter.

According to the South Asia Terrorism Portal (SATP) database, eight civilians, two Security Force (SF) personnel and two Maoists have been killed in Maharashtra in LWE-related incidents in 2015, as of September 30. While both the Maoists were killed in one incident, the two SF fatalities also occurred in a single exchange of fire on March 22, 2015 in Hekker forest under Etapalli tehsil of Gadchiroli District. There have been just three encounters reported in the State in 2015, so far. It is clear that the Maoists are trying to avoid engagement with the Police, as they have been significantly weakened. The rebels have, however, already killed eight civilians in 2015, as against nine through 2014. Avoiding the Police and killing civilians appears to be a ‘back to basics’ strategy to keep their area of operation free of alleged ‘informers’.

16 Maoists have been arrested in the State in 2015, of which the arrest of a ‘cental committee’ member identified as K. Muralidharan aka Thomas Joseph aka Ajith from a hospital at Talegaon Dabhade near Pune on May 8, 2015, was a significant blow to the extremists. Another prominent catch was the arrest of a senior woman Maoist ‘deputy commander’ identified as Aruna alias Punai Devsingh Naitam (24), on January 22, 2015. A ‘deputy commander’ form Chhattisgarh, who had an INR 500,000 reward on his head, identified as Rasul alias Anil Shauri (30), was arrested on June 12, 2015 with two accomplices from Kasturba Hospital in Wardha District.

Further, 11 Maoists had surrendered (till September 30) in 2015, including a ‘section commander’, two ‘commanders’ and one ‘platoon commander’.

So far in 2015, the Maoists have caused one blast, on July 8, when they blew up a Range Office of the Forest Department at Decchli village under the Aheri tehsil in Gadchiroli District, using LPG cylinders meant for distribution among tribals under a Government scheme. There was no casualty in the incident. In 2014, Maoists caused three blasts. The Maoists were also involved in four incidents of arson in 2015, as of September 30, including the two recent incidents mentioned above. In 2014, one incident of arson by the Maoists is on record.

According to a letter recovered from an encounter site at Chichoda in Gadchiroli District, CPI-Maoist CC spokesperson Abhay had admitted that about 100 Maoists had been killed in the preceding year across India (SATP records a total of 99 Maoist fatalities in 2015). Abhay’s letter, written in Gondi for ground-level militia members, was issued on the occasion of the 11th anniversary of the outfit in September, 2015, and observed, “This is a very big loss to the movement.”

On August 4, 2015, while replying to a query by Jaywantrao Jadhav of the Nationalist Congress Party (NCP) in the Maharashtra Legislative Council, Chief Minister Devendra Fadnavis, admitted that the Maoists were trying to create a base in Mumbai-Nashik-Pune belt: “It has come to light that in the urban and industrial belts in these areas, the Maoists are trying to clandestinely propagate their ideology and are creating an impression that they are raising their voice on Dalit issues and attracting Dalit youth to the Maoist movement.”

With the significant operational successes by state forces, however, a sense of complacency appears to be creeping into the security establishment. According to an August 7, 2015, media report, critical posts in the Maharashtra Police relating to anti-Maoist operations have remained vacant for over a year. These included crucial positions such as the Inspector General of Police (Anti-Naxal Operations), Deputy Inspector General of Police (Gadchiroli Range) and Superintendent of Police Special Action Group (SAG), which had no full time officers assigned. In addition, even the post of Principal of the Unconventional Operations Training Centre (UOTC), where Maharashtra Police personnel train before induction into insurgency-affected regions, was filled after remaining vacant for months, just a few days before publication of the report.

The Maoists have been forced into a ‘tactical retreat’ and have suffered enormous – but not irreparable – losses, with the remnants of violence in Maharashtra now restricted to just one District (Gadchiroli). Complacency, however, could give the Maoists room to bounce back. It is useful to remember that this is something they have done, again and again, in the past.

Home » India: Maoists Pushed Against The Wall In Maharashtra – Analysis