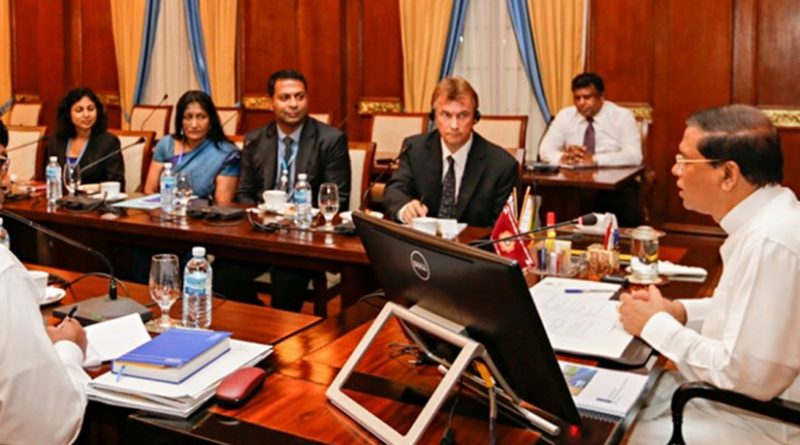 The relationship between Sri Lanka and the United Nations’ Organization (UNO) was strengthened as a result of the discussions had with UN Secretary General Ban Ki Moon during the UNGA sessions, said Sri Lanka President Maithripala Sirisena.

Sirisena was speaking to the officials of Development Program of the United Nations who met him at the Presidential Secretariat on Tuesday.

During this discussion, attention was paid on the required facilities for drinking water projects in Sri Lanka. Sirisena said he would give priority for the issues of under privileged people when solving the drinking water problem.

The UN officials made Sirisena knowledgeable about the funds for the projects for drinking water, agriculture, health and other sectors.

President Sirisena recalled assistance given by the UN Development Program for the development of this country, and added Sri Lanka expects that support in the future too.

Secretary to the Ministry of Mahaweli Development Mr. UdayaSeneviratne and Additional Secretary to the President RohanaKirthiDeiisanayake also participated in this discussion.