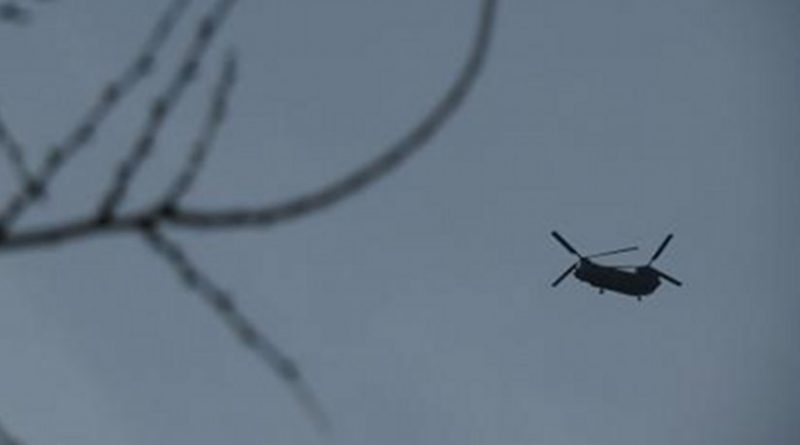 On 29 September, terrorists attacked a Shia mosque in Kabul’s district 10, when civilians were mourning Muharram, killing seven and wounding over 20. On 27 September, even as US Secretary of Defense James Mattis and NATO Secretary General Jens Stoltenberg were visiting Afghanistan, the Taliban attacked the Hamid Karzai International Airport in Kabul. This is the ninth major attack in the city this year. A closer look at the security situation in the city suggests that the present state-of-affairs has the potential to pose bigger problems for Afghanistan’s ruling National Unity Government (NUG).

2017 has been the deadliest year for the residents of Kabul due to incessant suicide attacks. Since March 2017, nine major suicide attacks have taken place in the capital. One of these attacks was so severe that it triggered protests by the residents in which they demanded security and called for resignation of heads of the security institutions and the national security advisor. In response, the police opened fire at the protestors, killing seven protestors and injuring several others, leaving them with the resentment that they are targeted by the government as well as by terrorists.

On 3 June, a triple suicide attack took place at the funeral of those killed during the protest, a ceremony at which Afghanistan’s Chief Executive Officer (CEO) Abdullah Abdullah, former Chief of the National Directorate of Security (NDS) Amrullah Saleh, Foreign Minister Salahuddin Rabbani and several MPs and Senators were present. This attack left 20 killed and over 87 wounded – merely days after the truck explosion in the ‘green zone’. More recently, a Shia mosque was attacked where several men and women were offering their Friday prayers. The attack claimed over 100 lives, mostly women. This attack highlights yet another aspect of the ongoing war in Afghanistan: targeting religious minorities to fuel religious divide. Moreover, kidnapping of foreigners is another major security threat in the city.

Following a series of deadly attacks, the NUG decided to fortify Kabul’s so called green zone to provide security for the presidential palace, the diplomatic quarters, and several ministry buildings. However, this knee-jerk reaction has done little to reduce violence and might in fact prove to be counter-productive for the NUG.

The fortification of the green zone was carried out by installing ‘security gates’ — metal frame-gates that accommodate the height of small cars and SUVs — at the main intersections and entrances leading to the green zone. This is a highly naïve response and extremely counterproductive in that it narrows down the government’s focus on the overall security situation in the country and gives the impression that the government is obsessed with providing for its own security rather than that of the citizenry.

Recently, when a fire broke out, fire trucks could not get through the security gates to extinguish the fire in time. Not only have these metal gates failed to provide any security, it has caused massive traffic jams and added to the erosion of local morale, because it suggests that the government is unable to prevent attacks and instead redirects them. At least four suicide attacks have taken place outside the metal-gate protected zone since they were set up. According to an April 2017 editorial by Daily Outlook Afghanistan, the Afghan security forces are unprepared to face the increasing insecurity and the NUG remains divided as far as devising a comprehensive security strategy is concerned.

Moreover, the fortification of the green zone implicitly sends the message to the Afghan public that the government is only concerned about ensuring the security of a small enclave that houses local and international elites while ignoring the rapidly deteriorating security situation experienced by residents living and working outside these metal-frame gates.

In February 2017, the Afghan government presented a four-year security plan to the Resolute Support (RS) mission headquarters, outlining how the combat capacity of the Afghan security forces should be enhanced, flagging changes like elevating commando units to a corps and incorporating the Afghan Public Protection Forces of the Ministry of Interior to the Ministry of Defense. Seemingly, the rise in insecurity in Kabul, and across the country, witnessed a rise after the introduction of the plan.

Across the country, the situation is only worsening, with fewer districts under government control and more falling to the Taliban. The situation requisites a thorough and serious rethink of the security policies in place and the general leadership of the security ministries. To complement that, the NUG also needs to swiftly and effectively address corruption in the security sector.

The NUG has a ready ground now. The US ‘Strategy in Afghanistan and South Asia’, announced in August 2017 by US President Donald Trump, clearly addresses where the safe havens of terrorists are located and which state is providing them support. Since the announcement of the strategy, the US officials have been loud and clear against Pakistan. Moreover, the US has also pledged US$ 7 billion in aid to strengthen Afghanistan’s air force. Therefore, building on the efforts made since 2011 for peace talks, the NUG needs to continue its efforts on the diplomatic front to find a political solution for the war on the one hand, and step up its efforts to strengthen its defence capacities, (including of its air force) on the other.

Merely focusing on the security of the green zone and the Presidential Palace, and according less importance to the general public has but tightened the noose around the NUG’s neck, because the government will not be able to sustain itself if it loses public confidence beyond a certain point.