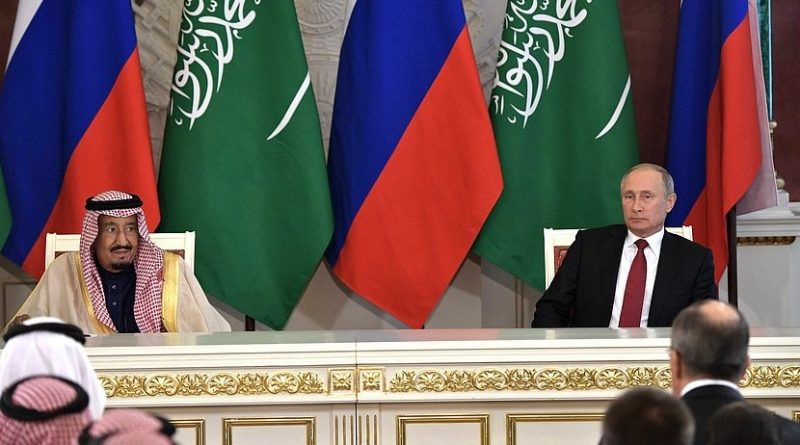 There has been way too much speculation about the ongoing state visit by King Salman to Russia. Understandably, the Syrian dossier has raised the most questions, given that Moscow and Riyadh support opposing sides in the conflict.

Given the high-profile visit and the billions of dollars being invested, the obvious question is whether or not Riyadh — which holds the brutal Assad regime responsible for the catastrophe in Syria — has conceded to Moscow on this front.

However, Saudi Foreign Minister Adel Al-Jubeir reiterated Riyadh’s commitment to its beliefs, and argued that improved relations with Moscow will help unify the Syrian opposition and get them to become more active in negotiations.

While this is not an immediate remedy for the suffering of the Syrian people, it goes without saying that closer cooperation between two highly influential capitals such as Riyadh and Moscow will definitely help find a solution, as opposed to each side taking its corner and refusing to engage positively.

After all, anyone who does not acknowledge Russia’s significance in the Middle East must have not been paying attention to the shrinking US role. This is a reality today thanks primarily to former President Barack Obama and his ill-advised foreign policy. As such, Riyadh — as a regional powerhouse — must engage with Moscow for the sake of its own interests and those of the region.

Not a question of ‘with us or against us’

More surprising — and uninformed — views about King Salman’s visit came in the form of a Newsweek opinion piece co-written by RAND analysts Becca Wasser and Howard J. Shatz. The two writers argue that the visit seems to want to leave the US “out in the cold.” But this cannot be further from the truth, and echoes former President George W. Bush’s infamous “you’re either with us or against us” approach to foreign policy.

With all due respect to the authors, it goes without saying that the Saudi-US relationship is a long-lasting strategic one. Like any relation it has its ups and downs, but no right-minded analyst can ignore the positive impact that President Donald Trump has had, or the fact that since this year’s Riyadh Summit, Saudi-US relations have reached unprecedented heights.

For an opinion piece in such a prestigious title to argue otherwise — and to do so citing the Kingdom’s decision to diversify its military arsenal and buy arms from Russia as proof —  does a disservice to Newsweek readers. Saudi Arabia, surrounded by hostile neighbors and militias, has a right to defend itself. And like any country in the world, it has a right to procure weapons that serve its defense requirements.

The Kingdom is also perfectly capable of maintaining positive relations with different countries, without these relations affecting its strategic and genuine partnerships with major allies such as the US. Last but not least, as significant as King Salman’s visit is, it is only a start and a step forward. There is a way to go, and much to do on both sides, before Saudi-Russian relations can be deemed strategic.

• Faisal J. Abbas is the editor in chief of Arab News. He can be reached on Twitter @FaisalJAbbas

Living in some of the richest countries in the world, a quarter of Roma and Travellers in Western Europe cannot