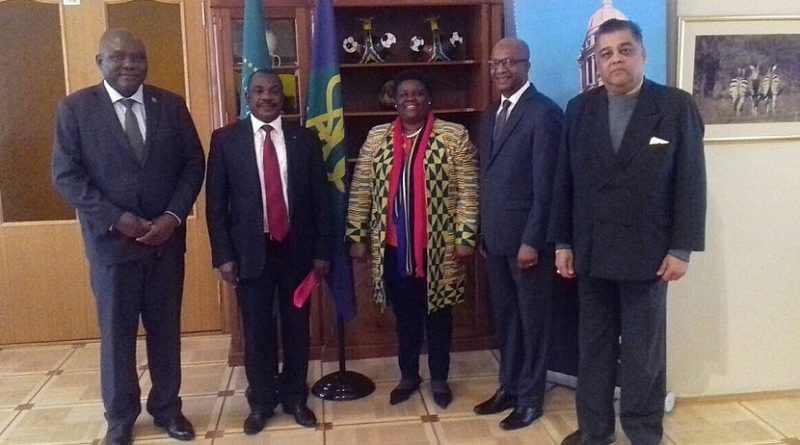 During the 37th Ordinary Summit of the SADC Heads of State and Government held on 19 – 20th August 2017 in Pretoria, South Africa, the Republic of South Africa was elected Chair of the SADC for the year 2017/2018.

The Organisation’s primary goal is “to promote sustainable and equitable economic growth and socio-economic development through efficient productive systems, deeper cooperation and integration, good governance and durable peace and security.”

High on the priority list of SADC is the implementation of the SADC Industrial Strategy and Roadmap 2015-2063, which recognises the necessity for the structural transformation of the SADC region through industrialisation, modernisation, upgrading, skills development, science and technology, financial strengthening and deeper regional integration.

During the 37th Summit held in Pretoria in August 2017, the SADC Heads of State and Government also noted progress in the implementation of the Industrialisation Strategy and Roadmap in specifically profiling of value chains in the three priority sectors of agro-processing, mining and pharmaceuticals and further urged member states to keep the momentum in developing and actualising the identified value chains.

SADC member countries are also engaged in efforts to forge bilateral relations between the 85 regions of the Russian Federation and their country’s regions. This is because of the recognition that linkages at the regional levels play a pivotal role in the strengthening of bilateral relations, particularly in the trade and people-to-people spheres.

Strengthening trade, investment and economic relations to the mutual benefit of both SADC countries and the Russian Federation remains high on the agenda of all SADC Embassies in the Russian Federation. To this end, on various occasions, Trade and Economic Ministers, and high-powered delegations have visited the Russian Federation; SADC Embassies participate regularly in Russian international investment forums and exhibitions such as SPIEF in St. Petersburg, Forum in Sochi, Far East Economic Forum in Vladivostok, INNOPROM Industrial Exhibition in Ekaterinburg, Moscow World Food Exhibition, Russia Agriculture Golden Autumn Exhibition, to cite here but a few.

In this context, SADC wishes to inform that the region hosts a variety of international exhibitions. SADC, thus, invites Russian business people to explore vast opportunities available in the member countries.

The SADC countries enjoy a strong convergence of principles and positions on multilateral issues with the Russian Federation, especially in championing peaceful resolution of conflicts and the primary role of the United Nations Security Council (UNSC) in the maintenance of global peace and security, human rights, multilateralism, the rule of law in international relations, the respect for the sovereignty and territorial integrity of states, the democratisation of the global governance system through the United Nations (UN), G20 and the BRICS Forum.

The SADC Embassies, bilaterally and collectively look forward to further strengthening bilateral relations in all spheres to the optimal level with the Russian Federation.