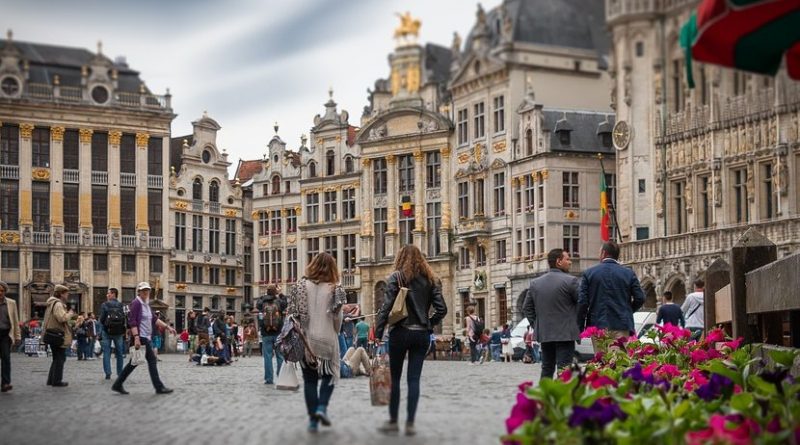 It’s not the first destination that comes to mind for a European mini-break, but Brussels turned out to be quite the surprise.

With a couple of days to spare in the UK, my travel partner and I decided to find the quickest — and most affordable — trip, and our search took us to the Belgian capital.

Tickets and hotel booked, we jetted off with little expectations except wanting to find the perfect waffle.

Landing in Brussels at noon, we headed straight to our hotel to drop off our bags, and were delighted it was a 12-minute drive from the airport. Our temporary home of choice was the ultra-affordable ($96 per night) Aloft Brussels Schuman in Place Jean Rey, a fuss-free four-star establishment that impressed with its laidback atmosphere and street-art-inspired rooms.

After that, we headed to one of the city’s most famous landmarks: Grand Place. Breathtakingly beautiful is an understatement; this UNESCO World Heritage Site — home to the city’s Town Hall and main museum — is so impressive it’s hard to take in its true scale.

A few blocks away is the Manneken Pis, a bronze statue that’s too cheeky to feature a picture of, but is so well-known we had to include it in our tour. The sculpture is said to be the best-known symbol of the people of Brussels, representing their “sense of humor and independence of mind.”

You could spend hours exploring this area. We stumbled upon Comic Strip Route, a trail featuring 50-odd colorful murals that represent the city’s comics heritage (Brussels is the birthplace of The Smurfs and Tintin, among others).

It was time to find a snack, and during our walk we passed by a tearoom that had a long queue outside. Surely a good sign? Turns out we were at Maison Dandoy, a Belgian institution dating back to 1829, known for its speculoos and waffles.

It was worth the wait. We had the best waffle we’ve ever eaten: freshly cooked, crispy on the outside, and fluffy on the inside. The addition of speculoos-flavoured ice-cream was delightful.

Later we made a final stop at Frit Flagey for a cone of Belgian frites — another oh-so-tasty local delicacy.

On our second day, we headed to the Atomium, an iconic building built in 1958 and renovated at a cost of €26 million in 2006. It’s certainly peculiar; but it’s the only place that offers a 360-degree view of Brussels. Strike it lucky with clear skies, and you’ll get a great experience.

Next to it is the mildly amusing Mini-Europe, a park that displays, you guessed it, mini replicas of monuments in the European Union, at a scale of 1:25. Cool spots were Big Ben — let’s face it, it will probably be demolished post-Brexit next year — and a real piece of the Berlin Wall.

A short walk away is the Brussels Expo. We came across a “Star Wars: Identities” exhibition that appealed to our inner nerd. Upcoming events include “Walking with Dinosaurs” and the Brussels Motor Show.

With the end of our trip fast approaching, there was just time for an early dinner. We saved the best dining experience to last. Mussels are a must-have, and we couldn’t have found a better place than Le Zinneke, a charming bistro serving up over 69 mussel dishes. We opted for the signature Fisherman’s Style — a delightful pot served in a vegetable and herb mix, with a side of Belgian fries. Each pot contains over a kilogram of mussels and, although the friendly staff may advise you take one each, we’d suggest sharing.

Brussels and its friendly people were a pleasant surprise, and we’d definitely return. And with its most famous foods being waffles, chocolate, fries and mussels, it’s the perfect stop for a halal break.

Home » The Mussels From Brussels: 48 Hours In Belgium’s Classy Capital