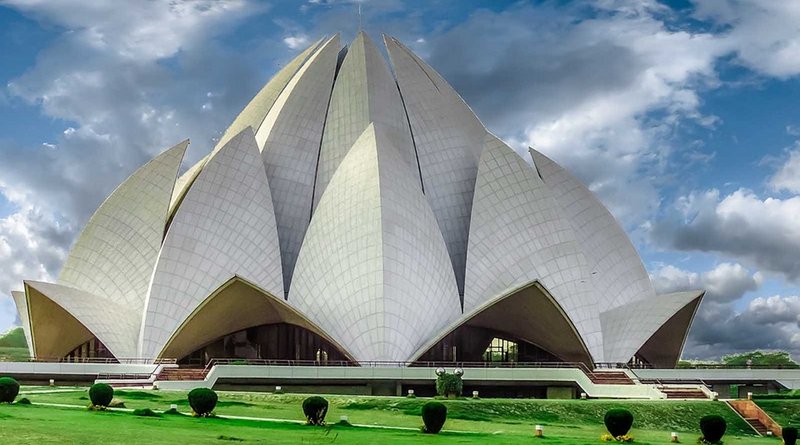 India has the largest number of Baha’is in the world today, followers of the world’s newest religion, which was founded in 19th-century Persia. Persecuted in their own country, they came to Bombay, which was already home to many Iranians, to purvey the message of their faith.

On 29 and 30 October 2019, India’s Baha’i community of about 1.8 to 2 million,[1] celebrated the 200th birth anniversary of the Bab, Siyyed Ali Muhammad Shirazi. This is a landmark event for the world’s newest religion and Bombay had an important role to play in its early dissemination[2].

The Baha’i Faith, a religion devoid of pageantry, ritual or a priestly class, is not as visible in practice the way followers of older religions, such as Hinduism are. The Bab (‘Messenger’), the most important historic figure in the Baha’i religion, proclaimed in 1844 that the arrival of a new Prophet (Baha’ullah) was imminent. This animated Messianic movements in Persia, like the Shaikhis and others (who became known as Babis). It also brought a violent backlash from the then ruling Qajar Dynasty and the orthodox Shia Ulema on grounds of religious heresy, impelling its followers to flee.[3] Even though the Baha’is are the largest minority in Iran today, they are still persecuted.

Most of the historic events to do with the Baha’i Faith took place in West Asia,[4] but  the port and city of Bombay played an important role in its early growth in the second half of the 19th and early 20th centuries.[5] The city provided refuge to the persecuted Babis, and later, Baha’is; it was a base from which the teaching spread; and the place where the faith’s earliest foundational texts, written by Baha’ullah himself, were printed and disseminated – to Persia and the  world.

Bombay’s sizeable Iranian population from the 1840s onwards was a draw and here was a foreign, multicultural setting where the teachings of the Bab and Baha’ullah could be imparted without fear of retribution.

The Baha’is believe that every Divine Revelation (whether Krishna, Zoroaster, or Baha’ullah, after whom they are named) are progressive manifestations of One God, each propagating teachings relevant for their times, and that Baha’ullah, the most recent Prophet to appear, is not the last. The Baha’i Faith emphasises internationalism and pacifism – anyone can access it without abandoning their own religion;[6] also important are gender equality, and development of the community, including that of the host country.

The Afnan family in Bombay

In Bombay, the first to play host to the early Babi and Baha’i teachers were the direct descendants of the Bab’s family, the Afnans, who had opened two trading firms, Messrs. Haji Sayed Mirza and Mirza Mahmood Co.,[7] as early as the 1850s, on Apollo Street within the city’s Fort precinct.  Mirza and Mahmood, and the merchant followers of the Bab and Baha’ullah, provided the logistical and monetary support for the spread of Baha’i teachings, such as the three tours of British India and the Indian Princely States that Baha’i preacher, Jamal Effendi, undertook from 1875 to 1896. Effendi made the Afnans’ office in Bombay his base.

A member of the Afnan family also set up the Nasiri Press in the city in the early 1880s, which was the first to print Baha’ullah’s earliest writings,[8] two in Persian and a third in Arabic. These holy books were distributed by Baha’is across Iran, the Ottoman Empire, North Africa, and India.

As the Baha’i teachers sent from Iran were Persian speakers, they were only mostly able to talk to other Iranians about their faith – and use some unorthodox ways to reach the young. Zena (Fozdar) Sorabjee [9], Vice Chairman of the National Spiritual Assembly of the Baha’is in India, recounts how her grandfather, Mehraban Behjat, was exposed as a young man to Baha’i teachings through a wise man, Mirza Mahram. The Bahai religion proscribes drinking, but rather than be prescriptive or judgemental, the teacher decided to use the convivial atmosphere of a bar to show how such indulgence could be misguided by pointing to an inebriated member of their own group. Shocked, all the young men turned instantly to this new religion.

Mahram also attracted into the Baha’i fold the first Hindu, the orthodox, well-educated Narayenrao Rangnath Shethji (Vakil), a lawyer in the Bombay High Court and in Surat.[10]

The spread of the Baha’i Faith among Iranians in Bombay (mostly Zoroastrians) led them, in turn, to take the teachings to family and friends during visits home to the provinces of Yazd and Kerman. Sheriar Nooreyezdan, an elderly member of the Mumbai community, and one who writes on the Baha’i Faith, remembers how his father, Faredoon, learnt of this religion in his village, Nasrabad (Yazd), through a visitor from Bombay. Bahmard Vajdi, his mother’s uncle, was the owner of New Edward Bakery in Bombay, for whom Faredoon later worked. “Vajdi was very outspoken and fearless in his views even in those days when it wasn’t safe to be known as a Baha’i in Iran,” says Nooreyezdan. His father was the first family member to recognise Baha’ullah as the World Redeemer as predicted in Zoroastrian scriptures and accept the Baha’i Faith.[11]

Many of Bombay’s early Baha’is undertook the arduous journey by sea to Haifa, Palestine, to visit the Shrine of The Bab, the House of Abdul Baha in Bahji or the caves in the nearby Fortress of Akka, where Baha’ullah was imprisoned. For example, Nooreyezdan’s father, Faredoon, set out on a pilgrimage in 1936. He took a steamer from Bombay to Haifa and arrived in erstwhile Palestine, then under British administration, in June that year. “Shoghi Effendi, Guardian of the Baha’i Faith and great-grandson of Baha’u’llah, was then away on work in Europe,” recalls Nooreyezdan. “My father stayed on in Haifa, working in the Baha’i Shrine gardens on Mount Carmel until the Guardian’s return. Shoghi Effendi then sent my father on two errands with messages to the Baha’is of Beirut and Alexandria.”

Nooreyezdan’s wife, Ruhi, also recalls how her parents, Faredoon and Shirin Mahabat, undertook the same pilgrimages in the early 20th century, but separately, indicating that many of the older Bombay Baha’i families were part of the circulations of pilgrims, teachers, and ideas between Bombay and erstwhile Palestine, the headquarters of the faith. Such close interaction could have led to the early institutionalisation of the religion in India. Bombay was home to the first Baha’i Local Spiritual Assembly in the sub-continent in 1911. This democratically elected body was set up at the village, town or city level, to administer the religious, educational, social and charitable activities of the community. Community members volunteer to conduct prayers on religious days and during rites of passage.

The first National Convention of Baha’is in India (which then included Sindh and Burma) was also held in Bombay in 1920 to elect the first Baha’i National Spiritual Assembly of India (NSA). It was upon a petition from the Burmese delegation at this Convention that Abdul Baha (the eldest son of the Prophet and interpreter of his writings), responded, permitting the building of a temple in the national capital. The Baha’i Lotus Temple, a spectacular structure, came up 66 years later (in 1986) in New Delhi, which is also the headquarters of the NSA.

Today, Mumbai does not have too many Baha’is – theirs numbers are difficult to ascertain. But the city’s importance to the history of their faith goes deep: Shoghi Effendi anointed Mumbai’s Baha’is as the “Mother Community” of India to enshrine the city’s singular role as an axis for the spread of the Baha’i Faith across the sub-continent and South East Asia.

[1] The Baha’i population in India is the largest in the world at 1,897,651 persons in 2015, with the United States having the second largest population after India of 512,864 in 2010. It is also considered the most geographically widespread religion in the world as it has a presence in every country with the exception of North Korea and Vatican City. https://www.worldatlas.com/articles/countries-with-the-largest-baha-i-populations.html  (Accessed on 24 September 2019) Also, http://www.bahai.in/bahai-faith-in-india/ (Accessed on 24 September 2019)

[2] For more information on the history of the Bahai religion, http://www.iranicaonline.org/articles/bahaism-i (Accessed on 20 September 2019)

[3] According to orthodox Islam, Mohammed is the last Prophet of God.

Baha’is have their own calendar of 19 months of 19 days each, which add up to 361 days. The four (or five days in a leap year) that are added are inter-calary days.

[5] Even as early as 1844, when the Bab proclaimed the coming of a Prophet, it prompted the allegiance of an Indian Muslim Sayyid Basir, who set off from Bombay for Iran. Basir became a prominent Babi and was executed one year after the execution of the Bab in 1950.

[6] Baha’ullah envisaged a globalized world without borders and with inter-dependent nations. A federal system of world government with a world parliament, judiciary, and army at its command, in order to enact laws and ensure peace across the globe. He also elucidated on a system of holistic education for all not only in their mother tongue but also in an international language that will help the removal of linguistic barriers between people.

[7] There are no descendants of the Afnan family in Mumbai anymore. According to Zena Sorabjee (interviewed on 9 September 2019), the Afnans’ never brought their families here but had trading firms in the city as it was a midpoint and important port that lay between Persia and China.

[8] The Nasiri Press was the first to print Baha’ullah’s earliest writings, three foundational texts on the Baha’i religion namely, the Book of Certitude, the Book of Laws, and The Secret of Divine Revelation.

[9] Zena (Fozdar) Sorabjee’s mother, Shirin Fozdar, was a globally renowned women’s right’s activist, and even when her husband Dr Khodabux Fozdar (among the early Parsis to accept the Baha’i faith) was posted to Singapore, she was very active in the struggle for women’s emancipation there.

[10] According to Prof. Dipchand Khianra, a former professor of Persian in the city’s Jaihind College, in his book Immortals (1988), “He (Vakil) was a seeker of Truth, he finally realised that Baha’ullah was the return of Lord Krishna and had come to bring unity among people of different religions.”

[11] Sheriar Nooreyezdan points out that by accepting the Baha’i Faith did not mean abandoning their Zoroastrian religion, as in fact the revelation of Baha’ullah as the World Redeemer is in fact a confirmation of their belief in the prophecies of their ancestral religion. (Interviewed on 11 September 2019)