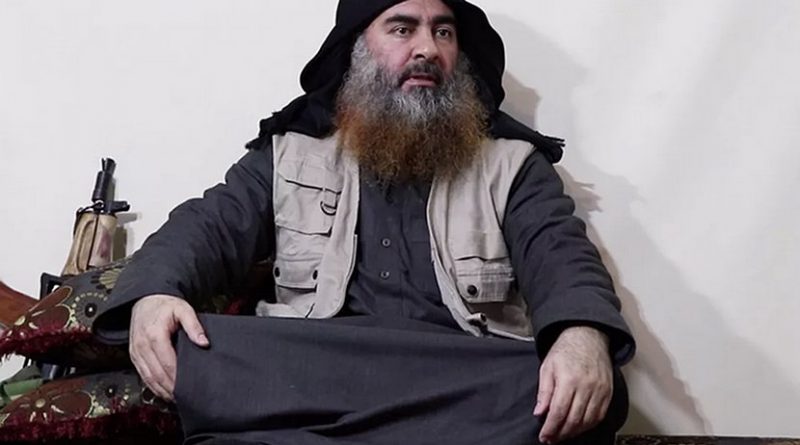 The taking out of the self-styled Caliph of Islamic State of Iraq and Syria (ISIS), Abu Bakr al-Baghdadi, by the American Special Forces in Syria, followed by the elimination of the supposed ‘replacement’ Abdullah Qardash and spokesman Abu Hassan al-Muhajir last week are significant blows that may be deemed as decisive in the global campaign against ISIS, from which the terror conglomerate may arguably never recover.1

In fact, these major setbacks come on the heels of the decimation of the ISIS proto-state straddling Syria and Iraq earlier this year and could be more devastating for the terror group than the killing of Osama Bin Laden proved for the al Qaeda when the United States (US) navy seals hunted him down in Abbottabad near Pakistan’s capital Islamabad (in a neighbourhood of retired military officers) in 2011.

At that time, the death of Bin Laden came as a major setback for the al Qaeda, in spite of being led by its notorious co-founder and Bin Laden’s closest aide Ayman al-Zawahiri. In fact, al Qaeda’s command and control structure has since weakened considerably and its leadership could not stop the defection of its foremost affiliate, the Islamic State in Iraq led by Abu Bakr al-Baghdadi in 2013. Within months of its establishment, ISIS managed to steal al Qaeda’s thunder by declaring itself a Caliphate in 2014 and becoming the foremost security threat for the world.

However, the fact that the same Caliph without a Caliphate this year was paying protection money for his own safety to the members of Hurras al-Deen, an unofficial al Qaeda affiliate and an avowed enemy of ISIS to stay clear of international coalition forces shows the deplorable situation in which the terror group’s core leadership finds itself today.2

The inability of ISIS to then protect Baghdadi’s supposed successor Abdullah Qardash and the declaration of a hitherto unknown name, a certain Abu Ibrahim al-Hashemi al-Qurayshi, as the leader of the group, “emir of the believers” and “Caliph”, has underscored the extent of the group’s decline.3 Paul Cruickshank, editor of CTC Sentinel of the Combating Terrorism Center at the US Military Academy, writes in his tweet: “Nobody — and I mean nobody outside a likely very small circle within ISIS — have any idea who their new leader ‘Abu Ibrahim al-Hashimi al-Qurayshi’ is”.4

Thus, struggling for its own survival, the ISIS seems to have appointed an incognito Caliph both for itself and the global Muslim community, who even if he exists appears too risky for it to identify for now.

As many of the ISIS’ high to mid-level leadership has been gradually eliminated in recent years, the big question is whether the group has any senior members left in their midst with any pretensions of being a theologian to assume the title of ‘Caliph’, or is the banditry of the group now fully in view. Perhaps, the invention of a fictitious Caliph, as the presently released name of the ISIS Caliph might suggest, may not be a bad idea for the group to gain mythic longevity. The terror group has added the sobriquet ‘scholar’ to the unidentifiable name of their new head honcho.

In spite of the severe crisis facing ISIS in Syria and Iraq at present, the threat of terrorism that the group and its affiliates pose at least in the short-to-medium term cannot be discounted. The ongoing civil unrest sweeping Iraq, Syria and Lebanon following acute political and economic mismanagement has worsened prospects for aspiring youth of the region, providing fertile ground for terrorism to flourish.5 With the escape of several ISIS inmates from Kurdish prisons in the wake of Turkish incursion of Syria, the likelihood of the group replenishing its ranks has increased.6

Then there is also the threat of ISIS carrying out reprisal attacks in the near future. In times of crisis, affiliates of a global terror network like ISIS come to the aid of the parent organisation and become more active in carrying carry out reprisal attacks in the unlikeliest of places to prove the deadly persistence of their threat to global security, as well as to revive their dubious reputation and depleted ranks. The Easter Sunday attacks in Sri Lanka within a month of ISIS’ loss of territory in Syria and Iraq in late March this year, is a case in point. Therefore, ISIS’ recent warning to the US against rejoicing Baghdadi’s death should not be taken lightly.7

However, the possibility of total decimation of ISIS gives the world an opportunity to take the fight against global terror to several localised jihadist groups operating across the world before they forge new cross-continental alliances and give rise to a larger terror conglomerate to fill in the prospective void left by the ISIS. The focus should be on the terror groups operating in failed or failing states, particularly in Pakistan, Afghanistan, Yemen, Central and East Africa as well as in Southeast Asia.

For several years, al Qaeda has been steadily increasing its influence in Asia and Africa as the global focus has been fixed on ISIS. The unlikely discovery of Baghdadi in the hideout of its supposed enemy which is supposedly linked to the al Qaeda also raises the prospect of feuding jihadist groups increasing their cooperation and conducting more joint operations in the future, as they resist their imminent pulverisation. Therefore, it would be unwise to give too much credence to stories of their internal discord, even though Turkey has reportedly created a wedge between Hayat Tahrir al-Sham and its parent group al Qaeda to wean away its fighters for a Sunni front against Bashar al-Assad’s military in Syria, the Iranian forces and Shiite militias.8

It is possible that the ISIS may not survive the decisive blows it has sustained in recent times. However, countries around the world, particularly the Indian security agencies, should remain vigilant against terror attacks in the near to medium term and the possibility of ISIS morphing into a more lethal variant of the erstwhile group. We may have only scorched the snake, but not killed it yet.

*About the author: Dr. Adil Rasheed is Research Fellow at the Institute for Defence Studies and Analyses, New Delhi.