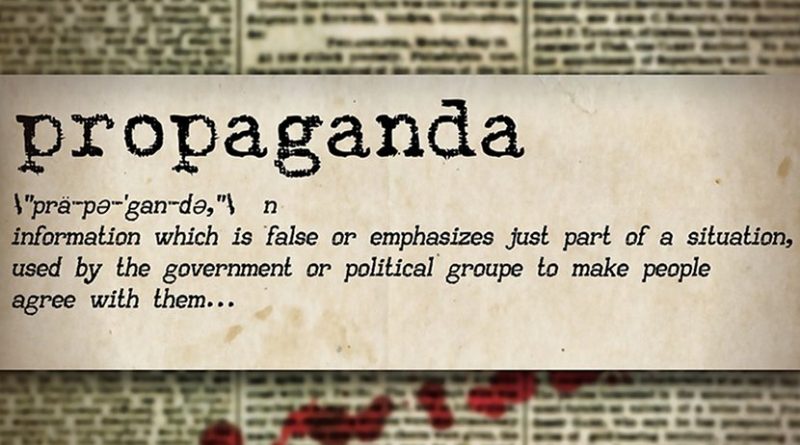 The 2020 election has revealed jaw-dropping levels of “liberal” or progressive bias in the media, from the increasing ascendance of woke language, enforced by the thought police, to deliberately ignored issues and information considered uncongenial to those dominating the agenda. To many, it seems as if the power being exercised against freedom of uncoerced and uncensored expression had metastasized full-blown out of almost nowhere. However, that ignores the fact that the bias extends beyond the media, to think tanks and “research” devoted to creating ammunition for the left/progressive conclusions the media loves to reach, and this bias has been around for a substantial period of time.

An excellent example of the production of the groundwork for the bias infusing media today is “research” published in 2003, in the American Psychological Association’s Psychological Bulletin. Supported by $1.2 million in federal money, “Political Conservatism as Motivated Social Cognition” supposedly provided an “elegant and unifying explanation” for political conservatism. If you have been paying attention this year, some of its themes will seem familiar.

The authors found resistance to change and tolerance for inequality at the core of political conservatism. While proclaiming their findings to be nonjudgmental, they also concluded that conservatism was “significantly linked with mental rigidity and close-mindedness, increased dogmatism and intolerance of ambiguity, decreased cognitive complexity, decreased openness to experience, uncertainty avoidance, personal needs for order and structure, need for cognitive closure, lowered self-esteem; fear, anger, and aggression; pessimism, disgust, and contempt.”

The researchers also equated Hitler and Mussolini with Ronald Reagan as “right-wing conservatives…because they all preached a return to an idealized past and favored or condoned inequality in some form.” And the types of inequality conservatives supposedly favored included the Indian caste system, South African apartheid, and segregation in the US.

Of course, according to the study, that “does not mean that conservatism is pathological or that conservative beliefs are necessarily false, irrational, or unprincipled.” But its authors certainly implied it.

“Conservative” and “liberal,” as well as “progressive,” are adjectives that have been converted into nouns. But adjectives modify something else. That means the questions that must be addressed if bias is to be avoided include what it is someone is trying to conserve, in what ways whether we are liberal is to be judged, and what is to be considered progress.

America’s history illustrates these distinctions. Our founding was radical although it sought to conserve what the colonists considered their rights. America was liberal in trying to provide the broadest possible sweep of individual freedom against government coercion. It was tremendously progressive in its recognition of inalienable rights for all (a long way from the “conservative” divine right of kings). And it was brought together under a constitution our founders intended to conserve that vision, which was considered a beacon of hope to the world.

Trying to restore or conserve that vision does not logically categorize one with Hitler, nor does every politician who has sworn “to preserve, protect and defend [i.e., conserve] the Constitution of the United States” belong in that category. America’s past proves the folly of a study that makes no distinction between those desiring to conserve the power of governments to be massively abusive of its citizens and those seeking to conserve the ideal of a government constrained from such abuse, by returning to a prior approach where such abuses were off-limits. When such diametrically opposed positions are both given the same label, it produces misunderstanding, not insight.

In addition to equating political conservatism with some of history’s most egregious abuses of human liberty, which are plainly inconsistent with conservatism’s principles, the study employed sleight of hand to characterize conservatives as condoning inequality while implying that others do not.

Given that all men are not equal in all ways, inequality is unavoidable. Inequality of results is unavoidable if people are treated equally under the law—the form of equality our founders defended. However, efforts to mandate more equal results are inconsistent with treating citizens equally, as Ludwig von Mises, Friedrich Hayek, and others committed to liberty have demonstrated. For the government to give to some requires taking from others without their consent, violating their rights to equal treatment. Yet the APA study simply ignored the inequality of treatment inherent in such policies, and so misrepresented conservatives as favoring inequality even when they are, in fact, combating government-imposed unequal treatment.

The study also denigrates conservatives for close-minded resistance to political change, presumably in contrast to more open-minded liberals and progressives. However, rather than closed-mindedness, hesitation to adopt sweeping changes in government originating in someone’s imagination might represent the frequently reinforced recognition of politically imposed changes’ consistent track record of failure. As economist Paul Heyne once put it: “economic theory often treats proposals for reform of the economic system so unkindly…[it] calls attention to the unexamined consequences of proposals for change. It won’t work out that way is the economist’s standard response to many well-intentioned policy proposals. Realism is not necessarily conservatism, but it often looks quite similar.” And when inherited rights and freedoms are the objects being conserved, conservatives and libertarians are fellow travelers.

America was founded to protect the freedoms of every citizen from government coercion. One need not be a genius to recognize the value of conserving that. But this Psychological Bulletin “research,” now almost two decades old, missed that point entirely, by treating all resistance to change as equivalent, regardless of the value of what is being defended, and by misrepresenting American conservatives’ views on inequality, as well as other cheats. Far from being an “elegant and unifying explanation” for political conservatism, it was just one more libel against it.

Unfortunately, in the seventeen years since that article was published, what careful thinking would once have recognized as slander disguised as science has seeped into much of our political culture as all but unchallengeable truths. And freed from the necessity of valid premises, as logic would require, those motivated to shift social cognition “their” direction have changed thinking considerably over time. But that is not the same as better representing the truth.

A more accurate result of such research would have been that many self-proclaimed conservatives have deviated from the principles they espouse. That deserves criticism. But it does not establish that all those principles are in error. However, such a more accurate and limited conclusion would have forced those who constantly work against attempts to defend our freedoms from encroachment to face the fact that they are further, rather than closer, to the ideal of liberty that led to America’s creation. And that wouldn’t move the electoral needle in their desired direction.

The 2020 election results will be a test of earlier liberal/progressive “investments” in modifying how Americans think about things. But at this point, perhaps more important will be whether, after the fact, people recognize how much they have been manipulated, which is the first step to thinking more accurately, which must precede learning to effectively resist that manipulation.

*About the author: Gary M. Galles is a professor of economics at Pepperdine University. He is the author of The Apostle of Peace: The Radical Mind of Leonard Read.