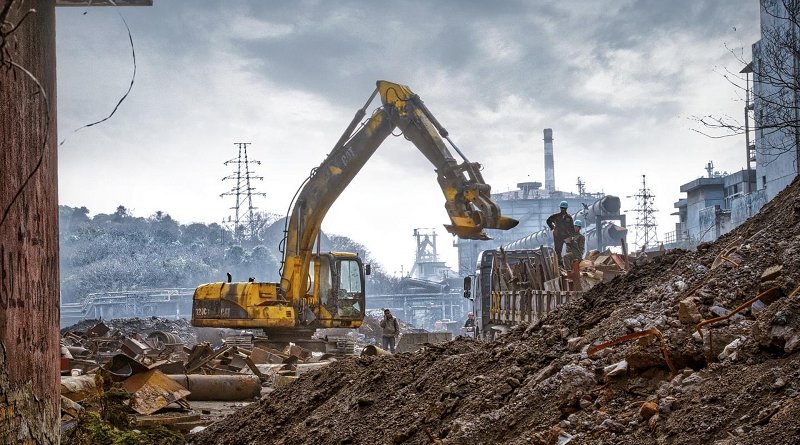 The labor market continued to rebound from the spring shutdown, adding 638,000 jobs. The unemployment rate fell another percentage point to 6.9 percent. This still leaves the number of jobs 6.6 percent below the February level.

This is striking since these two sectors usually are the most hard-hit in a recession. By contrast, they are faring relatively well in this pandemic recession.

Other sectors adding large numbers of jobs include retail, which added 103,700 jobs, restaurants which added 192,200 jobs, and the temporary help sector, which added 108,700 jobs. Health care added 58,300 jobs, as people are returning to doctors and dentists for routine checkups and care.

State and local governments continue to be hard hit, with both losing 65,000 jobs in October. Further job loss in these sectors are virtually certain given the large budget shortfalls most governments are facing, unless additional support comes from Washington. The coal industry also lost jobs, with a decline of 1,100 jobs to 43,200. This is the lowest level ever recorded, with the exception of the shutdown month of April.

The picture in the household survey was mostly positive. In addition to the 1.0 percentage point drop in the unemployment rate, there was also a modest 0.3 percentage point rise in the labor force participation rate, reversing a drop the prior month.

This is encouraging since people often give up looking for work and drop out of the labor force after long periods of unemployment. Long-term unemployment (more than 26 weeks) rose 1,151,000 in October to 3,556,000. If we don’t see stronger job growth soon, many of these workers are likely to see lasting harm to their labor market prospects.

For Asian Americans the drop was 1.3 percentage points to 7.6 percent. The unemployment rate for Asian Americans is typically somewhat lower than for whites. The higher rates in the pandemic recession likely reflects troubles faced by many restaurants and other small businesses owned by Asian Americans.

Over the course of the recession, there has been a sharp drop in multiple job holders, with the number now standing at 17.8 percent below the year-ago level. This is consistent with a sharp fall-off in the number of people voluntarily working part-time, which now stands 12.4 percent below its February level.

Among prime age workers (ages 25 to 34), the biggest hit has been to women, who have seen a 5.4 percentage point drop in their employment rate since February. The drop for men in this age group has been a bit less at 5.1 percentage points.

One promising item in the household survey was a rise in the share of unemployment due to voluntary quits to 7.0 percent. This is still well below what we would see in a healthy labor market, but it does indicate workers’ increased confidence in their labor market prospects.

It was difficult to make much sense of the wage data in prior months, since compositional changes were dwarfing the impact of wage growth for workers in the same job. However, the annualized rate of hourly wage growth over the last three months (looking at just July and October) has been 2.0 percent. This is more than a full percentage point slower than its pre-pandemic level, which is not surprising given the weakness in the labor market.

On the whole, this is a surprisingly positive report. It appears that the resurgence of the pandemic did not have a major impact in slowing job growth. However, with infection numbers hitting new records almost daily, that seems unlikely to be the case much longer.