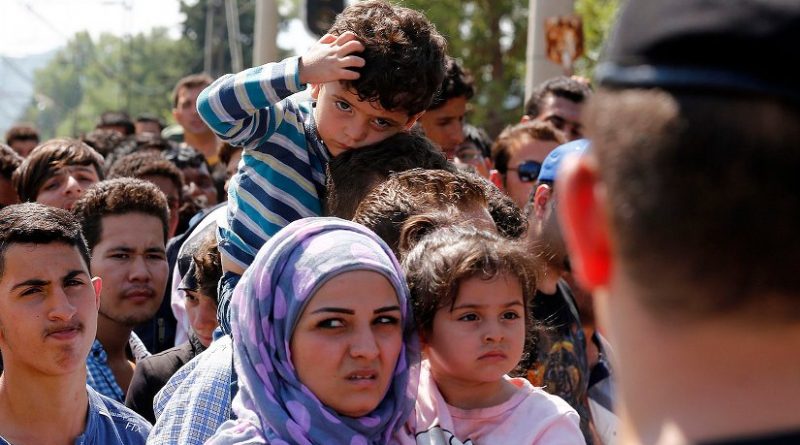 The EU keeps reminding the countries of the region that 20 years after the end of the Balkan wars, the progress achieved in terms of reconciliation between different ethnic groups has been way too scant. However, this refugee crisis should serve as a reminder to us all that peacebuilding is not an end-process, and peace itself is not a goal that, once attained, can be considered ‘done’.

With the wars of the 1990s still branded in the collective psyche of people in the Balkans, recent scenes of thousands of refugees from the Middle East transversing the area have prompted uneasy memories of our past hardships. They have also offered a sobering reminder of how fragile a human life is, and how world affairs most severely affect those who have the least responsibility for such calamities.

Impact on the Region

The refugee crisis has profoundly impacted the region, both positively and negatively. Like the catastrophic floods of 2014, which united erstwhile enemies in joint acts of solidarity, the refugee crisis has mobilised people throughout the region to unite and channel aid to places where it was most needed. Once again, the humanity of ordinary people prevailed, transcending the ethnic and national borders that politicians constantly entrench.

In a stark contrast to their citizens, Croatian and Serbian politicians exploited the crisis to exchange mutual attacks, invoking the war-mongering rhetoric of the 1990s. Overwhelmed by an unrelenting flux of refugees streaming through their two countries – exacerbated by Hungary’s decision to seal its borders with Serbia and Croatia – they blamed each other for inefficient handling of the crisis. This muscle-flexing culminated with the temporary closure of the border between the two countries, which incurred huge economic losses for both. Serbian and Croatian leaders were only unanimous in their condemnation of Hungary’s stringent refugee policy, claiming that – unlike Hungary – they had no intention to erect any walls or fences.

However, in a joint effort to alleviate the crisis and expedite the movement of refugees through their territories before the winter encroaches, Croatia and Serbia signed a protocol on border co-operation in late October. By providing free train transportation, which enables refugees to bypass border crossings where they had frequently been stalled, the two countries demonstrated that solutions do exist when there is a political will to pursue them.

Neither Croatia nor Serbia are final destinations for refugees, who are determined to find sanctuary in Germany or Scandinavia. It is highly disputable whether their comments on refugees would have been as understanding and welcoming, if they had been final destinations. Leaders in both countries warned that their countries are not to become ‘migrant hotspots’, with Croatian PM Milanović reiterating that ‘we have hearts, but we also have heads’.

Lessons for the EU

Croatia (already an EU member) and Serbia (aspiring to EU membership) have competed to demonstrate their adherence to ‘European values’ and behave in line with ‘European standards’. The EU itself has contributed to the crisis, through its lack of political will to reconcile internal differences and respond adequately.

In an attempt to defend her more lenient refugee policy, German Chancellor Angela Merkel warned about the possibility of ‘military conflicts becoming necessary again’ in the Balkans. By suggesting that conflicts in the region are inevitable, Merkel implied an almost innate proclivity of its people towards wars and instability. Such portrayal of the region reveals a hegemony within the EU, delineating the lines of its periphery. Sadly, it also shows that Europe has not learned a basic lesson from the Yugoslav wars – not to revert to stereotypes that conveniently exonerate the EU from taking action. Instead, it should acknowledge that it does have a responsibility to act, and that whatever occurs at its broad periphery has a profound effect on the entire continent.

Another lesson from the 1990s that has been ignored is the importance of conflict prevention. It is usually too late, too expensive and too ineffective to merely ‘manage’ a conflict or crisis once it is already rampant. Indicators of an impending crisis must not be ignored, however far away they appear. The refugee crisis, therefore, should not have come as a surprise, because millions of Syrian refugees have been living in camps in Turkey and Jordan since 2011. But this has been ignored, and until this summer was perceived as ‘their’ problem.

It was only when people started drowning on the shores of Europe and suffocating in the trucks of traffickers exploiting human misery, that the EU found itself confounded and required to find a solution.

The solution, however, will not come in the form of a quick financial fix, as recently promised by the EU and the UN to countries on the Balkan route in order to ‘deal with the migration crisis’. By doing that, the region will be turned into a buffer zone or protective belt, created to prevent further refugees’ flows into the EU. That would make it a place that will forever remain at the periphery of Europe, and will always be seen as a junior ‘other’, only capable of producing conflicts and crises, dependent on outside help.

The EU keeps reminding the countries of the region that 20 years after the end of the Balkan wars, the progress achieved in terms of reconciliation between different ethnic groups has been way too scant. However, this refugee crisis should serve as a reminder to us all that peacebuilding is not an end-process, and peace itself is not a goal that, once attained, can be considered ‘done’.

*Mirjana Kosic is the co-founder and executive director of TransConflict Serbia, an organization undertaking conflict transformation projects and research throughout the Western Balkans.

This article was originally published by Insight on Conflict and is available by clicking here.