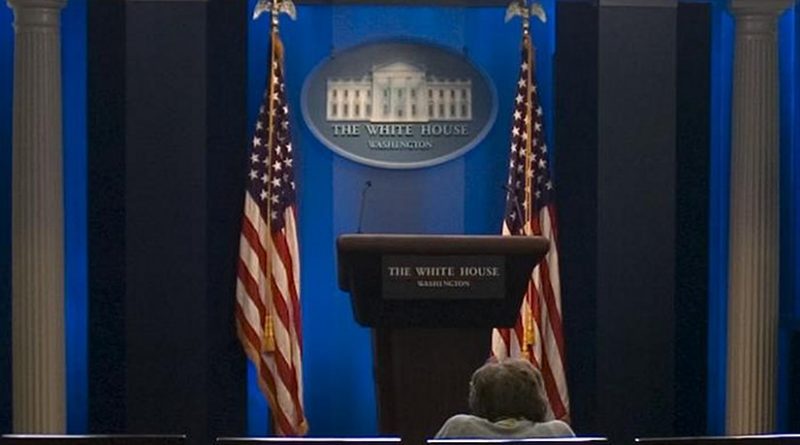 It has always been my contention that much of the blame for the failure to bring peace to the Middle East is the result of the outright bias of much of the mainstream American news media. Such media outlets claim to champion free speech but are hypocritical in practice, applying double standards when it comes to certain issues.

For sections of the mainstream news media in the US, you can be obnoxious and disrespectful to an American president, but you had better not cross the line when it comes to challenging Israel.

When Trump suspended Acosta’s White House accreditation for badgering him during a press conference on Nov. 7, much of the mainstream American news media went into a “free speech” rage. The media outburst against Trump’s action was deafening. They went berserk with criticism of the ban, arguing that Acosta has the absolute right to question an American president, asserting that denying him access to the president’s press conferences was a violation of the US Constitution.

In the tsunami of media protests against Trump’s action, CNN filed a lawsuit in the federal court. Dozens of mainstream news operations then filed briefs in support of CNN and Acosta.

“While President Trump has made it clear he does not respect a free press, he has a sworn obligation to protect it. A free press is vital to democracy, and we stand behind Jim Acosta and his fellow journalists everywhere,” CNN declared in a contemptuous attack against Trump.

Chief New York Times White House correspondent Peter Baker said on Twitter: “This is something I’ve never seen since I started covering the White House in 1996. Other presidents did not fear tough questioning.” The White House Correspondents’ Association, which advocates for news media freedoms, called the revocation of Acosta’s access “unacceptable.”

Despite Acosta’s confrontational and disrespectful conduct, the mainstream news media largely came down hard on Trump. It has been tougher on Trump than on any previous chief executive.

A federal judge on Nov. 16 ordered Acosta’s White House access restored. Days later, Trump introduced new rules for reporter conduct at press conferences, limiting journalists to one question and one follow-up. The president had narrowed his focus on Acosta’s obstreperous confrontation, in which he had asked multiple questions, became argumentative with the president, and even resisted when a White House intern tried to take the microphone away.

CNN’s aggressive defense of Acosta’s right to challenge Trump was in sharp contrast to its rapid abandonment of Hill, an African American who CNN favored as a paid commentator and who often criticized Trump. Hill was a speaker at the UN-sponsored International Day of Solidarity with the Palestinian People on Nov. 28. During his 21-minute review of Palestinian-Israeli history, Hill criticized Israel’s policies and cited the 60-plus laws Israel has adopted to discriminate against Palestinians “because of their religion.”

He referred to the Palestinian suffering of 1948 as the “Nakba” (catastrophe) — a word banned in Israel — detailed Israeli atrocities against Palestinian civilians in Gaza and the Occupied Territories, denounced Israel’s illegal settlements, and called for justice for all, regardless of religion. Hill ended his remarks by explaining the need for “international action that will give us what justice requires, and that is a free Palestine from the river to the sea.”

Before he could explain his comments, CNN fired him. He was not allowed to explain that he was speaking about applying “equal rights” and “human rights” inside Israel and the Occupied Territories. Instead, CNN reacted swiftly to the avalanche of attacks against Hill from the Israeli right. For example, Israeli Consul General in New York Dani Dayan had called Hill “a racist, a bigot and an antisemite” — the usual name-calling used by Israel’s powerful lobby to bully any critics of the country.

Hill protested CNN’s action, tweeting: “I support Palestinian freedom. I support Palestinian self-determination. I am deeply critical of Israeli policy and practice. I do not support antisemitism, killing Jewish people, or any of the other things attributed to my speech. I have spent my life fighting these things.”

When it comes to “free speech,” CNN portrays itself as a strong advocate; except when such speech is too critical of Israel.