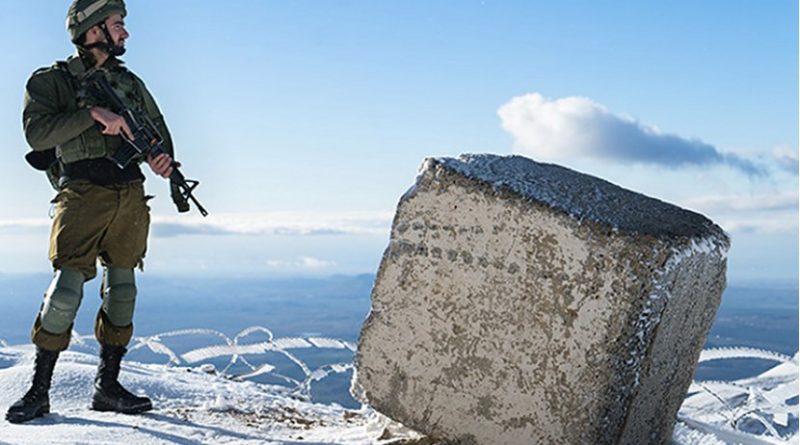 Israel is now back from the brink after a tumultuous fortnight, first on the edge of war and then with its government on the verge of collapse. The controversial ceasefire agreement with Hamas, the armed group that controls Gaza, is holding up while Prime Minister Benjamin Netanyahu’s government has managed to stay together even after losing a coalition partner. However, the situation could boil over yet again.

For one, the rocket fire from Gaza last month — 500 missiles poured in on border communities, resulting in Israel bombing 160 Hamas targets — was only the most recent in a series of such firefights that have repeatedly pushed Israel and Gaza close towards a full scale military confrontation. Also, since 30 March this year, Gazans have been regularly, and often violently, amassing at the border fence with Israel to demand that Palestinian refugees and their descendants be allowed to return and that Israel lift the blockade. The campaign was supposed to be six weeks long–from March 30 to May 15–but has continued to simmer over these past months.

In fact, thousands demonstrated in Gaza even during these past two Fridays–however, this time, Hamas kept them away from the fence as part of the Egypt-mediated ceasefire agreement. The agreement also allowed for Qatari cash to be delivered into the coastal enclave and other economic concessions. These are expected to ease the pressure on Gazans in return for a more durable quiet on Israel’s southern border but the agreement stands on fragile ground.

The Ramallah-based Palestinian Authority (PA), which is the internationally recognised representative of all Palestinians but only controls the West Bank, has also criticised the agreement because it undercuts its own dwindling authority. The PA is led by the Fatah party which was violently ousted from the Gaza strip a decade ago–since then, several reconciliation efforts have failed and the two remain at loggerheads. In fact, it was the PA that recently stopped paying for civil servants’ salaries, electricity and fuel subsidies for Gaza so as to turn up the public pressure on Hamas. It hoped that Hamas would eventually accede to PA’s authority and agree to the reconciliation plan from last year. But the firefight with Israel, the subsequent resignation of the Israeli defence minister, and the brief respite brought by the ceasefire deal only boosted Hamas’ credentials in Gaza; leaving the PA further isolated.

In Israel too, the ceasefire agreement has many critics, particularly in the southern border communities. These critics would like to see a tougher response to Hamas, though that’s hardly a long-term solution. Past military campaigns have taken a toll on civilian life and property without eroding Hamas’ ability to re-build its terror infrastructure. Israel has struggled to establish credible deterrence against Hamas. And now, it has other security concerns, such as Iranian presence on its northern border with Syria. A risk-averse Netanyahu would rather have the situation in Gaza ‘managed’ than erupt in a regional flare-up. This explains his support for the ceasefire agreement which has since become a political hot potato in Israel.

On 14 November, Defence Minister Avigdor Lieberman resigned and pulled his hard-right Yisrael Beiteinu party from the Likud-led ruling coalition to protest the ceasefire which he viewed as a capitulation to terror. Soon after, Education Minister Naftali Bennett and Justice Minister Ayelet Shaked of the right-religious Habayit Hayehudi party also threatened to follow suit. Netanyahu reined them in but the ruling coalition now stands on a paper-thin majority. It has only 61 seats in the 120-seat Knesset.

The tenure of the current government ends in November next year and the Prime Minister can call for elections any time before that (but the vote can only be held at least three months after the election is announced). What Lieberman sought to do with his resignation was to force an early election.

The timing here is important. First, Netanyahu is in a weak spot — facing criticism for the rocket fire from Gaza and the ceasefire agreement. Second, Lieberman’s own tenure as defence minister has been below par, and his supporters feel he hasn’t delivered on his hardline credentials. By resigning on account of the ceasefire, he distanced himself from what his voters see as the government’s capitulation in Gaza and also positioned himself as a challenger to the right of Bibi. His numbers have since improved though he is hardly a serious contender for the post of prime minister.

Lieberman isn’t alone in favouring an early election. Bennett also made the same calculation. That’s why he publicly blackmailed the Prime Minister and demanded the defence minister’s post — in a bid to position himself as the next leader of the Right. However, his electoral stunt flopped when Netanyahu called his bluff, and he had to backtrack.

Also wanting an early election (but reluctant to trigger one just yet) is Finance Minister Moshe Kahlon and his centre-right Kulanu party which made a stellar debut in 2015. Polls show that if elections were held now, it wouldn’t do as well; but Kulanu might glean away some Likudniks while Netanyahu’s chips are down.

Netanyahu has responded to all of this by presenting himself as the adult in the room: the statesman who negotiated for peace and quiet while the politicians pushed for war and sought to bring down the government during a national crisis. And now that his government has lived to see another day, Netanyahu’s focus will be on delaying the election as much as possible. This may seem odd given that he was desperate to have early elections only a few months ago –when his poll numbers were high and before his corruption cases caught up. But now, the situation has changed.

In the first quarter of 2019, the attorney general is expected to decide on whether to indict the prime minister in these cases. Even if he decides against an indictment, Netanyahu would not like to go to polls around that time.

But he would also not want an election campaign that’s drawn out over a year till next November with a fragile coalition at the helm. Either way, the polls suggest that he has a good chance of winning, but given his personal and political troubles, he will need more than just the winning votes.

He will need the numbers to build a strong coalition that will ultimately protect his four-term legacy that matches only with that of Israel’s first prime minister, David Ben-Gurion. Meanwhile, his opponents will be preparing for the day after Netanyahu is no longer the prime minister. They would want to make sure they are at the right place at the right time.

What does all of this mean for India? The upheaval in Israeli domestic politics is unlikely to impact India-Israel ties in any significant way. The relationship enjoys bipartisan support in Jerusalem and can be expected to continue along the present path even in a post-Netanyahu era. However, internal political equations as well as the nature of the new coalition government will of course impact how Israeli leaders deal with the Palestinian issue. Netanyahu, for example, doesn’t like large military confrontations; he prefers smaller targeted operations that can be controlled. His successor may have a different approach. The latter may also have to deal with the possibility of the PA collapsing altogether. This will upend Israel’s security equation with the West Bank. For now, India has successfully de-hyphenated its Israel-Palestine policy but this might be challenged in case domestic instability — both within Israeli and Palestinian political circles — leads to another regional conflagration.

(Mayuri Mukherjee is a security studies scholar at the Tel Aviv University, Israel)