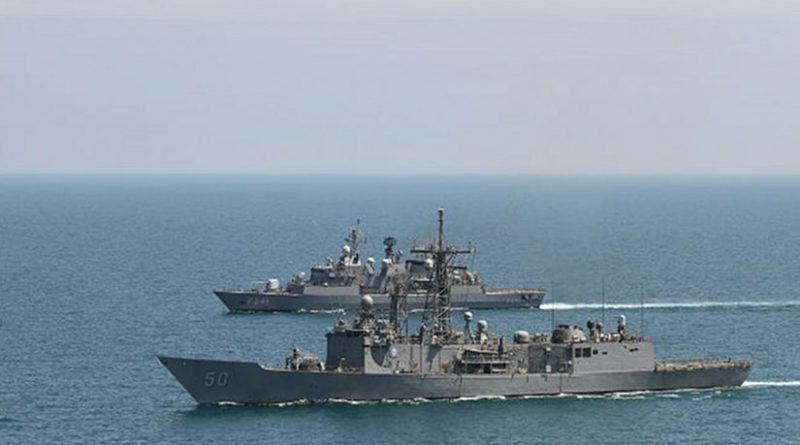 (RFE/RL) — CNN has reported that the United States is making plans to sail a naval warship into the Black Sea, a move that comes with tensions remaining high between Ukraine and Russia.

The channel reported December 5 that U.S. military officials have asked the State Department to notify Turkey of possible plans for a ship to pass through the Bosphorus and the Dardanelles, the waterway which bisects Istanbul and which connect the Mediterranean to the Black Sea.

CNN cited three unnamed U.S. officials as the source for the report, which could not be immediately confirmed.

A decades-old treaty requires that all countries that do not have a Black Sea coastline are required to give Turkey 15-days note when their warships plan to transit the waterway.

Two of the unnamed officials told CNN that the plans weren’t set in stone, and that the notification was merely to provide the Navy the option to move a warship into the area.

“We routinely conduct operations to advance security and stability throughout the US 6th Fleet area of operations to include the international waters and airspace of the Black Sea,” Commander Kyle Raines, a spokesman for the U.S. Sixth Fleet, which oversees naval operations in the region, told CNN.

“We reserve the right to operate freely in accordance with international laws and norms,” he said.

NATO, which has several Black Sea member states, and the United States have routinely sent warships patrolling the Black Sea, despite Russian concerns.

During the 2008 Russia-Georgia war, Washington anchored the flagship for the U.S. Sixth Fleet– the USS Mount Whitney– off the coast of Georgia, in a sign of support for the country.

The reported plans come with tensions soaring between Kyiv and Moscow over the naval confrontation on November 25. Russia fired on Ukrainian ships that were attempting to pass under the massive Kerch Strait Bridge, which links the Russian mainland with Crimea.

Russia ultimately seized three ships, and 24 Ukrainian sailors, and has put them on trial on charges of illegal border crossing and other charges.

The Russian moves have all but cut off access for Ukrainian ships to the Sea of Azov and Mariupol, an important Ukrainian trade port.

Under a 2003 treaty, Russia and Ukraine agreed to share access to the Sea of Azov. However, since the 2014 annexation, and the completion of the Kerch bridge earlier this year, Russia has slowly restricted access for Ukrainian ships.

According to CNN, the last U.S. ship to enter the Black Sea was the fast transport ship USNS Carson City in October.

Meanwhile, a Ukrainian official said on December 4 that Russia has partially unblocked Ukrainian ports in the Sea of Azov and allowed some Ukrainian ships to pass through the Kerch Strait.