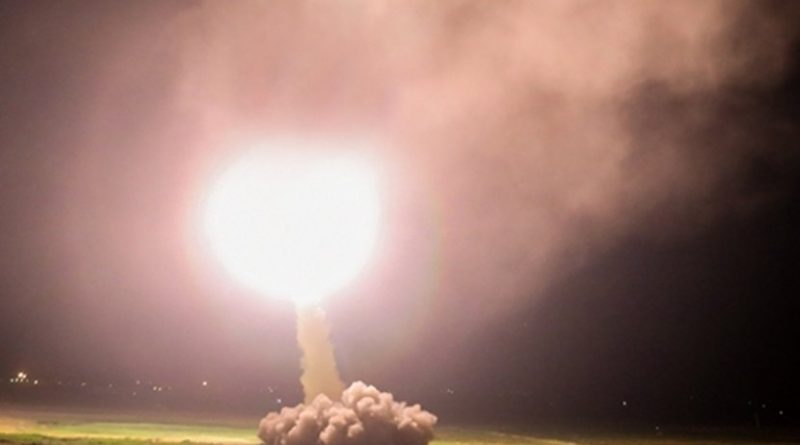 Iran’s missile tests continue to be a very big deal for the United States and some of its NATO allies.

For a start, these tests are of particular concern because Western focus on missiles reflects their interest in eventually shifting away the current global focus on Saudi Arabia, their biggest weapons customer, over the grisly murder of Washington Post columnist Jamal Khashoggi on 2 October at the Saudi consulate in Istanbul. The murder triggered an international crisis that has put Saudi Arabian relations with the US and others to the test. They want this to end and that’s why Iran’s missile tests are a big deal for them.

It gets interesting to note that all missile related activities of Iran are in full conformity with the relevant provisions of the UN Security Council Resolution 2231, which endorses the Joint Comprehensive Plan of Action – the official title assigned to Iran’s 2015 nuclear deal.

In fact, it is the United States which has violated the resolution, and portraying Iran’s ballistic missile program as inconsistent with Resolution 2231 or as a regional threat is a ruse by Washington and company to overcome the Khashoggi crisis in a dignified way – and to save Crown Prince Mohamed bin Salman, a troubling figure who even put his own mother on house arrest!

This also hints why, from a rational American perspective, Iran test is so important. The US is putting heavy pressure on the European Union to escalate its economic pressure on Iran, and the EU is failing to mitigate US sanctions. As the EU would like to bolster Iran’s economy as an incentive to stay in the nuclear deal which is so important for Europe’s security, the EU faces a tough choice. Although the EU is trying to appease Iran, not all member states are equally on board. France and Britain, for example, are also two of the biggest arms suppliers of Saudi Arabia. But they are under pressure to halt their arms supplies over Khashoggi. That’s why they also appear to be concerned by Iran’s missile tests and support escalated action at the UN Security Council.

Their amenability to action is further strengthened at the broader strategic level by the fact that they want to appease Israel. That brings us to the Israeli factor. Even as the EU disagrees with the US and Israel over Iran’s alleged regional threat, they recognize that Israel is dancing increasingly close to the ultimate battle: turning Syria into a battleground to strike at Iran. The EU is desperate to avoid Israel crossing this line as it risks a regional conflagration.

That brings us to the final point: the possibility that Washington’s bogus concern about Iran’s missile tests reflects American-Saudi-Israeli intensions to derail the nuclear deal and start a new war in the Middle East. They want escalation with Iran and oppose the international community’s desire to maintain some measure of calm in Iran relations. By putting missiles on the spotlight, they might be attempting to tie EU’s hands against deescalation and any kind of cooperation with Tehran.

The truth is out there. Iran’s missile program is for deterrence and it seeks no escalation with any country. But it is prepared to defend itself against any military aggression. It will stay in the nuclear deal if it sees the economic benefits. As for the Khashoggi saga, recent statements by US President Trump indicate that the killing is unlikely to produce a major economic impact in the form of sanctions against Riyadh. At least in terms of trade and investment, the US and Europe are unlikely to alter substantial aspects of the relations.

From the stability of oil flows and weapons supplies to undermining the regional influence of Iran, there is too much at stake in the links between the West and Saudi Arabia to afford a major disruption in the relations over just one murder. At the outset of the Khashoggi crisis, for instance, President Trump made it clear that the $350 billion arms and security deal would not be jeopardized. Then again, the US and Europe, while defending their own economic and geopolitical interests, also have to maintain the anti-Iran narrative to justify their complicity in Saudi war crimes and crimes committed against humanity in Yemen.

Such is the complex paradox lying at the core of baseless accusations against Iran, bogus concerns about its missile tests at the UN Security Council, and the hesitations and embarrassments in the West about the Khashoggi case and a wrecking ball called MBS.