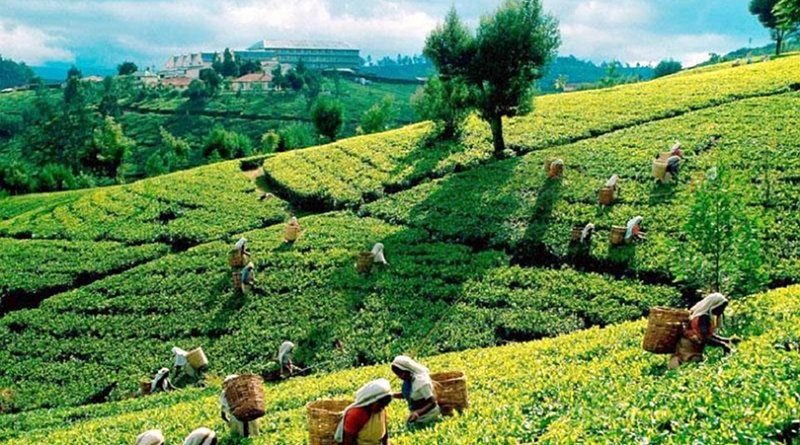 The annual Conference of the Parties of the Framework Convention on Climate Change (COP25) began in Madrid on December 2, largely unnoticed in Sri Lanka which is just settling down after a bruising presidential election. But given the critical importance of climate change to this beautiful island with its miles of unspoilt beaches, populated low lands, breathtaking tea covered mountains, and weather dependent agriculture, it should have received more attention.

Sri Lanka became party to the Paris Accord of 2016, an agreement within the United Nations Framework Convention on Climate Change (UNFCCC), dealing with greenhouse-gas-emissions mitigation, adaptation, and finance, on September 21, 2016.

COP25 was moved to Madrid after original host Chile, beset by ongoing and widespread social disorder, requested in late October for it to be moved elsewhere.

Some 50 world leaders were expected to attend COP25, although a notable absentee was U.S. President Donald Trump, who, in 2017 announced his country’s withdrawal from the 2016 Paris Accord. The leaders of Russia, China, Brazil and India were also missing from Madrid. The Paris Accord which involved a mix of compromises was largely the work of a handful of world leaders, including President Obama and president Xi Jinping.

Writing on the subject at the time, I expressed my concern that while a great effort was made by all negotiating parties to accommodate the USA as much as possible, given the U.S. reluctance to become party to the Kyoto Protocol, it would be a forlorn hope to expect the world’s second biggest emitter of green house gasses to remain faithful to its own commitments.

Similarly, I doubted whether the goals of the Accord to increase the ability of parties to adapt to the adverse impacts of climate change, and make “finance flows consistent with a pathway towards low greenhouse gas emissions and climate-resilient development” would be realised.

The speaker of the U.S. House of Representatives Nancy Pelosi will be present in Madrid, leading a congressional delegation.

Greta Tintin Eleonora Ernman Thunberg, the young Swedish climate activist and the initiator of the school strikes for climate in September 2019, which were attended by over four million people, will be there too.

Speaking at the opening of COP25, an emotionless, almost dull, UN Secretary-General António Guterres somberly noted that “By the end of the coming decade we will be on one of two paths, one of which is sleepwalking past the point of no return,” He also asked “Do we want to be remembered as the generation that buried its head in the sand and fiddled as the planet burned?” The other pathway, Guterres said, was to aim for carbon neutrality by 2050”. “There are calls from young people to do more, much more. They know we need to get on the right path today, not tomorrow, and COP25 offers us an opportunity.”

Ever since the UNFCCC was adopted in 1992 in Rio and was followed up with the Kyoto Protocol in 1997, the world has heard similar dire warnings from a succession of Secretaries-General and the scientific community. While some countries have heeded these forecasts of gloom and doom and begun to take necessary action, the countries mainly responsible historically for the current state of affairs have not chosen to proactively adopt the mitigation measures so desperately required.

Climate change is becoming the most important global environmental challenge, with implications for food production, water supply, health, energy security, coastal settlements, forest ecosystems, coastal economies, etc. Addressing climate change requires a good scientific understanding as well as coordinated action at national and global levels. Unless global action is taken in a coordinated manner, humanity may be doomed to suffer seriously from what we ourselves have caused to the climate in our headlong and uninformed rush towards development.

The required global reduction of carbon emissions has more than doubled from 3.3 percent 10 years ago to seven percent now, while the world was “still waiting for transformative movement from most G20 nations” responsible for three-quarters of carbon emissions. Some progress has occurred but not enough to ensure global sustainability.

Hoesung Lee, the chair for the Intergovernmental Panel on Climate Change, has said “immediate reductions [of carbon emission] have powerful benefits for all sectors of society”.

Sri Lanka needs to take climate change extremely seriously and the policy platform of the newly elected President, Gotabhaya Rajapaksa, has recognised this factor. His platform, if faithfully implemented, will place Sri Lanka at the forefront of environmentally responsible countries.

There are clear signs that the country is already a victim of something unusual happening to the climate. The regular and familiar weather patterns of the past do not seem to occur any more. Droughts devastate crops more regularly with reservoirs drying up visibly while heavy and unseasonal rainfall has also become a major threat, causing floods, landslides and deaths. Climate related deaths, which were not a common experience for this country, also appear to have increased. Over 21% of the population is still engaged in agriculture, and this is not a happy situation to be in. Although the cricket season starts in October and lasts till March in the Western Province, largely because it used to be the dry season, heavy rains and floods have become a disruptive feature of this period.

Climate change is expected to cause other challenges to the island. It is expected that the warming of the ocean will cause fish stocks to migrate further away from the equator in search of lower temperatures. With over 145,000 thousand people dependent on fisheries, this may result is widespread unemployment. Exacerbating poverty levels

Furthermore, with tourism being identified by the newly elected Government as a 10 billion Dollar industry for the near future, sea level rise will have a devastating impact. The millions of Dollars currently being invested in coastal resorts exploiting the country’s fabled golden beaches may turn out to be a mistake. The tourism industry needs to take account of the possible effects of climate change and focus on the other attractions, of which the country is blessed with abundance.

It is not likely that whatever measures that Sri Lanka will take alone will have a major impact globally on the growing threat of climate change. But if one were to follow the adage that every bit helps, then Sri Lanka has an important role to play. It has bravely taken a lead role in the past in global fora on different issues.

Sri Lanka now has the opportunity to contribute to initiatives undertaken by the Association of Small Island States (AOSIS) and Small Island Developing States (SIDS) to put pressure on the big emitters to mend their ways. Sri Lanka has and could play an important role within its own neighbourhood.

Regional neighbours such as the Maldives and Bangladesh are at the forefront of activism designed to put pressure of the big emitters. Both countries are staring at the possibility of going underwater, fully or partially, in the not too distant future due to sea level rise.

Both large neighbours, India and Pakistan, are severely water stressed. Bhutan and Nepal are likely to be victims of glacier melt. The SAARC Convention on Cooperation on the Environment was signed during the Sixteenth Summit. The Convention has been ratified by all Member States and entered into force with effect from 23 October 2013 and this could be further enhanced.

Sri Lanka would also be well advised to take note of growing NGO demands, especially in Europe, to restrict imports from countries which do not comply with the Paris Accords. While these demands may be in their infancy now, the barely camouflaged measures could actually become protectionist or political. The possibility remains. Abandoning the commitments made in Paris to curtail fossil fuel use and reverting to coal and oil based power generation might prove to be extremely short sighted.

We know that species extinction is occurring at an unprecedented pace, including in the seas and oceans. Global warming is contributing substantially to this phenomenon. Species adaptation to changing weather and climate factors is threatening the livelihood of millions who depend on the oceans and seas for their living. Fish swim away from familiar habitats to areas where the temperature is more conducive to their existence.

Attempts to arrest global warming have received storms of verbal support but not much by way of practical action, particularly from the major emitters of green house gasses. Some in positions of power have even challenged the overwhelming scientific view in order to cultivate uninformed electoral support.

In Sri Lanka, the population needs to be better informed by the authorities and adaptation mechanisms introduced. At COP 25 in Madrid, we need to encourage thinking that would balance economic consolidation and advancement and the conservation of the environment for our children. Our future must not be left to the whims of those who thrive on selfish ignorance.

*The writer is former Ambassador and Permanent Representative of Sri Lanka to the United Nations, and former Foreign Secretary.

Home » Climate Change: What Is In Store For Sri Lanka? – OpEd