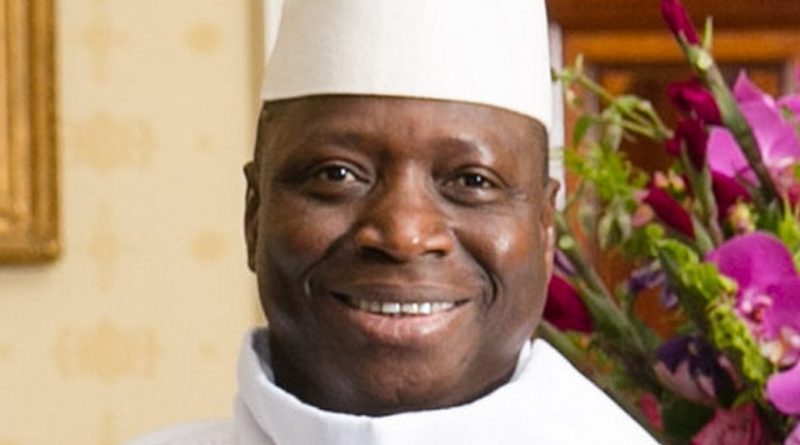 A Gambian truth commission has heard testimony that former president Yahya Jammeh was responsible for numerous grave crimes during his 22 years in office, Human Rights Watch said. These include ordering the killing and torture of political opponents, the murder of 56 West African migrants, and “witch hunts” in which hundreds of women were arbitrarily detained.

Jammeh also allegedly participated in the rape and sexual assault of women brought to him. On December 5, 2019, the Gambia Truth, Reconciliation, and Reparations Commission (TRRC) will conclude its first year of publicly televised hearings.

The hearings, which included the testimony of victims and former government officials, highlight the need for a criminal investigation of Jammeh, who has lived in exile in Equatorial Guinea since his departure from Gambia in January 2017.

Human Rights Watch also released a new video, “Truth and Justice in The Gambia,” highlighting the work of the truth commission and the victims’ quest for justice.

“The truth commission is systematically amassing evidence of Yahya Jammeh’s alleged crimes,” said Reed Brody, counsel at Human Rights Watch who works with Jammeh’s victims. “Thanks to the commission’s work and to the courage of the survivors, we are learning more each day about the horrors and brutality that Gambians endured over 22 years.”

As of November 28, the truth commission had heard 168 witnesses, including 74 former government “insiders” such as 4 ministers, the chief of police, the chief protocol officer, a presidential bodyguard, and military junta members. Former members of the “Junglers,” Jammeh’s elite hit squad, named the former president in a series of crimes that they claimed to have carried out, including:

The truth commission also heard testimony from Fatou “Toufah” Jallow, the winner of the main state-sponsored beauty pageant in 2014, that Jammeh raped her when she was 19. And a protected witness testified that that Jammeh hired her as a “protocol girl” and promised her a scholarship, but when she refused sex, he fired her and withdrew the scholarship. Together with Jammeh’s former protocol chief they provided further evidence of a system, described in a June 2019 report by Human Rights Watch and TRIAL International , in which aides regularly pressured women to visit or work for Jammeh, who then sexually abused many of them.

Since November 11, the truth commission has been holding hearings on the 2009 “witch hunts” in which foreign “witch doctors” (or marabouts) and soldiers took up to 1,000 women to secret detention centers and forced them to drink hallucinogenic concoctions, with several reported deaths and rapes. The former Gambia police chief, Ensa Badjie, testified that Jammeh had ordered the “witch doctors” to identify “witches” in the police force. Multiple witnesses reported that that soldiers and state vehicles accompanied the marabouts and that the head of their security team was a prominent “Jungler.”

The Truth, Reconciliation, and Reparations Commission has said that future sessions will examine in detail the killing of the 56 West African migrants as well as Jammeh’s “presidential treatment program,” in which HIV-positive Gambians were forced to give up their medicine and put themselves in Jammeh’s personal care. The commission has one year remaining in its mandate, though an extension is possible.

The truth commission hearings have been widely followed on radio and television throughout the country. The Point newspaper and the African Network Against Extrajudicial Killings and Enforced Disappearances (ANEKED) publish digests of each three-week session.

One of the commission’s tasks is the “identification and recommendation for prosecution of persons who bear the greatest responsibility for human rights violations and abuses.”

Earlier this year, the government released several “Junglers” who testified to their alleged crimes after spending two years in custody, pending the commission’s recommendations on whether to prosecute them. Many victims’ groups decried their release.

In March, an official Gambian commission and the Organized Crime and Corruption Reporting Project, an investigative reporting platform, accused Jammeh of stealing up to $1 billion from state coffers.

“I want to see Yahya Jammeh in court, not just for what he allegedly did to my father, but for all the murders, the rapes, the torture,” said Fatoumatta Sandeng, daughter of Gambian opposition leader Solo Sandeng (whose murder in custody in 2016 galvanized opposition to Jammeh) and who is now spokesperson for the Campaign to Bring Yahya Jammeh and his Accomplices to Justice. “We victims need justice before we can reconcile and move on.”