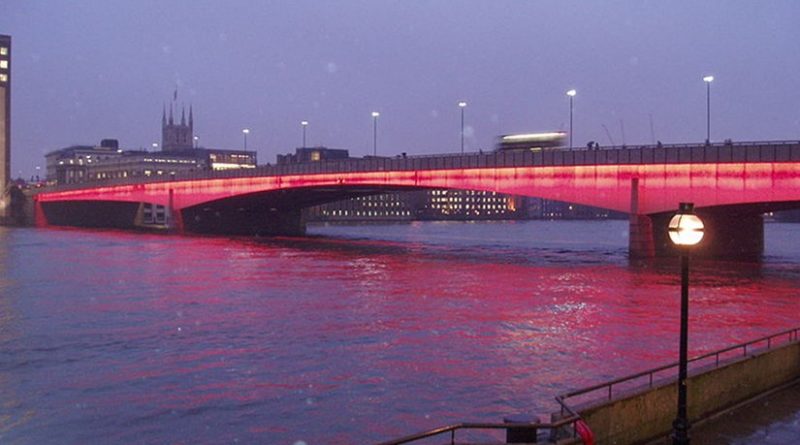 Just before 2pm on Friday, Usman Khan appeared wielding knives and claimed that he had a bomb strapped to his chest. Within a few minutes he had killed two young graduates, 23-year-old Saskia Jones and her friend Jack Merrit, 25.

A small group of people, later praised for their bravery by the Queen, used a fire extinguisher, a whale’s tusk and even their bare fists to try to prevent further bloodshed, before armed police arrived and shot Khan dead.

Those who stepped into the fray included some men who had previously served time in prison for various offences, including murder. They had attended a meeting called to help rehabilitate offenders. Khan had been invited to take part in one of the workshops. The event brought together ex-offenders, prison reform campaigners, academics, and graduates.

The Vice Chancellor of Cambridge, Professor Stephen J Toope said: “I am devastated to learn that among the victims of the London Bridge attack were staff and alumni of the university, taking part in an event to mark five years of the Learning Together programme.​

“What should have been a joyous opportunity to celebrate the achievements of this unique and socially transformative programme, hosted by our Institute of Criminology, was instead disrupted by an unspeakable criminal act.”

Personally, I shuddered when I realized where the murders took place. I recognized that I’d recently been a delegate at the venue which was attacked. I attended a lively discussion there in September of this year, organized by economists who were trying to predict the outlook for global growth.

The Fishmonger’s Hall is one of the City of London’s magnificent guildhalls and is often used for conferences and receptions. The venue’s director said that during the terror attack, staff who’d been assigned to serve coffee and check the coats were among those who took on the knifeman.

The press revealed that Khan had been released from prison eleven months previously, having served half of a 16-year sentence for terrorist offences. This has prompted a fierce political debate.

A left-wing newspaper, The Mirror, was quick to run a piece based on claims that “crazy austerity cuts” and the “destruction of the prison and probation service” under the Conservatives have increased the risk of danger.

The Labour leader, Jeremy Corbyn, said the incident had been a “disaster” and called for a “thorough investigation.” Boris Johnson, the current Prime Minister, used an interview with the BBC to deny funding cuts had been a significant element. On Monday, the arguments faded for a while during an event to pay tribute to the victims and Mr Corbyn and Mr Johnson stood side-by-side.

As news of the incident spread, many people took to social media to express their shock at another terrorist attack. Brexit Party leader Nigel Farage said: “Nobody apologizes for the fact that the liberal elite have given us a ridiculous sentencing system. I don’t care if you were in prison for six years or 12 years, if you have committed mass murder or planned to commit mass murder, you are not just an ordinary criminal, you have got the virus of jihadism. I don’t think these people should ever be let out of prison unless we are absolutely convinced they do not have a jihadi virus. But political correctness stops us doing that.”

Mr Farage’s assessment went down well with the right-leaning tabloid press and their websites. But this dismayed David Merritt, the father of Jack Merrit, one of the university students who was killed. “Don’t use my son’s death and his and his colleague’s photos to promote your vile propaganda. Jack stood against everything you stand for – hatred, division and ignorance” he posted.

Mr Merritt’s response drew praise from many people who disdain the conservative press, especially those who are irritated by the way the right-wing tabloids have been leading the campaign for Brexit.

Yet as a journalist, I believe the event was so shocking, it was inevitable that the press would respond shrilly. I take the view that the most fundamental role of the media, in all its forms, is to warn of danger. A day time terror attack on young people in the middle of the city was a horrific shock. But as Kenan Malik, a columnist for the liberal Sunday newspaper The Observer noted, the whole incident raised more questions and answers.

“The attack reveals both the benefits and the drawbacks of a 24-hour instant news culture. We have information about the attack and about the background to it much more quickly than we would have had previously. But we are also led to jump to unwarranted conclusions and to act as if we possess more knowledge than we actually do.”

The questions raised in the media will be ringing in the ears of the many agencies involved in protecting Britain’s citizens. A series of inquiries will be held into what went wrong and there will also be detailed inquests into the deaths. No-one can predict, though, when the next danger will appear.

This article appeared at Geopolitical Monitor.com