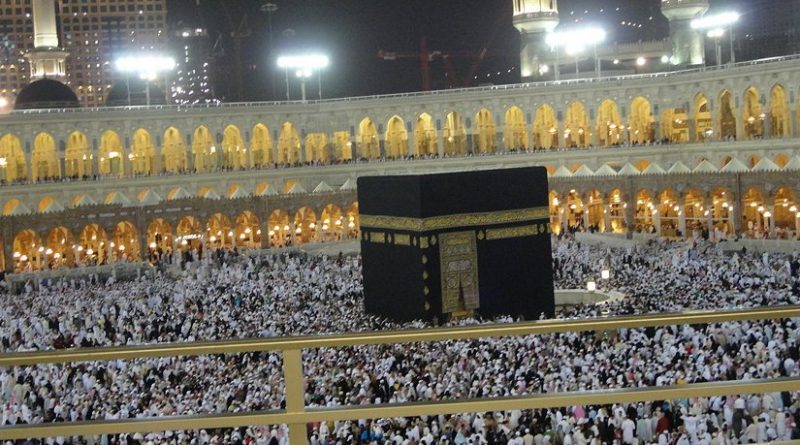 If you were to run into Burt Prelutsky on the streets of Los Angeles or Chicago, you would see an affable looking elderly white male going about his business. A writer for several publications and more recently for a conservative website, the 75-year-old Prelutsky could fool you with his harmless looks. But he churns up some deadly points of view that he passes on to his followers.

Riding on the current wave of Islamophobia that is permeating the US, the right-wing Prelutsky seized the opportunity last month to attack Muslims worldwide with a vitriolic column on the WorldNetDaily. Perhaps bolstered by statements by presidential contenders, such as Trump and Carson, on the threat from Muslims, Prelutsky came up with his own outrageous and alarming notion on how to address the issue.

Insinuating that the violence committed by Muslims is not limited to isolated events, “whether it was Iran’s holding hostages for over 400 days; the attack on the USS Cole; 9/11; the massacre at Charlie Hebdo; the slaughter at the French deli; the burnings and beheadings in the Middle East; Benghazi; the blowing up of the Russian jet; the recent blood-letting in Paris that left 129 dead,” Prelutsky falsely claimed that “Islam was never peaceful. From the very beginning, those who refused to accept Shariah law and to bow down to Makkah were killed.”

He then writes: “My own politically incorrect suggestion is that we remove ISIS from the face of the earth, hopefully as a joint effort with every other nation it has threatened or attacked, and then we do the same to their holy city, not concerning ourselves in the least with collateral damage, letting the Muslims know once and for all that our God is far more powerful and, yes, vengeful than their own puny deity.

“It’s harsh, but they’ve been asking for it for over 1,400 years, and it’s time they got it. I, for one, am sick and tired of seeing the Islamic bullies demand our lunch money and, like a bunch of scrawny wimps afraid of our own shadow, we hand it over. What’s even more appalling, we then pretend we did it because we’re good guys who realized that they’re human beings just like us, and who just happen to be a little bit hungrier than we are.”

Prelutsky continues his Islamophobic rant: “The notion that we in the West can re-educate Muslims or show them a better way to live by our example is foolish in the extreme. It’s not just our movies or our music or the fact that we live in a post-ninth century world that they hate. It’s our art, our culture, our technology, our Judeo-Christian values, our tolerance, our treatment of women, even, for all I know, our love of dogs. The idea that we can civilize them is beyond ludicrous. It would be easier to domesticate snakes and raise them for their milk.”

People like Burt Prelutsky are very dangerous and their message reaches quite a few people. They preach what terrorists elsewhere do. But the laws on freedom of speech cover what they can falsely say to their followers. The danger of such messages is that they increase the divide between people of different faiths which does not bode well for all of humanity.

The Muslims of today in the US are carrying the emblem of the “N-word” of yesteryear on their foreheads. They are free to be targeted and pounced on, their dignity stripped and their faith reviled by bigots and racists pretending to be concerned Americans. And the situation may get worse as more and more right wingers join the vocal chorus. But thankfully there are many Americans who detest and reject outright the message that Prelutsky and his kind wish to promote.

This article appeared at Saudi Gazette.