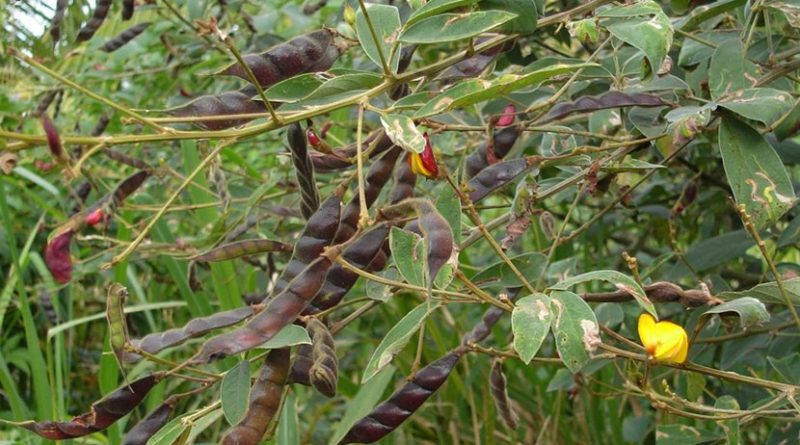 In early summer of 2011, I was contracted to rehabilitate at least 2,000 hectares of some 500 families under 25 datus of the indigenous Philippine tribe Matigsalog Lumads in the Marilog region of Davao City and Davao del Sur in Mindanao, Philippines. The land was badly ravaged by 50 years of logging. Together with a six man team from the Cordillera Ecological Center with multidisciplinary education, skill and training in sustainable agriculture, ecology and forestry, we worked in Marilog, Mindanao until 2013 to 2016, making use of conventional science and the indigenous knowledge . Here is our story.

I worked late one day in August 11, 2011, planting pine trees across a ridge with my team from the Cordillera Ecological Center to protect a slope from erosion under torrential rains when my cell phone kept ringing. I hesitantly shouted “What” in answering. The voice at the other end, Socorro Patindol, vice president for environment of Therma South Inc. and a former schoolmate in graduate studies at University College Dublin, Ireland, asked “Would you want to help some Lumads in Mindanao”?

The Lumads are the indigenous peoples of Mindanao, Philippines and since the country gained independence, they have been subjected to land grabbing, exploitation, oppression, neglect and underdevelopment. I said without hesitation, “Yes”.

I flew to Mindanao and went directly to the Communist guerilla-infested Marilog mountains where I talked to the “datus” or leaders of the Matigsalog Lumads. There were 24 of them. After Therma South Inc oriented us and the Lumad leaders spoke, it was plain there were 3 things to be done: Recreate forests, provide skills to ensure food security and arrest worsening soil erosion. In two weeks time, I and my team flew to Mindanao to start what would be a long and difficult process of Earth-caring.

Bringing the Cordillera Experience to the Lumads

The muyung or pinugo is an indigenous agroforestry practice of the indigenous people Ifugaos of northern Philippines where woodlots are created on top of mountains and intercropped with fruit trees to provide water for rice terraces and camote or sweet potao (Ipomaea batatas). The Banaue rice terraces were built with it. I have adequate knowledge and skill about it—I built my 5 ha forest following the same method.

I and my team taught and trained ten groups of Lumads (50 per group) hands-on skills in muyung making for 2 years. A two hectare training sloping area was allowed by the datus to be used as pilot area for all training activities and it became their school for three years.

The methodology was—whatever the Lumads learned in the pilot area—they practice in their own land.

The Lumads identified the trees they wanted (non-fruit-bearing and fruit-bearing) to be raised. We evaluated the trees based on their soil and water holding capacity, water recharge potential, food and medicinal significance, carbon sequestration potential, permanency, economic, social and cultural relevance.

The trees were raised in a nursery and planted on top of the hill above the pilot area and a spring. The farmers also planted on the top of the slopes of their lands, especially above brooks, springs and rills.

The intention was to establish a permanent source of water recharge that will increase and pull ground water from water table thus making it available when needed especially during summer.

SAFT or SALT was popularized by the Baptist Church in Mindanao where a small sloping piece of land was planted to 40 per cent trees and 60 per cent to food crops. We modified these based on the crop preferences of the Lumads, and seasonal performance of crops due to climate change

In the pilot area below the woodlots that followed the muyung and pinugo system, we planted following a contour line a natural buffer as soil erosion protector making use of local Mescanthus chinensis. From this natural buffer of some three meters, another contour line was dug and so forth and so on until the level ground of the Earth. On the bunds of the contour lines, cow peas (Cajanus cajan) and Rensonii were planted allternately. This allowed nitrogen from the atmosphere to be fixed by the said plants, retain more water in soil rather than it being wasted and prevent topsoil from being washed away. In between the 3 meter contour bunds, the farmers planted sweet potato, peanut, ginger, cabbages, pechay, potato, onion, sitting beans, string beans, eggplants, patola, uo, sayote,okra, ampalaya, garlic, squash and chillies.

The soil is poor in the Marilog region as rain has washed-off most topsoil after 50 years of logging. Vital NPK , especially N was very low after a soil test. After having introduced multi-purpose nitrogen-fixing trees to help restore N to the farmers’ soil, we trained them on rapid composting using a very old indigenous knowledge of the Bontocs of northern Philippines and a scientific approach from the College of Agriculture of the University of the Philippines at Los Banos (UPLB).

The Bontoc composting is called ’lumeng”. Here, we showed how leaves, grass and weeds are mixed with pigs manure, just outside the pigpens. Then, these are mixed with trichoderma, a fungi, and soil activator (discovered by UPLB agriculturists) to hasten composting in just one month. The lumeng is then mixed with some soil after being composted at a ratio of 1:2 (lumeng:soil) and applied as basal fertilizer for crop production. If used as basal for upland rice, it is mixed in the soil with sunflower leaves (Tithonia diversifolia).

After seven years, some 1.2 million fruit and permanent non-fruit bearing trees were planted in the 2,000 hectares of Lumad homeland. Vegetables are abundant and sold every weekend to Davao City some 3 hours away. The 500 farm families have more and diversified vegetables, upland rice crops grow better in the hills and harvest increased. A school was set up for primary pupils, and vegetable trading and center was constructed where wholesale buyers from Davao City meet the farmers and buy their crops

I and my team left in April 2016. I was made an adopted son of the Matigsalog Lumad tribe. An honor bestowed and cherished after a ritual performed in our behalf.