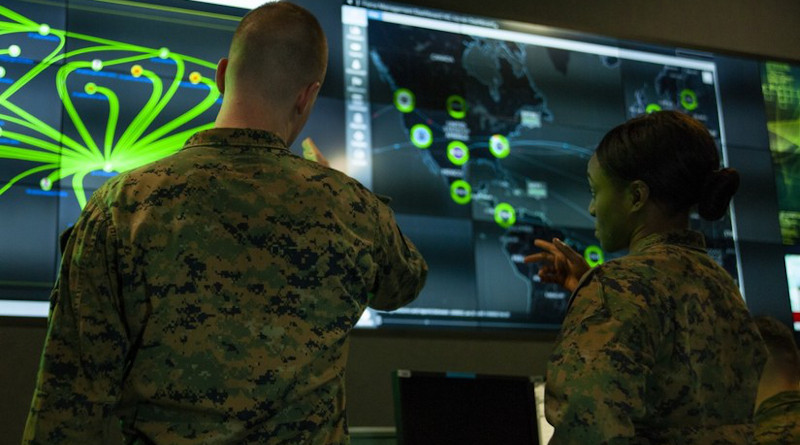 ”The strategy normalizes the department’s efforts in the cyberspace domain, integrating cyberspace operations into military operations across all physical domains, and reinforces the need to prevent or degrade threats before they harm U.S. national interests,” Kenneth P. Rapuano, assistant secretary of defense for homeland defense and global security, told the House Armed Forces Committee.

”Since last year … we have had a number of successes, including defining the cyber operations forces, initiating the first DOD-wide effort to achieve 100% visibility of network devices at the operating system level, defining what constitutes the department’s cyberspace operating force and finalizing readiness standards for the cyber mission force and finally, maturing the concept of layered deterrence,” the assistant secretary said.

DOD also has made progress in operationalizing the new, more proactive approach in cyberspace, he added.

”Defending elections is an enduring mission of DOD,” Rapuano said. ”To that end, we are supporting a whole-of-government effort to defend the 2020 elections.”

DOD, principally through U.S. Cyber Command and NSA’s election security group, is complementing other federal departments by leveraging its unique authorities and capabilities and their proactive approach to defend forward, he noted.

U.S. cyber forces are increasingly engaged in cyberspace to promote stability and security and to defend the nation, the assistant secretary said, adding, “Our interagency and private sector partners are key to ensuring that DOD can operate and project power in a contested cyber environment.”

The increasingly provocative activities of key competitors demonstrate how vulnerable DOD is to attacks against the many non-DOD owned assets that are critical to our ability to execute our missions, Rapuano said.

”Their vulnerability means that adversaries could disrupt military operations without actually targeting military networks and systems themselves,” he added. ”To address these challenges, we are strengthening alliances and attracting new partners to take a whole-of-society approach to enabling better security and resilience of key assets.”

Cyber Command is providing clear returns on the investment the nation has made in it, Nakasone said.

Three issues are at the forefront of Cyber Command today, he noted: elections, readiness and the people that make up the DOD cyber force. ”We are 244 days from the 2020 presidential election. My top priority is a safe and secure election that is free from foreign influence.”

Nakasone pointed out that malicious actors are trying to test U.S. defenses and resolve.

”We’re ready for them, and for any others who may try to interfere with our democratic processes,” the general said. ”I have great confidence in the cyber mission force to execute missions because it is a mission-ready force.”

The readiness and operational success of the cyber mission force is a testament to the quality of its people, Nakasone said.

Recruiting, training, developing and retaining the best talent is essential for the military to defend the nation in cyberspace, he said.

”I continue to pursue creative ways to leverage our nation’s best and brightest to want to contribute to our missions,” Nakasone said, ”especially through closer partnerships with a National Guard and the reserves.”