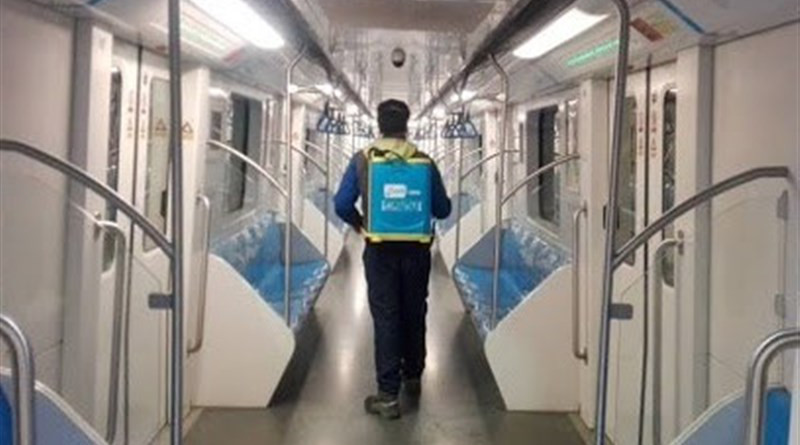 While Coronavirus has been contained in many countries, and all governments are trying to provide free and abundant facilities for their citizens, in Iran the Coronavirus, is spreading every day to other cities, and the death toll is increasing daily, and so far the Iranian opposition reported the death tole surpassed 1500.

Tehran’s officials, on the one hand, are trying to discredit the issue by resorting to cover-ups and lies. Supreme Leader Ali Khamenei rushed to the scene on March 4 and said in a weak, defensive stance, “This disaster is not a major disaster for us” and “This incident did not just happen in our country, you know, you heard it this incident has happened in many countries today.”

“People should not make a big fuss about it.”

What made Khamenei resort to such stupid lies in public was is his anticipation and fear of the explosive situation of the society that he and his Revolutionary Guards had experienced very well for some time now, and still echo. The echoes of Protesters chanting slogans “Death to the Vilayet-e Faqhih” and “No crown, no turban, mullahs’ are done with” in the November and January uprisings in 200 Iranian cities still ring in the ears of regime officials, and in particular Khamenei, who was a puppet master of the scene.

These days, as people search for masks and disinfectants, Regime’s special forces in their vehicles displayed their presence to the public by installing the “Coronavirus Repression” logo on their cars. People understood this military presence on the streets had nothing to do with containment and control of Coronavirus and is merely to suppress possible uprisings.

Iran’s Health Minister Saeed Namaki announced on March 1, “We are going to send 300,000 well-equipped teams across the country house to house to find people contaminated with coronavirus.” People are aware that regime forces going house to house has nothing to do with containing Coronavirus. So the regime’s actions and announcements did not leave any doubt in people’s minds the regime’s intention through such schemes is to control and suppress any possible uprising of the people due to the regime’s inability to control the disease that may happen.

On the other hand, government agencies, and the IRGC, which are in financial distress are looking for huge profits from the sale of medical supplies in these critical situations.

Saeed Namaki, the health minister of the regime, said of the shortage of masks: “Some people are putting protective clothes and masks in warehouses for the sake of profit or smuggling to other countries. After 10 days, they only delivered one million masks, and the rest I don’t know where they stacked them up. How does this opportunistic network have the guts that boldly announces that it can deliver 200 million masks at such price and place in just 24 hours? “

But the question is, what does the Minister of Health mean by this network? The answer was provided by Mohammad Mokhber, a spokesman for the Executive Headquarters of Imam’s Directive, who said that the contract to produce 50 million ordinary masks were signed and that the first shipment would be delivered in Tehran soon. And it turned out that the body that had boldly proclaimed to supply the 200 a million masks was the “Executive Headquarters of the Imam’s Directive.”

The Executive Headquarters of the Imam’s Directive is affiliated with Ali Khamenei with $ 95 billion in reserves, blacklisted by the US some time ago. It is a well-known entity that controls, in addition to many of Iran’s giant financial institutions it also controls pharmaceutical giant in Iran. This entity buys masks from Europe and China for about 30 cents and sells for about $ 1.5 to $ 2.5. The execution of transportation is also being handled by the Mahan Air affiliated with IRGC, which is still flying to China.

IRGC has also, in these critical days, exploited their unprecedented power to plunder, for example, changing the label of anti-odor sprays and selling them with disinfectant labels to people through markets.

The question now is whether Khamenei and the Mafia can prevent the great explosion of society by bringing the repressive forces to the scene under the pretext of fighting Coronavirus while at the same time astronomically looting the people.

Moreover, this silent crime can undoubtedly endanger the whole world.