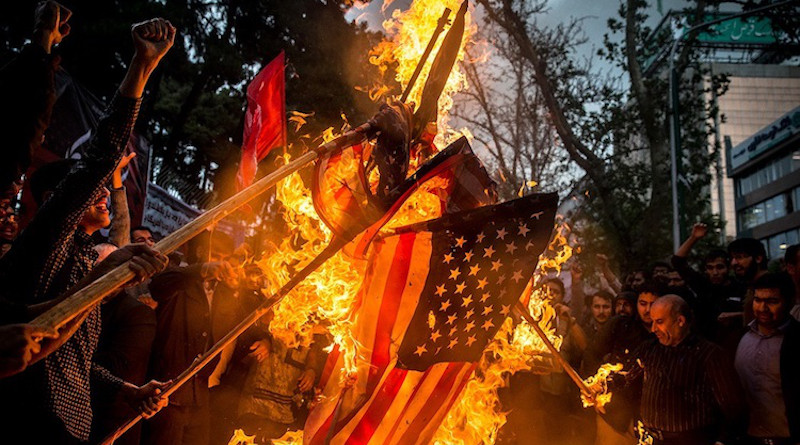 The quarterly report on Iran released by UN nuclear watchdog, the International Atomic Energy Agency (IAEA), on March 3 has revealed a significant increase in the country’s stockpile of enriched uranium since its last report. The stockpile stood at 1,020.9 kg in February, up from 372.3 kg in November 2019, reports Jane’s Defence Weekly.

This 648.6 kg increase is raising international concern as it marks a significant breach of the 300 kg stockpile limit imposed on Iran by the Joint Comprehensive Plan of Action (JCPOA) signed between Iran and the P5+1— China France, Germany, Russia, the United Kingdom, and the United States — on July 14, 2015. The nuclear deal was endorsed by UN Security Council Resolution 2231, adopted on July 20, 2015.

“There have been no major changes in other parameters of Iran’s nuclear programme, with enrichment levels not exceeding 4.5%. The JCPOA limits Iran’s enrichment to 3.67%,” adds Jane’s Defence Weekly.

“Iran has sufficient fuel for a bomb,” says New York Times. But adds: “So far, the evidence suggests that Iran’s recent actions are calculated to pressure the Trump administration and Europe rather than rushing for a bomb.”

The newspaper argues: While for the first time since U.S. President Donald Trump abandoned the 2015 nuclear deal, Tehran appears to have enough enriched uranium to produce a single nuclear weapon, “it would take months or years to manufacture a warhead and deliver it over long distances”.

For sure not a supporter of the Iran regime, the global newspaper takes much of the wind out of the U.S. Secretary of State Mike Pompeo’s sails. In a press statement on March 5, 2020, Pompeo refers to newly appointed IAEA Director General Rafael Grossi’s two new reports on March 3 “that heighten already serious concerns that the Islamic Republic of Iran is hiding its nuclear material and nuclear activities”.

Iran, says Pompeo, is a signatory to the Non-Proliferation Treaty (NPT). Iran’s safeguards agreements, under that Treaty, require it to declare nuclear material to the IAEA and provide IAEA inspectors with access for verification, he adds.

“Iran’s intentional failure to declare such nuclear material would be a clear violation of its safeguards agreement required by the Non-Proliferation Treaty. The regime must immediately cooperate with the IAEA and fully comply with its IAEA safeguards obligations. Otherwise, the NPT isn’t worth the paper it is written on.”

According to Pompeo, IAEA’s latest reports are all the more troubling “because we know that Iran continues to lie about its past nuclear weapons program and concealed a vast archive of records from those efforts when it concluded the nuclear deal – not to mention its lies about downing a civilian airliner, and its suppression of the extent of its coronavirus outbreak. Given Iran’s prior covert nuclear weapons program and ignominious record of duplicity, any undeclared nuclear material or activities in Iran today would be an extremely serious matter.”

Grossi, an Argentine diplomat who has spent most of his life working on nuclear issues, said it was urgent for “Iran immediately to cooperate fully with the agency” by allowing it access to the sites, and to answer additional questions “related to possible undeclared nuclear material and nuclear-related activities”.

In response, Iran said it rejected the agency’s new rounds of questions because it had been cleared of responsibility to answer for its nuclear past. Iran, the report quoted Tehran as saying, “will not recognize any allegation on past activities and does not consider itself obliged to respond to such allegations”.

One year ago, on March 4, Grossi’s widely respected predecessor Yukiya Amano, a Japanese diplomat, remarked to IAEA’s Board of Governors, “Iran is implementing its nuclear commitments”. Amano, who died in July 2019, urged Tehran to continue adhering to the deal, known as JCPOA.

The IAEA’s March 2019 quarterly report on Iran’s nuclear program, released publicly just days after Amano’s statement, contained additional details demonstrating that Iran is abiding by the deal’s terms. It noted that Iran’s stockpile of enriched uranium is below the 300-kilogram cap set by the JCPOA and that Iran has not enriched uranium above the limit of 3.67 percent uranium-235, far below the 90 percent level considered useful for weapons purposes.

The report noted that the agency has had access to “all the sites and locations in Iran which it needed to visit”.

Amano also continued to defend the importance of the IAEA’s independence in evaluating information related to its efforts to monitor peaceful nuclear activities. He emphasized that the agency “undertakes analysis and takes action in an impartial, independent, and objective manner”.

Amano’s March 4 statement is not the first time that he pushed back against attempts by some nations to direct the IAEA’s verification work. “If attempts are made to micromanage or put pressure on the agency in nuclear verification, that is counterproductive and extremely harmful,” he said, adding that “independent, impartial, and factual safeguards implementation is essential to maintain our credibility”.

Although Amano did not identify specific states, Israeli officials repeatedly called on the IAEA to visit undeclared sites in Iran and follow up on materials that Israel stole from an Iranian archive in January 2018 and shared with the agency later in the year. In September at the UN General Assembly, Israeli Prime Minister Benjamin Netanyahu specifically called on the IAEA to visit a site identified by Israeli intelligence as housing materials and documents related to Iran’s past nuclear weapons program. (See ACT, October 2018.)

Taken together, as the New York Times emphasizes, the findings and the demand for more intrusive inspections “take the standoff between Washington and Tehran into new territory”.

U.S. President Trump’s decision to abandon what he called a “terrible deal” has backfired for now. Iran has moved from complying with the accord’s strict limits on uranium production to beginning to rebuild its stockpile. Iran’s leaders appear to have allowed the IAEA to document these violations, which are likely to drive home the fact that it is responding to Mr. Trump’s pressure campaign with one of its own.

“The situation is a paradox,” Mr. Grossi said in a recent interview in Washington, his first since taking over at the IAEA. “What we’re verifying is the gradual diminishing compliance with the agreement we’re supposed to be verifying.”

So far, experts note, the evidence suggests that Iran’s actions are incremental and calculated to pressure European governments and the Trump administration, rather than rushing for a bomb,