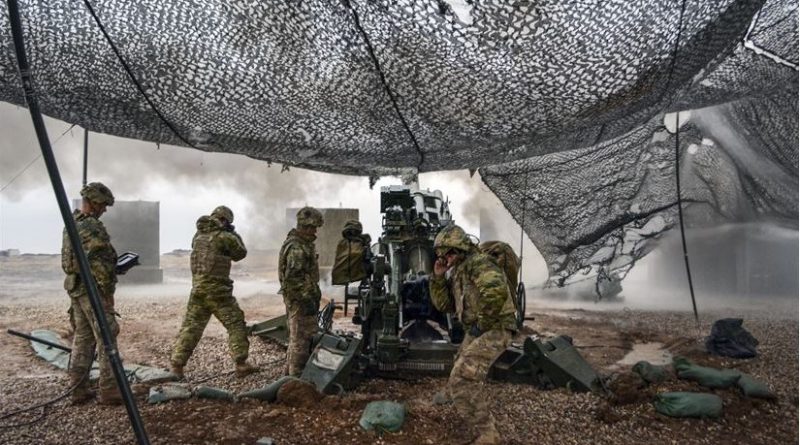 President Trump, in his first speech before Congress, called for an increase in the United States military budget, so as to provide American military personnel with the wherewithal to win wars. However, it is sound strategy, not weapons, that provides the foundation for eventual success in war.

In a meeting with state governors before his first speech to Congress, President Donald Trump declared: “We never win, and we don’t fight to win.” As a consequence, President Trump argued in Congress for a defence budget totalling US$603 billion, which represents an increase of US$54 billion beyond what the Budget Control Act has capped for fiscal year 2018.

The purpose of this proposed defence budget is to provide the United States military with the tools to maintain its deterrent posture and, where necessary, “to start winning wars again”. Interestingly, the chairs of the House and Senate Armed Services committees, Mac Thornberry and John McCain respectively, criticised the proposal as insufficient: “With a world on fire, America cannot secure peace through strength with just three percent more than President Obama’s budget.”

The proposed budget increase highlights two sets of issues: the capacity for US military forces to maintain peace and security throughout the world; and the capacity of the US military to win wars. The efficacy of military power in both is at best mixed.

In the first instance, military power is used for deterrent and peacekeeping purposes. For the US military, this translates into a range of missions around the world, from the Baltics and the Black Sea to the South China Sea. Such missions require presence, and this demands that capabilities be available.

For countries such as the Baltic states, South Korea and Japan, the continued presence of US military forces is regarded as desirable, even essential, for the maintenance of peace and stability in the respective regions.

This military presence is regarded as evidence that the US maintains an interest in the security and stability of the particular region. An increase in military spending is potentially desirable in this regard, if it results in a US military that is better able to fulfill its global security missions.

But there is a rub. It is difficult at best to ascertain the effectiveness of such operations by the US military. Much of the problem relates to the issue of deterrence: in any given situation, just because nothing happens does not necessarily mean that deterrence has held.

Similarly, the absence of an outbreak of armed conflict between otherwise adversarial states in any region cannot be absolutely attributed to the presence of US military forces.

However, it is the second issue – the capacity of US military forces to win wars – that is even more problematic. Simply put, as the title suggests, weapons alone do not win wars. If it were so, the United States should not have lost the war in Vietnam; the Soviet Union should not have withdrawn from its failed intervention and occupation of Afghanistan in 1989. Indeed, the history of wars tells us that every once in a while, a smaller power will defeat its militarily stronger adversary in war, if not in battle.

Superior weapons capabilities can result in victory in battles. The capability to locate adversarial military forces is essential to any armed forces ability to wage battle; and if one side can locate its adversary before the adversary can do likewise, this confers on the first side a potentially significant tactical advantage. Secondly, if the first side can then bring accurate and devastating kinetic force to bear against that adversarial force, the adversarial force faces the distinct prospect of being destroyed in battle.

However, the winning of battles, while desirable and even essential in war, does not itself guarantee strategic success – or victory – in war. The US, arguably, did not lose any battle against its North Vietnamese and Vietcong adversary; yet this is clearly strategically irrelevant.

Arguably what caused the United States to lose the war in Vietnam and the former Soviet Union to lose in Afghanistan was the absence of sound strategy. A sound strategy is one that takes into consideration the following factors, none of which is more important than the other.

A sound strategy first identifies a political stake involved that is unequivocally important to the national interests of the country such that the country has to resort to the use of military force. As long as the national interest at stake is clearly important, and this importance is recognised not just by the political elites but by the rest of the population as well, this provides a firm foundation for the crafting of sound strategy.

Next, the country’s resources will need to be mobilised to ensure that the armed forces has the necessary wherewithal to wage war successfully. And there can be no half measures: no country should go to war while handicapping itself. However, as long as the national interest at stake has been clearly articulated to the population, and the population unequivocally accepts this articulation, the mobilisation of resources can be achieved with a minimum of political fuss.

However, there is a final rub. Even sound strategy does not guarantee strategic success. War is just too non-linear: the law of unintended consequences always applies, and actions will not necessarily result in the intended outcomes.

The combination of overwhelming military power applied in a sound strategy merely increases the probability of a successful outcome. Just do not expect weapons per se to get the job done.