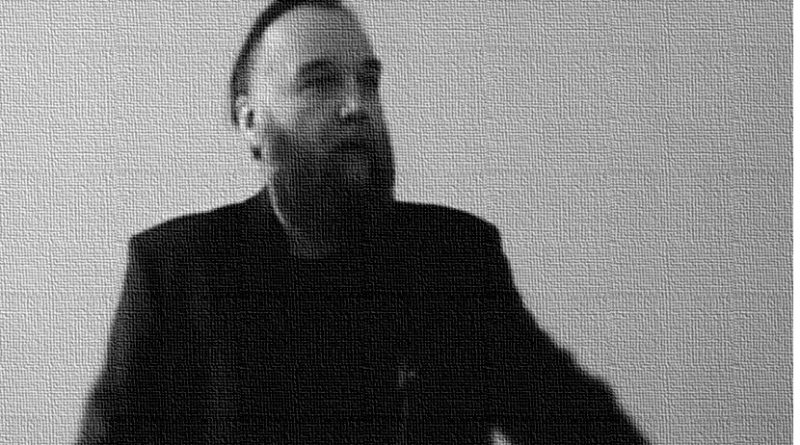 The sheer vacuum created in the ideological realm of Russia after it deviated from Communist ideology in the backdrop of Perestroika became a prime factor in Russia’s melancholy during its time of troubles in the ’90s. It was by no means an exaggeration that every epoch in modern Russian history was illuminated by some kind of ideology and it constrained people to move on regardless of the realities that they were surrounded. However, the ideological anarchy that existed in Yeltsin era in Russia was followed by his hobnobbing with the Western liberal democracy which eventually resulted in utter failure. The rise of the lesser-known kooky character named “Alexander Dugin” was mainly bolstered by this socio-political and economic discontents of Russia in the ’90s.

Dugin’s penchant for mysticism, traditionalism and more importantly his antipathy on the US-led Liberal order made him the guru of the neo-right-wing brigade in Russia. Especially, Dugin was responsible for reviving a principle propounded by Sir Halfeld Mackinder on the importance of geopolitics. Mackinder was plucked from obscurity to fame as Dugin clung to the idea of “Geopolitics “as his cardinal thesis for Post-Soviet Russian space.  Dugin’s publication of his major work in 1997 called The Foundation of Geopolitics “sprang out of Mackinder’s idea and this work created a heavy brainstorm in Russian intelligentsia that paved the path for Dugin to become the new prophet for Russian right-wing ideology. The reasons impacted on the popularity was essentially attributed to Russia was envisaging in the late ’90s in limbo and the book arrived in Moscow when Russian elites were in an ambivalent position about Yeltsin’s dream on Western Liberal democracy. The basic argument Dugin narrated in “The Foundation of Geopolitics “was an appealing one. He argued that that geography, not economics is the pivotal cause of world power and Russia by its intrinsic physical location providing a prime global role. The US was illustrated as the biggest villain which persisted in its “ Atlanticism “ over continental Europe.

Dugin argued that Eurasian empire will be constructed on denying the common enemy the USA and its liberal values. In writing his classic work that Dugin insisted on the grave necessity of keeping a rapport with common allies like Iran against the common enemy. Yet, in Eurasian project Dugin clung to the idea of preserving the ethnic and cultural diversity of Eurasian civilization. Quoting the words of new right-wing ideologist Jean Francis Thiriart’s famous saying “The main mistake of Hitler was that he tried to make Europe German. Instead, he should have tried to make it European”, Dugin affirmed that Eurasianism would not be an imperial force.

The rigour of Dugin’s influence in Russia has seen a steeping increase under Putin’s rule and mainly his classic text “The Foundation of Geopolitics “has become a canonical reading for senior officers in Russian military indicating the depth of Dugin’s rapport with the state apparatus. Dugin is known for his intellectual fascination with Heidegger and Julius Evola, especially he has revered Evola for being a true traditionalist in Europe who rejected the decadent concepts like liberalism and pacifism. In establishing the international Eurasianist movement Dugin vowed to expand his campaign against America’s Atlanticism beyond Ruski Mir and the growing popularity of Dugin outside Russia as a public intellectual reveals the power of his ideas.

Following the Russian Federation’s military campaigns in Georgia in 2008 and the hostile situation in Crimea in 2014 Dudin became an advocate for Kremlin’s military machinery and Putin’s chauvinist foreign policy. In particular, his harsh remarks on Eastern Ukraine got the world attention as legitimized Russia’s military intervention there and called it “Russian Spring “. His obsession on annexing Russia dates back to Georgian invasion and Dugin was known to travel to disputed South Ossetia to encourage the separatist movement there. However, regardless of his partiality towards Putin at outset, he started to critique Putin in the post-Crimean period. Mainly Dugin went on to criticize President Putin’s affinity with the liberals and the businessmen with western influence, which Dugin regarded as a weakening action of Russia’s nationalist revival under liberal’s inherent inclination to hobnobbing with the West. Dugin’s newest publication “Putin Vs Putin” is a sentimental plea to the Russian president to change his stances.

Today Dugin stands as a stalwart in Russian nationalism and it is an indispensable fact that his Neo Eurasian project has consolidated many forces against the US and its liberal values. Taking Moscow as an idea standing for the Orthodox creed based on Filofi’s 16th century “Third Rome Doctrine “, the alternative suggested by Alexander Dugin invokes the Eurasian nations to drift away from the Atlaantists led by the US and its market civilization. Dugin lampooned it as “The world of the sea, beginning with Carthage and ending with the US, embodies the pole of merchant regime “. Nevertheless, many scholars have argued that Dugin’s sway over Putin is highly overstated.

In fact, there is no plausible evidence to show a direct link between Putin and Dugin, but the palpable ideological similarities shown by both of them regarding specific issues denote that Dugin has left some influence over Vladimir Putin’s mind. Especially Russian president flare for reviving the traditional Russian family values and his ardour on Orthodoxy are rooted in Dugin’s ideas. It becomes more than a conjuncture by analyzing 2020 Russian constitutional reforms, wherein president Putin has proposed to include the marriage as purely a heterosexual union between man, which was exactly akin to Dugin’s position on Russian family and his vehement criticism on homosexuality. It is true that depiction of Alexander Dugin’s portrayal as influencer reminding of Rasputin is a hyperbolic attempt. But, it is evident that his Neo Eurasian project has become an appealing trajectory for Kremlin in shaping Russia’s new geopolitical order.

*Punsara Amarasinghe is a visiting research fellow at Center for Global Legal Studies in University of Wisconsin, Madison and a PhD scholar in Institute of Law, Politics and Development at  Scuola Superiore Sant Anna in Pisa, Italy. He previously held one year research fellowship in Faculty of Law, Higher School of Economics in Moscow, Russian Federation