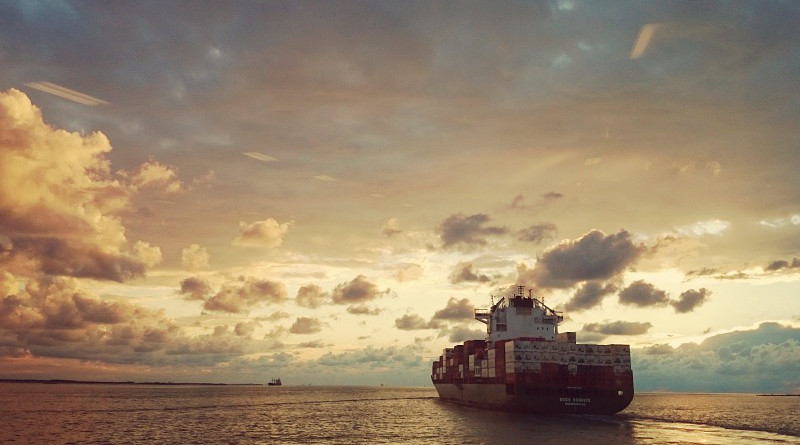 During the month of March 2020 the developments across the globe has been more centered on the Wuhan virus and the epidemic that followed in terms of deaths and transmission of virus at community scale. There have been COVID 19 related deaths and the whole health infrastructure of even developed countries such as UK, Italy and US has not been able to manage the deluge of patients in terms of facilities and medicines.

Meanwhile, China has embarked in South China Sea (SCS) in terms of defining its strategic influence and control in the regions across South China Sea, ranging from Vanguard bank to Union bank and beyond is threatening peace in the region. Recently it drowned two Vietnamese fishing boats and took eight fishermen as hostage. It shows that China has assumed it as its own sovereign sea-lane. This raises the very pertinent question that why China is doing this at this juncture and what exactly might be the plans that the Chinese naval commanders’ might have in mind.

The Vanguard bank which was located very close to Vietnamese EEZ and the frequent surveillance sorties and revisits of coastguard and naval vessels in the region last year showed that China wanted it to be the outer periphery of its nine dash line. However, the region is far off from its fictitious nine-dash line. After aggressive maneuvers in Vanguard banks, it has now started giving attention to Union banks. The Union banks region is a space dotted with land features and small islands. This region is closer to the islands populated by Malaysia, Philippines and Vietnam. The area falls northeast of the Johnson reef, where in 1988 China killed several Vietnamese soldiers and sailors to claim its sovereignty in one of the islands and forcibly occupied it. The sacrifice of more than 70 Vietnamese soldiers is still etched in the minds of the Vietnamese people.

Each year China deploys its fishermen militia along with coastguard to force fishing ban period of nearly three months so that it can thrive on the catch of the fishes in the area. Lately, following the abrogation of the Visiting Forces Agreement(VFA) between the US and Philippines, China has become more confident and is defining the rules of the regional maritime order.

While these have been some hope for the formalizing of the Code of Conduct (COC) among the claimant countries but the way China is weaning away claimants and imposing its will of bilateral negotiations, it seems that Beijing might have its way. Countries like Vietnam which have been at the receiving end of Chinese aggressive moves have to galvanize international opinion and seek indulgence of ASEAN members’ states. Now that the ASEAN summit has been postponed, it has given advantage to China to undertake all kindly of space and area dominance sorties through its surveillance aircrafts, and overambitious PLN navy commanders to outline the expanse of the nine-dash line.

Owing to the global accusations that China has developed the COVID virus to undertake bio-terrorism, China might try to divert attention and undertake certain military exercises or threatening maneuvers to divert attention. As already North Korean missile tests recently are seen as attempt to divert international media attention. The complacent attitude of the dialogue partners and the international community after the PCA ruling in 2016 had emboldened China, and it feels that it can get away with the aggressive activities in the SCS region. The 2020 would be the year when China would try to forcefully claim vast tracts of geographic space in SCS and then negotiate so that its core nine-dash line is protected.

In such a context it pertinent that Vietnam should raise the issue of irresponsible behavior of China in the UN Security Council and galvanize support among the Security Council members. However, China would try to veto it and might also be successful in his endeavor but it would at least get the item listed in the UNSC agenda.

Further, the oil exploration activities has been seriously jeopardized given the falling oil prices and it would not be economically viable to explore oil and gas in that area. Sensing this recessionary trends in global oil economy China would try to capture more of the possible oil rich waters in the SCS.

Further, Vietnam must undertake an initiative being the ASEAN chair to call a specific meeting of ASEAN dialogue partners, and highlight the aggressive moves that China is undertaking including providing a chronological dossier starting from Vanguard Banks incursions. The US navy and the surveillance reports would instrumental to substantiate these claims and might also reflect in the discussions which might be online but still help give that extra weightage to the issue in the ASEAN summit. Also Vietnam would have to acknowledge the fact that among the ASEAN nations there is a division among those who are non–claimants and those which are actively involved in the SCS dispute.

The involvement of Indonesia in the SCS, even though indirectly because of Chinese aggressive fishing activities around Natuna islands would bolster the Vietnamese case in highlighting these security concerns. Among the five major ASEAN members including Thailand, Malaysia, Philippines, Brunei and Singapore, this might witness varying degrees of policy statements depending on the global angst against China in the backdrop of Corona(Wuhan virus) epidemic.

The next three months would be crucial for Vietnam to bring ASEAN together as the Chair and address these issues on a regular basis. Even a regular SCS update would help in generating the traction and interest. Being the chair and a dedicated website, it is the prerogative of the chair to do so. The ASEAN would have to show its relevance during these uncertain times when its centrality is increasingly questioned. It is probably the right time for Vietnam to emerge as a bridge between the claimants and non-claimants to bring ASEAN consensus on this issue. The added initiative would be keep dialogue partners, with the exception of China, in the information loop.