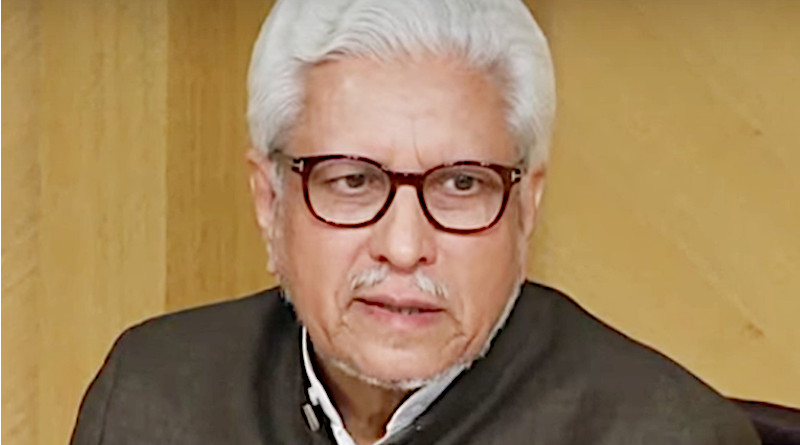 An eminent scholar of Islam in North India, Hameed-ud-din Farahi after a failed surgery, died in 1930; leaving behind a repository of original and insightful literature. His student Ameen Ahsan Islahi after the death of his mentor carried on his legacy. Islahi was a gifted scholar like his mentor. Basing his research on the works of his teacher, Islahi wrote a multi-voluminous exegesis of the Quran Tadabbar-ul-Quran along with a number of other important titles. He was a close companion of Mawlana Mawdudi and actively participated in the resurgence of Political Islam, but parted his ways after serious ideological differences. Islahi in his later years dedicated all his time towards resurrecting the works of his mentor Hameed-ud-din Farahi.

Ameen Ahsan Islahi tutored a perspicacious student and kept him under his tutelage for more than 20 years. This student rose to fame and earned respect among respect in the intellectual circles in his youth. He was Javed Ahmad Ghamidi. In his formative years, Ghamidi was attracted towards Mawlana Mawdudi. But soon after he felt the pull of attraction towards Ameen Ahsan Islahi and remained his loyal student all his life. In addition to his association with Ameen Ahsan Islahi, Javed Ahmad Ghamidi also earned a degree of Bachelors from Government College Lahore in Literature and Philosophy.

Scholarly in his approach, Javed Ahmad Ghamidi developed a framework that aimed at rediscovering and reviving the spirit of reform in Islam. Built into his interpretive model is his pronounced emphasis on the exercise of reason. He is eclectic, original, and rationalist in his philosophic vision. At the same time, his reasoning does not do away entire with the classic Islamic heritage. His most famous books Al-Bayan, Al-Burhan, and Mizaan, and Maqamaat are an attempt to re-interpret and reconstruction the religious thought of Islam by bringing into conversation all the classic Islamic discourse with the modern social sciences of the West. His reformism rests on the ability of Islam to negate the temptations of intellectual stagnation. To him, rationalism as a model of reasoning is inevitable for the survival of a reformist project in the contemporary world. Rationalism in the philosophic calculus of Ghamidi, is the rigorous exercise of reason to understand and to interpret the tradition.

In his book Mizaan Ghamidi differentiated religion from the religious thought. Religion, Ghamidi argued, is a comprehensive divine program revealed by God to attain spiritual enlightenment from within. This spiritual awakening and cleansing is attained by carrying out the injunctions of God and his Prophets. On the other hand, religious thought is an endeavour on part of human beings to understand and interpret this revelatory experience. As understood, the interpretation allows for the room to disagree; consequently, it will give rise to  a multitude of schools and systems of knowledge. Put in a different way, this interpretive room for understanding the revelatory experience is an acknowledge of human agency. This agency to reason is the soul that runs through all the works of Javed Ahmad Ghamidi. As long as religious thought allows for human agency reflected in the exercise of reason, it will remain lively dynamic.

Does his reformist project borrow anything from the past? Javed Ahmad Ghamidi, in principle, agrees with the Mutazilite school of theology for their heavy reliance on reason as an interpretive model. But he rejects their reluctance to grow out of Greek formalism. The lack of originality on part of Mutazilites to explore a new form of theology based exclusively on indigenous conceptual framework became a reason of their downfall, Ghamidi asserted. According to him, even the illuminative gnosis of mystical guilds and the theosophic ratiocination of Ibne-e-Arabi mitigated against the growth of Islamic intellectual scholarship. He saw in the rise of mysticism a form of escapism from active intellectual discourse towards a philosophy of renunciation. This withdrawal led to the dictatorial relationship of murshid and murid in which both are tied to each other merely to attain the higher stations of ecstasy; as result, orthopraxy degenerated into orthodoxy, that in return strangulated reason and entrenched conformism. Ghamidi maintains that Islam presses for the need to engage consistently with society and participate in the social undertakings for the attainment of spiritual purification. Spirituality, in Ghamidian philosophic vision, is born out of the commitment to reform society at large.

Building further on the works of Hameed-ud-din Farahi and Ameen Ahsan Islahi, Javed Ahmad Ghamidi proposed the theory the Itmam-e-Hujjat. He held that the early Islamic military expeditions and political expansion were exclusive only to the early companions, and could not be invoked to legitimize modern adventurism. Drawing on the intellectual oeuvre of Mawlana Wahid-ud-din, Ghamidi informed that military defeat inflicted upon infidels was part of the divine mission of God to punish them for refusing to accept the message of His Prophet. This act of punishment inflicted upon infidels as part of the law of Itmam-e-Hujja was tied to the mission of the Prophet, and could not be replicated. The idea of Islamic revival and resurgence along medieval lines of military adventurism, according to Ghamidi, was radically wrong, for it was exclusive to the institution of Prophethood. Hence, he strongly disagreed with Mawlana Mawdudi who was the architect of modern Islamism.

Tied to his vision is his assertion that the caliphate was a political institution. The state of Madina came into being by the historical forces of necessity. It was not the part of mandatory Prophetic mission, but was necessitated by political exigencies. Using the works of Abd-ar-Razik of Egypt, Ghamidi further argued that democracy as a model of governance was already recommended by the Quran, and was the constituent part of the early caliphate before despotism and autocracy took root for good. His reformist agenda for the reconstruction of religious thought is quite evident in his wholesale adoption of democracy as a model of governance completely in harmony with the spirit of Islamic principles of meritocracy, justice, and equality. Islam assumes a purposeful civilizational character with its own sense of orientation and vision in the reformist project of Javed Ahmad Ghamidi.