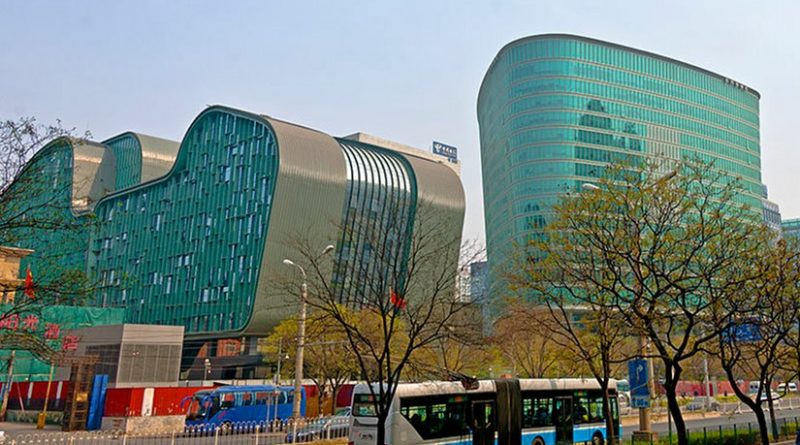 A steep drop in China’s oil investment may make it more dependent on imports than ever and more determined to advance its interests in the South China Sea, recent data suggests.

So far this year, China’s growth in fixed-asset investments (FAI) like buildings and machinery has fallen short of forecasts with a major decline in the petroleum sector, according to official reports.

While overall FAI, outside rural households, rose 10.5 percent in the first four months of the year, investment in the oil and gas sector plunged 27.5 percent from a year earlier, according to the National Bureau of Statistics (NBS).

The sharp cutback is a reaction to low crude prices and profit pressures on China’s state-owned oil companies, analysts say.

The result was a 5.6-percent dip in domestic oil production to 16.6 million metric tons in April, or an average of 4.04 million barrels per day (mbpd), the lowest in nearly three years.

At the same time, China’s crude imports in April jumped 7.6 percent from a year earlier to nearly 8 mbpd, according to customs figures. Domestic output was off 2.7 percent, while imports were up 11.8 percent in the first four months of the year.

The net result of all the numbers is that China has become more import dependent for oil supplies as production stagnates and demand continues to grow, raising the stakes for control over import routes.

Over the past decade, China’s oil production has increased by about 9.5 percent while imports have climbed 157 percent.

In 2006, crude imports accounted for 47 percent of China’s total supplies. This year, imports have risen to nearly two-thirds as domestic investment and production wane.

Some of the growth in the import share can be explained by new factors.

China is gradually filling a strategic petroleum reserve (SPR) to make it less vulnerable to world oil shocks and buying for inventories when prices are low.

Reuters estimated that China had 870,000 barrels per day (bpd) available for storage in the first four months of the year, based on a comparison of total supplies and refinery throughput.

The country was expected to be filling a second stage of its SPR at a rate of only 245,000 bpd this year, the news agency said.

Another new factor is greater competition in China’s oil market with the licensing of independent refineries to import crude for processing since last July.

“The investment slump is unavoidable, given the low level of oil prices and the state of the major old oilfields,” said Philip Andrews-Speed, a China energy expert at National University of Singapore.

Old fields like Daqing have relied on high prices, which collapsed last year.

“Now that prices are ‘back to normal,’ the fields are clearly uneconomic, even for a Chinese NOC,” he said.

In April, the official Xinhua news agency reported that Daqing lost 5 billion yuan (U.S. $761 million) in the first two months of the year. An official told The Wall Street Journal that production costs had risen to U.S. $45 (295 yuan) per barrel.

Although China also has smaller pockets of “tight oil” that can be recovered with modern technology, production costs there are also high.

The result is lower production at lower prices, reducing capital for investment, Andrews-Speed said in an email message.

“If prices stay at this level for the next few years, I would expect domestic production to decline,” he said. “So, China will progressively become a ‘normal’ country, importing cheap crude oil and happy to do so, because prices are cheap, as well as building ever larger strategic stocks.”

At the current rate of decline, an increase in low-cost imports may be the best economic alternative, but it is also one that is likely to have implications for disputes in the South China Sea.

Greater import dependence can be expected to magnify China’s motivation for securing the maritime routes that carry its oil supplies from the Middle East and Africa.

“It’s already a stated mission of the PLA (People’s Liberation Army) navy to strengthen China’s control over China’s vital energy sea lanes,” Herberg said. “That’s clearly part of their mission over time and what they hope to achieve.”

The oil factor may add to China’s determination in pressing its border claims as it braces for a decision by an international tribunal in The Hague expected this month in an arbitration case brought by the Philippines in 2013.

Apparently fearing an unfavorable ruling, China has denied that the court has jurisdiction in its disputes over islands and other geological features under the United Nations Convention on the Law of the Sea (UNCLOS).

It is hard to quantify how great a role China’s rising import dependence will play in calculations over how far to push its sovereignty claims in conflicts with countries including Vietnam and the Philippines, as well as navigation rights of the United States.

But sea lane protection seems likely to grow even stronger in strategic importance to China as its domestic sources of commercial oil decline.

Speaking in Singapore at the annual Shangri-La Dialogue security conference on Sunday, a high-ranking Chinese military official rejected international pressure to restrain its buildup in contested waters of the South China Sea.

“We do not make trouble, but we have no fear of trouble,” said Admiral Sun Jianguo, deputy chief of the Joint Staff Department of China’s Central Military Commission, in comments reported by Reuters.

Sun spoke after U.S. Defense Secretary Ashton Carter warned on Saturday that China’s activities could create a “great wall of self-isolation” in the region.

“The broad Pacific Ocean … should not become an arena for rivalry, but a big platform for inclusive cooperation,” Xinhua quoted Xi as saying.

Some analysts have pointed to offshore oil development in the South China Sea as a factor in China’s calculations, but studies suggest that the petroleum resources may be a lesser consideration than control over import routes.

Herberg said the Asia-Pacific region consumed 11.2 billion barrels of oil last year alone, making the potential resources of the South China Sea relatively small. The estimate of gas reserves is equal to about four years of Asia-Pacific consumption, he said.

“These are not really big numbers to be something to really be willing to fight for,” said Herberg.

The costs of developing the deepwater resources will also be relatively high, even without the political problems.

Herberg concludes that China’s nationalism and territorial ambitions play a greater part in its motivation for pushing sovereignty claims in the disputed waters. Securing the sea lanes for its rising oil imports is a “related but distinct” motive, he said.

Analysts have been citing China’s vulnerability to sea lane disruptions as a strategic factor for years, so there is nothing new about it.

What’s new is the connection between low oil prices and falling Chinese investment, leading to declines in domestic production, rising imports and greater dependence on transit through the South China Sea.

When oil prices were high, it was widely assumed that lower prices would ease energy security tensions. It now appears from the forces at work in China that low prices are a source of security risks for the country, as well.

Recent comments by the chairman of state-owned China National Petroleum Corp. (CNPC) suggest that the company is counting on higher prices to turn the situation around.

In an interview with Russian television, CNPC’s Wang Yilin predicted that oil prices will “ultimately return to more rational levels” of U.S. $60-$80 (394-525 yuan) per barrel, the Interfax news agency reported on May 30.

Last week, a Reuters report cast doubt on China’s official data showing much higher than expected oil imports, suggesting that currency speculators may be using fake invoices to move capital abroad as the value of the yuan declines.

The report quoted a Bank of China official as saying that the State Administration of Foreign Exchange (SAFE) is trying to verify the figures after finding “many trades to be fake.” The agency did not comment on the report.