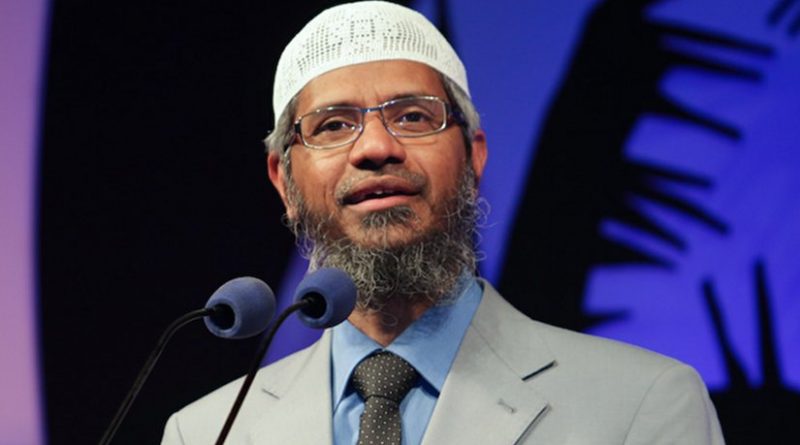 Malaysia’s new prime minister said Friday his government would not comply with a request by New Delhi to extradite a controversial Indian Muslim preacher who is wanted there for alleged extremist-related activities and giving sermons that inspired terrorism.

“As long as he is not causing trouble he will not be deported. He is a Malaysian permanent resident,” Prime Minister Mahathir Mohamad said, referring to Naik during a news conference at the administrative capital Putrajaya.

Mahathir, who took power after leading the opposition bloc to a stunning victory in the May 9 general election, made the comment after a spokesman for the Indian Ministry of External Affairs was quoted as saying that New Delhi had asked Malaysia to extradite the cleric.

“We had made a formal request for the extradition of Zakir Naik, who is an Indian National living in Malaysia,” the Indian Express quoted the unidentified spokesman as saying Thursday. “At this stage, our request is under the active consideration of [the] Malaysian side.”

Indian authorities accuse Naik of inspiring some of the militants who carried out an Islamic State-linked overnight terrorist at the Holey Artisan Bakery café in Dhaka, where 29 people, including 20 hostages and the five gunmen, were killed on July1-2, 2016.

“He said he understands the laws of Malaysia and has no trouble obeying them,” Khairul said, referring to Naik.

Khairul also denied other reports in India that Naik would be deported.

“There has never been a case where Malaysia deports any permanent resident holder, and even if it’s true, my client has the right to be informed officially and not whisked away in the middle of the night,” he said.

Naik reportedly became a permanent resident in Malaysia in 2012, coinciding with his first visit to the country. The following year, Malaysia honored him with an “Islamic Role Model” award.

In November last year, Indian officials said Naik faced charges of money laundering and inciting hatred through his sermons broadcast on Peace TV. India and Bangladesh have banned his channel but videos of his previous sermons, which have been seen by millions of viewers, are available on YouTube.

Naik, who was a medical doctor before becoming a preacher, denies the accusations. His lectures often draw large crowds in Malaysia and other countries, but do not sit well with many Hindu and Christian church leaders who accuse him of deliberately insulting their religions.

“As far as the police is concerned, there is no plan to take him back to India anytime soon,” he said. “However, I cannot comment on behalf of other agencies.”

A BenarNews source from the Malaysian Home Ministry confirmed Friday that India had formally requested Naik’s extradition on March 31 this year.

In November 2017, Ahmad Zaid Hamidi, who was then home minister, told the Malaysian parliament that the government was prepared to deport Naik if there was a request from the Indian government.

“If the Indian government makes a request to extradite him based on Mutual Legal Assistance, we will return him,” he said.

In June 2010, Theresa May, who was then the British home secretary, banned Naik from entering the United Kingdom for what she described as the preacher’s “unacceptable behavior.”

“Numerous comments made by Dr. Naik are evidence to me of his unacceptable behavior,” BBC News quoted May as saying. “Coming to the UK is a privilege, not a right and I am not willing to allow those who might not be conducive to the public good to enter the UK.”

Muslim-majority Malaysia has arrested at least 372 people for suspected links to Islamic State (IS) and other terror groups during the past four years. Those numbers include 71 foreigners, according to government statistics.

In June 2016, IS claimed responsibility for a grenade blast that injured eight people at a nightclub on the outskirts of Kuala Lumpur, the group’s first attack on Malaysian soil.