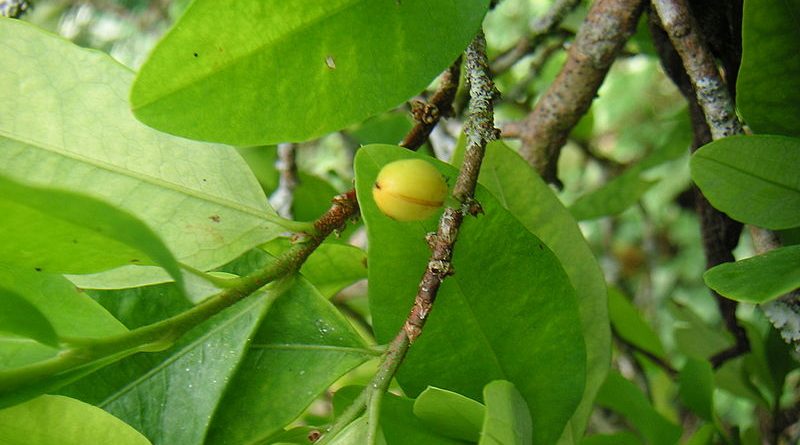 Bolivia was the last Andean country to present its Coca Crop Monitoring Survey 2014. The Bolivian government jointly with the United Nations Office on Drugs and Crime (UNODC) reported on Aug. 17 that for the fourth consecutive year the amount of land cultivated with coca decreased to 20,400 hectares, 11 percent less than that registered in 2013.

According to UNODC, last year Bolivia produced a total of 33.1 tons of coca leaf, of which 60 percent (19.1 tons) was legally marketed in the only two formal markets that exist for this purpose. Although Antonino di Leo, UNODC representative in Bolivia, admitted that information is not available on what happened to the other 40 percent. Felipe Cáceres, Bolivian Vice-Minister for Controlled Substances, said in a press conference that part of these plantings not sold on the legal market “are, unfortunately, used for cocaine.”

On July 15, Peru enthusiastically presented its Coca Crop Monitoring Survey 2014, prepared jointly by the National Commission for Development and Life without Drugs (DEVIDA), the Peruvian government’s anti-drug agency, and UNODC.

Flavio Mirella, the UNODC representative for Ecuador and Peru, announced that there is an almost 14 percent reduction of the area of coca cultivation compared to 2013, down from 49,800 hectares to 42,900 hectares.

According to Mirella, this is due to the government’s decision to increase the target goal of manual eradication by the so-called Special Project for Control and Eradication of Illegal Crops in the Upper Huallaga (CORAH), under the Ministry of Interior, and the decision of DEVIDA to reduce and minimize social conflicts and implement alternative development programs in the principal coca cultivation zones destined for drug-trafficking.

Alberto Otárola, executive president of DEVIDA, highlighted that 2014 “has been the most successful year in the fight against drug trafficking,” adding that the alternative development programs are comprehensive and include health and education programs for the coca growers and the improvement in road infrastructure that allows the alternative crops access to markets.

With these statistics, Mirella and Otárola agree that Peru is no longer the largest producer of coca leaf in the world. That place is now occupied by Colombia which has experienced an increase of 21,000 hectares of coca leaf production, increasing from 48,000 in 2013 to 69,000 last year, a variation of 44 percent, according to its Coca Crop Monitoring Survey 2014, released in Colombia on July 2.

However, the data presented by Bolivia and Peru does not contain production statistics for cocaine hydrochloride, which is calculated into the Colombia report.

The Bolivian government has stated that “its legal code does not permit it to do this study,” although UNODC considers that “a study on the coca-cocaine efficiency would facilitate knowledge of the potential cocaine production in Bolivia” and that “it is necessary to find the legal means to allow this to be done.”

Otárola specified to Latinamerica Press, that Peru does not use the same conversion tables as Colombia because “they should be standardized” and he calculates that the “actual cocaine production in Peru is not more than 200 tons according to the verification tools” which he did not specify.

Ricardo Soberón, Peruvian expert on drugs and drugtrafficking and former executive president of DEVIDA, warned that “since 2012 the reports monitoring the coca cultivation do not mention the quantity of cocaine produced in the country because they contend that the study on conversion of coca into cocaine has not been completed.” In 2011, the last year that this statistic was included, it registered at annual production of 310 tons of cocaine.

Colombia has experienced an increase of 52 percent in potential production of cocaine, increasing from 290 tons in 2013 to 442 tons last year, reported Bo Mathiasen, UNODC representative in Colombia. According to the report, this is due, on one hand, to the expectations of peasants and community organizations that cultivate coca to better dialogue with the government, and, on the other hand, an increase in coca leaf crops in strategic regions “in addition to a reduction of areas affected by spraying and manual eradication; in other words, less cost of production and better sale prices for the primary producers.”

For Soberón, the interdiction policies do not have any impact since the prices for coca leaf, cocaine paste and cocaine hydrochloride continue increasing in the farm. Also, the reduction in the cultivation of coca does not mean less production in cocaine. The technologies allow more harvests of the plant and higher yield in the same amount of time, he added.

Experts such as Chilean Ibán de Rementería calculate that the annual demand for cocaine in the world market is around 850 tons. UNODC statistics for 2013 indicate that cocaine production among the three countries is 1,000 tons.

Last year seizures of cocaine hydrochloride reached 189 tons: Bolivia 4 tons, Colombia 166.7 tons and Peru 18.7 tons. In the case of Colombia, it constituted 26 percent of total production of the narcotic, which would mean that 327 tons going to satisfy the consumer market. The remaining 523 tons of cocaine are being provided by Bolivia and Peru.

Numerous experts agree that while the war on drugs continues to be fought on the supply side there will be not advances. Mirella and Otárola defend the principle of shared responsibility with the consumption countries and the importance of development in the production regions, but also that this is not enough because drug trafficking has infiltrated into different sectors of society and the State.

“A wider view of the anti-drug war in Peru shows us the gross deficiencies: the unfinished reforms of the criminal procedure reform, the extended police corruption that points to the detention of users (51 percent of the total arrests, in spite of not being a crime) and the lack of investigation of the large criminal organizations (in spite of the existing law 30077 against organized crime that has not been funded), poor development of a control system of chemical inputs [to produce cocaine] and the weakness of the system to control money laundering (responsibility of the United of Financial Intelligence of the Superintendence of Banks and Insurance),” commented Soberón.