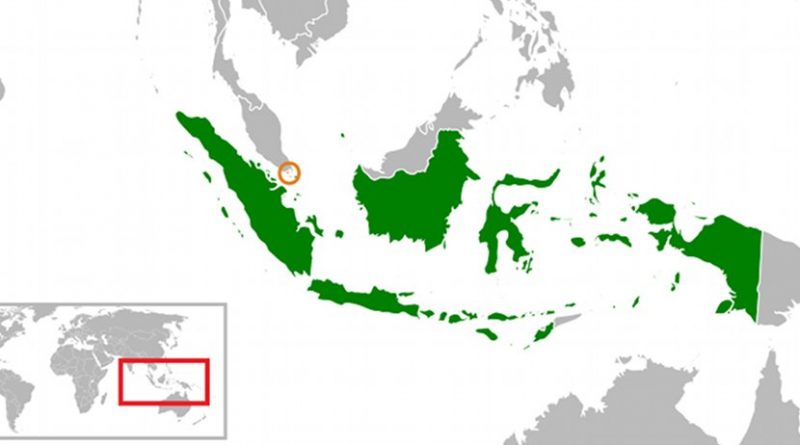 As Singapore and Indonesia celebrate their relations that span 50 years, there are striking changes in ties between Suharto’s New Order and the Reformasi state.

Fifty years of Singapore-Indonesia bilateral relations can be demarcated into two significant historical periods – 32 years under the New Order of President Suharto and 18 years under the Post-Suharto regime, also known as the Reformasi era. Political and governance structures that were once a staple of the authoritarian New Order State were swiftly replaced by a quick process of democratisation and an even faster decentralisation throughout the archipelago.

While Suharto had firmly entrenched himself for three decades, 18 years of reform had witnessed five presidencies that saw democratic competition take place at the provincial (provinsi), regency (kabupaten) and the district (kecamatan) levels. Singapore, on the other hand, had remained very much a single-party dominant parliamentary state. In dealing with Indonesia, Singapore had to contend with the profound political transitions as Indonesia consolidates its domestic agenda of greater democratisation and devolution of powers. What impact did this have on Singapore-Indonesia relations?

The enduring rule of a centralised Indonesian state under the Suharto regime ensured that relations with neighbouring nations like Singapore and its commitment to the regional architecture of ASEAN was characterised by stability and consistency.

This was bolstered by the fact that then Prime Minister Lee Kuan Yew and President Suharto enjoyed close personal friendship and rapport seen as symbiotic that translated into rapprochement in various areas of politics, economics and defence. This relationship was put to the test when Indonesia experienced a political crisis in 1998 and consequently had to be modified during the early years of reform after the fall of Suharto.

Domestic upheaval and escalating violence were of foremost concern amongst the early Reformasi presidencies of B. J. Habibie, Abdurrahman Wahid and Megawati Sukarnoputri. For a brief period, Singapore-Indonesia relations became fraught and politicised due to the unstable domestic situation in an Indonesia undergoing domestic transformation.

Singapore had to adjust to a new socio-political reality in the archipelago. Subsequent presidencies consolidated the democratisation process – the decade of stability under President Yudhoyono allowed for a new impetus for foreign-policy making in Indonesia that draws on its new-found confidence in its reform process. Rooted in its traditional non-alignment and pragmatism, Indonesia is also imbued with the impetus to address issues pertaining to democracy and human rights. As a middle power, foreign policy under Yudhoyono adopted the expansive slogan of “a thousand friends and zero enemies”.

Singapore-Indonesia relations have since enjoyed closer mutuality. Under current President Joko Widodo, cordial ties have reached a high watermark since reforms began; not only with existing investments in the Batam-Bintang-Karimum (BBK) region but also in the inaugural launching of the Kendal Industrial Park in Semarang, Indonesia.

Frequent leadership transitions especially during the early phase of Reformasi had strained bilateral relations. However the situation has since improved vastly as the domestic political transition within post-Reform Indonesia reached an equilibrium.

During Suharto’s New Order, Indonesian leadership was very much authoritarian. The concept of the “floating-mass” (massa mengambang) prevailed in which expression of politics was largely relegated to general elections every five years. Heavy press censorship and strong government control over the bureaucracy and labour unions meant that non-mainstream viewpoints were often stifled.

Post-Reform Indonesia experienced a new climate of political openness especially in civil society. Media and press laws were deregulated and demonstrations, once anathema in the New Order, were legalised and tolerated.

Societal and cultural liberalisation since the late 1990s saw spaces and topics considered taboo to be gradually opened up. Governance was redefined as trusteeship with a more consultative and participatory style both in Indonesia and Singapore.

Political expressions nonetheless remained circumscribed within markers defined by the longstanding practice of state multi-racialism and harmony as a public good. While tentative steps were taken in both countries to further liberalise their societies, Singapore and Indonesia differed substantially in how such liberalisations were pursued.

Misunderstandings emerged recently when two Indonesian activists who were members of “Teman Ahok (Friends of Ahok)” [or Basuki Tjahaja Purnama the former governor of Jakarta] were denied entry into Singapore on grounds that they were intending to carry out political activities in the form of raising campaign funds in the city-state.

Singapore continues to prohibit what it calls the importation of foreign politics in any form into the Republic for the sake of maintaining racial harmony and social stability. Given the massive changes that reform had brought about in Indonesia, Singapore must be ready to accept the spillover effects of a growing but robust democracy in the neighbouring country.

Asymmetries in population and wealth per capita had often been noted as the defining characteristic of the Singapore-Indonesia bilateral relationship. These differences tend to get accentuated in times of domestic political volatility.

New Order Indonesia had often kept such comparisons to a minimum, choosing instead to emphasise an identity of interests and co-operation. Post-Reform Indonesia however has largely vacillated on the finer points of shared interests with Singapore. A vital point of contention had been the slew of references that emphasised the disparity of demographics and physical size between the two countries.

These include such allusions as “a little red dot” or the frustrated aspersions cast by both countries during periods of intense transboundary haze caused by forest fires in Indonesia. In times of major political change, both countries had also been subjected to the force of nationalism. This has served to downplay the positive aspects of complementarity in the Singapore-Indonesia relationship.

Both Singapore and Indonesia had reaped the benefits of close co-operation and consultation, pioneered first by the rapport built under Lee Kuan Yew and Suharto. Although the political landscape of both countries has changed since, both continue to pursue a strong bilateral relationship based on shared interests be it in the context of regional organisations like ASEAN or co-operation in trade, business and growth.

Democratisation in Indonesia has brought about new opportunities for Singapore to work with Indonesian leaders of all political stripes. Decentralisation in Indonesia has allowed for Singapore to explore cooperation and facilitate investments at a more regional/local level. Indonesia, on the other hand, has a reliable partner built on a strong historical foundation of longstanding ties.

Despite the difference in political make-up between New Order and Reformasi Era Indonesia, both countries stand to gain more by their complementarities rather than their differences. If this can be achieved, it is likely that the next 50 years of bilateral ties will be just as celebrated.

*Jonathan Chen is an Associate Research Fellow with the Indonesia Programme, Institute of Defence and Strategic Studies at the S. Rajaratnam School of International Studies (RSIS), Nanyang Technological University, Singapore.