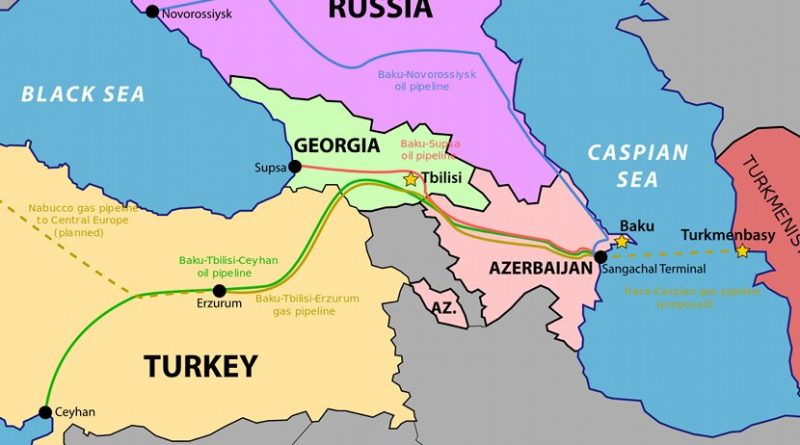 Most of the work within the framework of the Southern Gas Corridor (SGC) project, which the European Union calls a priority in terms of diversifying gas supplies, is nearing completion. At least that’s what some media say. But is it really so?

The SGC implied to finish the TANAP-TAP gas pipeline system by 2019 and its predicted capacity was about 10 billion cubic meters of gas a year from the Azerbaijani Shah Deniz field through Georgia, Turkey, Greece, Albania to the south of Italy. This project is an alternative to the Russian South Stream.

The biggest problem of the SGC, like all similar projects, is financing and payback. In 2010-2013, when gas was particularly expensive, Europeans were not too generous in investing in a networked energy infrastructure. Europe did not actively invest in pipes either at gas prices of $300, or $400 or even $500 per thousand cubic meters.

The drop in oil and gas prices hit Azerbaijan hard, which state-owned company SOCAR is responsible for the construction of the SGC. For example, in the construction of the TANAP through Turkey, Baku owns a 58 percent stake, and in the TAP, 20 percent. The cost of their construction is more than $14 billion and SOCAR should empty its own pockets of money. Baku has no such money. Therefore, all projects will be almost entirely carried out with borrowed money.

The declared cost of the SGC project is about $45 billion. The cost of the construction of TANAP- TAP is more than $14 billion. SOCAR has already paid about half of this amount from its own pocket (it’s better to say – has already given borrowed money).

It should also be noted that in 2016 SOCAR invested AZN 797 million (2015: AZN 772 million) in the fund of the controlled structures of the SGC in 2016. Because of this, the SGC Company completed last year with a loss of AZN 98 million, SOCAR’s loss was about AZN 49 million.

And SOCAR continues to finance the SGC project. Since early 2017, the state oil and gas company has already invested AZN 140 million to finance this project.

And now the question is who will keep the SGC as a profitable instrument? It’ll take at least two years to complete the construction. But one thing is clear: Azerbaijan has long-term obligations – 10 billion cubic meters will be supplied to Europe and 6 billion to Turkey. The main thing is that the gas price doesn’t fall sharply.

There is still a risk that the US position on the SGC will change under Trump’s rule. It will also entail financial losses for Azerbaijan.