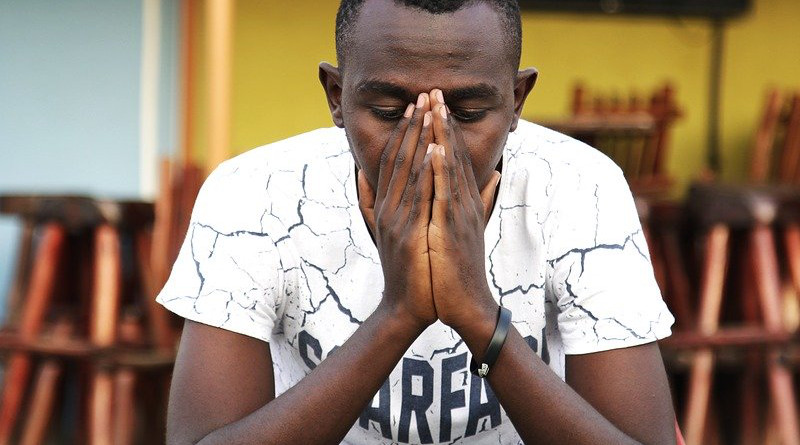 In Uganda, the containment measures to curb the impact of the Covid-19 pandemic have been among the most radical in the whole of Africa: closure of the borders, ban on public and private transport, closure of non-essential shops, ban on religious, cultural and political meetings. These steps have helped limiting the spread of the virus.Swift containment measures have resulted in the relatively low toll of the disease on the Ugandan population. Nonetheless, some measures taken are controversial, and have to be read in the light of the upcoming presidential elections, in 2021.

The Ugandan government has quickly taken measures in order to fight the propagation of the virus. Even before the first confimed case, there were concerns around the travellers returning from infected areas and to this end, a on March 06, 2020, a mandatory quarantine of 14 days was announced for people coming from countries particularly hit by the pandemic such as China, South Korea, Italy, France or Germany. Restrictions were also imposed for Ugandans to travel to these countries.

Nevertheless, with no confirmed case in the country, measures such as closure of schools and colleges, and prohibition on communal prayers, political rallies, cultural gatherings and conferences was imposed. There was also a restriction in the movements with the closure of the airport as well as closure of land borders except for formal freight on the 22nd of March, when the first case of Covid-19 was identified. A curfew was imposed from 7pm to 6am. On the 8th of April, not only these measures were extended, but a few more were added such as the ban of outdoor physical exercice.

From May onwards, the process of easing the lockdown started -with a progressive lift of the tranport interdiction, a partial opening of certain shops, and a reduction in the duration of the curfew. Public transport was allowed at 50 percent capacity. Private transport was also authorized on the roads with four in a car and masks were made mandatory.

Practices such as washing of hands and temperature checks were still largely practised across the country at the entrance of public spaces such as markets, shops or public transport stations. Until July, the pandemic seemed under control, with a reduced number of infections, and no reported COVID-19 death.

One can thus only admire the swiftness and efficacy with which measures were implemented. The Uganda National Virus Institute, already lauds for its leading role in research, prevention and control of major communicable diseases, including its handling of the Ebola outbreak in 2018-2019, has again shown its capacity to test and track suspected patients, and to circumscribe the spread of infectious diseases. While the efficacy with which the measures were taken cannot be challenged, a more critical reading can be done, especially with regards to the presidential elections of January 2021.

What does this mean for the upcoming Presidential Elections?

It is evdient that the reason for some of these measures has to be read in the light of the next Presidential elections that are supposed to take place in January 2021. The electoral process will be affected by the current pandemic, and will have to follow specific procedures, as already announced by the Uganda Electoral Committee (UEC).

The political life has anyhow already been affected by the containment measures that have included the interdiction of political meetings which is expected to continue until the elections. The UEC has suggested to replace them by radio speeches during campaigning. Though this decision has been presented as even better than the usual meetings by the ruling party, in the sense that it would allow candidates to reach remote places in the country. Voices are speaking against it, arguing that most of the media houses are owned by people close to National Resistance Movement (NRM), the ruling party. Access to media, to reach the larger population will be made then more critical for the opposition.

The 2021 elections are significamt for two reasons. Yoweri Museveni, President of Uganda since 1986, has been allowed to contest again for the upcoming elections though he has reached the age limit. The age limit has been lifted in 2017 through a Constitutional Amendment Bill, and this decision has been contested even in the ranks of his party, the NRM. He is now challenged by Bobi Wine, a 38 years old singer who has been elected in 2017 as a MP for Kyadondo East constituency. Kizza Besigye, who was the outsider during the last four presidential elections, will not run for the 2021 Presidential elections.

This change in the run for Presidential office is not anecdotical – this is not anymore an opposition of two political figures whose political career was built during the Bush war, in the 1980s, but a fight among different generations. Most voters for the 2021 elections were not born during the Bush war, and the liberation from Obote rule, for which both Museveni and Besigye have fought, does not mean much for them.

Given that, any change in the manner in which elections will be heldwill be the case with the apparition of the concept of “scientific elections”, may lead to unusual protests from the youth. They have placed great hopes in Bobi Wine, who personnifies a break from “old times” politics, and has been vocal on topics that are pivotal for their future such as corruption or unemployment.

Moreover, despite the swiftness of the government in its COVID-19 response, the number of infections are rising since July, when Uganda started saw its first COVID-19 death. The population is fearing an other lockdown, which would be without any doubt much more difficult to accept. The survival strategies deployed by the Ugandan population have been stretched to their maximum. The combination of a worsening of their economic conditions and a lack of political perspective may place an excessive burden on the Ugandans. The next weeks, and the decisions framing the electoral process, will be pivotal for them, and for the future of Uganda.

Home » How COVID-19 May Influence Next Ugandan Presidential Elections – Analysis