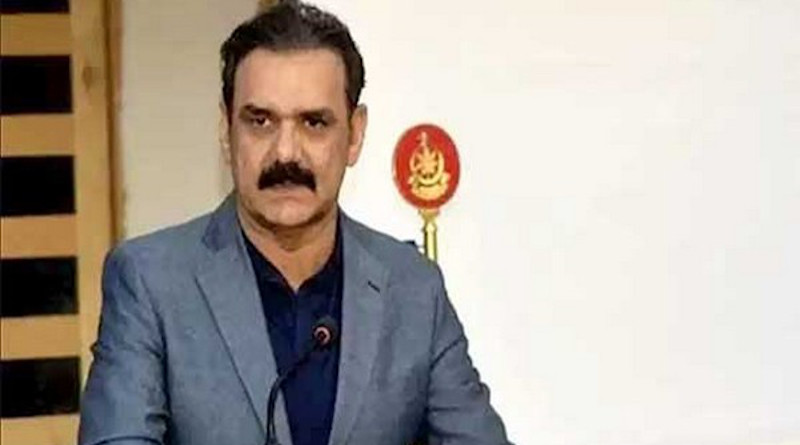 (RFE/RL) — Pakistan’s powerful generals have for decades cited political corruption as a leading problem in the country that justified the toppling of governments through repeated coups and the military’s manipulation of power.

But a recent report about the vast family business of a former army general who is a senior government adviser has prompted debate about alleged corruption among military elites and the apparent impunity they enjoy in contrast to civilian elites — both of which have taken turns ruling the country during its 73-year history.

Just days after independent journalist Ahmad Noorani published his August 27 article linking Lieutenant General Asim Saleem Bajwa’s rise through the military to his family’s estimated $100 million fortune, Pakistani officials were scrambling to come up with a response amid public pressure.

Bajwa immediately dismissed the report as “propaganda” and government supporters and former army officers have called it a conspiracy against their country and the Chinese investments that Bajwa oversees. Late on September 3, Bajwa issued a detailed press release to counter Noorani’s report.

In the response on Twitter, Bajwa said the report was “incorrect and false.” He denied that his wife was a shareholder in the family business or that the family’s business was linked to his rise in the military ranks. “If one were to look at the actual figures, the inescapable conclusion would be that the news item has been spread with a view to malign my reputation,” he wrote in the four-page release.

Noorani, a fellow at the Missouri School of Journalism, says the wealth of Bajwa’s family grew “unbelievably” after he joined the staff of military dictator Pervez Musharraf in 2002 and later headed the military’s public-relations wing. He eventually led troops in the restive southwestern Balochistan Province until retiring in September 2019.

“The narrative about corruption is changing in Pakistan after my investigation came to light,” Noorani told RFE/RL’s Gandhara website. “The corruption debate was limited only to graft allegations about politicians, but now people are discussing this issue in relation to the military and its powerful officers.”

Noorani says he hopes his exposé will break the atmosphere of fear in Pakistan, where the military is frequently accused of blanket censorship and severe intimidation of activists and journalists.

“My story proves that while [the military does] not allow anyone to investigate their dealings and most of their dealings are not part of the public domain, it is possible many similar stories are out there,” he said.

But Pakistan’s current accountability laws exclude the military and the judiciary.

Senior military figures have maintained they do not need external oversight because they have internal accountability mechanisms. They point to the many firings and punishment of officers as evidence of the system’s effectiveness.

Author Ayesha Siddiqa, a research associate at London’s School of Oriental and African Studies, says Noorani’s investigation is the first of its kind to attempt to undo a decades-old narrative about corruption in public life in Pakistan.

“What this story has done is at least partly puncture the myth that military generals are honest and that they shouldn’t be accountable,” she told Gandhara. “There is a case to be made for their accountability.”

Siddiqa’s 2007 book, Military Inc: Inside Pakistan’s Military Economy, argues that decades of political dominance have turned Pakistani generals into a privileged class with the lion’s share of power, wealth, and privileges.

She says corruption and anti-corruption have dominated politics ever since military dictator General Zia ul-Haq dissolved a civilian government over corruption allegations in 1988.

In the 1990s, the two leading political parties — the Pakistan Muslim League (PML-N) and Pakistan Peoples Party (PPP) — accused each other of graft and targeted each other’s leaders over the issue. Corruption allegations figured prominently in General Pervez Musharraf’s military coup in 1999.

“In recent years, the main political rhetoric has been that there is no left-wing or right-wing ideology and the main struggle is over corruption and anti-corruption,” she noted.

“The [Pakistan Tehreek-e Isnaf party] took benefit of this and made it to power,” she said, referring to Prime Minister Imran Khan’s PTI party, which campaigned against alleged corruption by the PPP and PML-N to eventually win parliamentary elections in July 2018 by incorporating many turncoat leaders from the two parties. Opposition leaders blamed the military for orchestrating the PTI’s win through rigging and manipulation.

As chairman of the China-Pakistan Economic Corridor Authority and Khan’s media adviser, Bajwa holds an important position within Khan’s administration.

“My advice to Bajwa would be to come forward and make a clarification,” Information Minister Shibli Faraz told journalists on August 31. “I don’t think what is being said about him is right.”

But minutes after Noorani’s story was posted on his website, Factfocus.com, Bajwa rejected the report. “A malicious propaganda story published on an unknown site, against me and my family, (just uploaded on social media) is strongly rebutted,” he tweeted.

Amjad Shoaib, a former army general, declared the exposé a conspiracy against Pakistan hatched by Islamabad’s archrival, India, and others. “Has Noorani conducted any investigative story about many megacorruption cases in this country?” he asked.

As a leading investigative reporter, Noorani has distinguished himself by probing sensitive stories. He says his reporting led to years of harassment by the military, which culminated in a violent attack by unknown men in October 2017 that left him with head injuries.

In a statement on September 1, the global media watchdog Committee to Protect Journalists condemned threats against Noorani after he published his report.

Opposition politicians stung by the government’s accountability drive through NAB cases are gradually raising questions about Bajwa’s alleged fortune. “Allegations have been made against him [Bajwa] and he should answer them,” PML-N Vice President Maryam Nawaz said.

Nawaz is seen as the heir apparent to former Prime Minister Nawaz Sharif.

In July 2017, the Supreme Court ousted him from office over undeclared assets. But Sharif insisted his removal was part of an effort to undermine democracy and civilian supremacy.

“If you have been appointed to a government post on taxpayers’ money and allegations are made against you and evidence is presented, you should face them,” she said. The PPP has also called for a probe of the alleged wealth of Bajwa’s family.

On September 1, a Pakistani court gave Sharif a “chance to surrender” if he returned home within 10 days or else risk being declared a fugitive from justice. The court wants him to appear for a corruption hearing. Sharif has been in London since being allowed by the court in November 2019 to fly there for medical treatment.