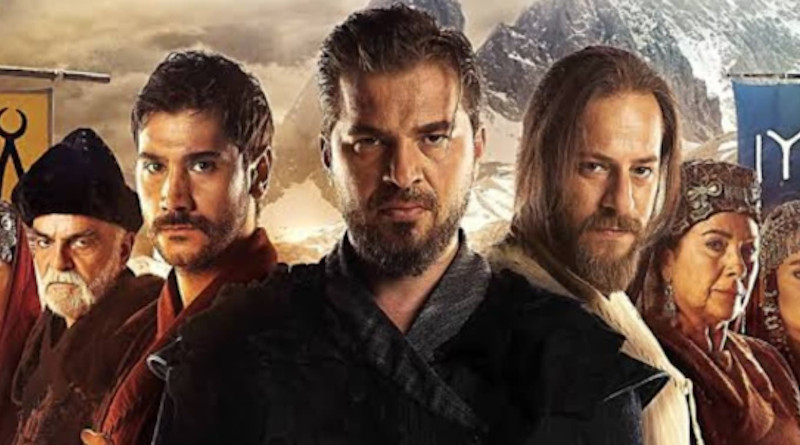 The popularity of the Turkish drama-series ‘Dirilis: Ertugrul’ across segments of the Muslim world is well-attested to. Less analyzed are the conflicting responses of different states and their elites to this cultural phenomenon. In this note, we argue that these irreconcilable responses suggest a significant forthcoming re-alignment of the Islamic world order. Anticipating an end to Pax Americana (i.e. peace enforced by a predominant United States), a new revisionist axis of Turkey-Iran-Pakistan-Malaysia seeks prominence vis-a-vis the Arab/Gulf states, which currently dominate and lay claim to articulating the Muslim voice. This change of praxis away from sectarian – viz. Shia-Sunni schism – considerations will have implications on the broader Middle East and deserves closer attention from Indian strategists.

Broadcast also as “Ertugrul Ghazi” in Urdu, the series covers a story of Oghuz Turks just prior to the establishment of the Ottoman empire. It focuses on the character of one Ertugrul Ghazi, identified as the father of Osman I, who in turn founded the Ottoman empire. Since little historical evidence remains of either Osman I or Ertugrul, the series blends fictional accounts with populist Islamic motifs to build its narrative. To Indian readers – who can access the Urdu dubbed version on YouTube – the production quality and simplicity of the story line would correspond closest with post-1990s Hindi TV epic-series based loosely on religious/mythological motifs.

The show was broadcast originally in Turkey from 2014 to 2019; it has been available on Netflix in US since 2017 and is being broadcast – to great appreciation – on PTV in Pakistan since April this year.  The popularity of the show continues a trend of Turkish TV series (dizi) comparing favorably with K-pop and Bollywood in terms of international appeal. Turkish productions – which can offer a taste of European freedoms while remaining grounded in conservative family values – have found wide resonance across the Muslim world. These productions continue to benefit from a supportive Ankara administration and a sizeable domestic market that dedicates above-average time to watching TV shows.

The Turkish regime (primarily, PM Recep Erdogan and his AKP party) has consistently promoted the series, much like they supported earlier shows of the same genre like “The Magnificent Century” based on Suleiman the Magnificent. In 2017, Erdogan attended the wedding of actress Esra Bilgic, who played Ertugrul’s wife in the series. Erdogan has supported the series internally in Turkey – e.g. in 2016, after a rebuke at an awards ceremony – as it appeals to his vote-bank of ‘Black Turks’ against the secularized elite. He has also promoted the series externally – its implicit message of pan-Islamic unity under Turkish leadership is in sync with the regime’s neo-Ottoman hegemonic ambitions.

In Pakistan, PM Imran Khan has promoted the Ertugrul Ghazi series, citing its potential in spreading Islamic values amongst the youth. Response within Pakistan has been along expected directions.

Reactions of the Sunni states in the Gulf and beyond have been the exact antipode to the Pakistani one.

Over the past 50 years, Pakistan has deferred to the Saudi state on many aspects.

The background above illustrating the close Saudi-Pakistani link further highlights how extraordinarily unusual it is for the Pakistani state to champion Dirilis: Ertugrul in face of stringent Saudi opposition. Indeed, the Saudi-Pakistani relations have been tumultuous in past couple of years.  There were incidents of personal drama (like MBS lending his flight to Imran Khan for his trip to UN, and rescinding use of the same for the trip back to Islamabad) and broader disagreement (like dispute over the Dec 2019 Kuala Lumpur summit organized by Turkey-Iran-Malaysia, avoided by Pakistan at Saudi insistence).  Recent reports have highlighted these differences – expedited return of a $1B Saudi loan, FM Qureshi’s truculent comments on insufficient support of OIC to Kashmir in early-August, COAS Qamar Bajwa’s mediatory trip to Riyadh in mid-August etc.

Read in this context, the promotion of Dirilis: Ertugrul by PM Imran Khan can be interpreted very differently. The promotion is not about championing of Islamic values (beloved as it is to Imran and his spiritual preacher wife Bushra Bibi) nor is it about the putative decoupling from Hindu/Indian roots; this promotion is about redirecting the emotional connection of the Sunni majority to a different Sunni state viz. Turkey as against Saudi Arabia. If such a connection is established, the Pakistani state would have freedom to pivot away from the current Arab choke-hold and act freely in its self-interest, especially if it demands an alignment with a non-American bloc including China, Iran and Turkey.

There is another dynamic in play in Turkey, Iran and Pakistan, viz. modernist experiments at secularization have faltered in all three places for different reasons.

The realist response to these distressing events, supported by the post 90s rise of a conservative middle class, has been a harkening back to the Islamized past – in particular, the periods of 16th and 17th centuries when the predecessor states of modern-day Turkey, Iran and Pakistan dominated the Muslim world in comparison to Arab/Gulf ones.  The current axis seeks to recreate the glory of that era and in doing so, it – by its inclusion of Iran – surmounts the Shia-Sunni schism that has plagued the Muslim world since the developments of 1979 (viz. revolution in Iran, siege in Mecca).

The strategic community in India would benefit from closer monitoring of this new emergent axis. Analysis above alongside ancillary incidents like Erdogan’s mention of Kashmir at the UN, Mahathir’s intransigent shielding of Zakir Naik despite its impact on Palm Oil exports and the Iranian cancellation of Gwadar project all point to a new strategic chess-board for India, where the pieces and new rules of game are being evolved even as we speak.

*Dr. Rajesh T. Krishnamachari is an analyst based in New York City. Views expressed in this article are personal. He can be reached at [email protected]