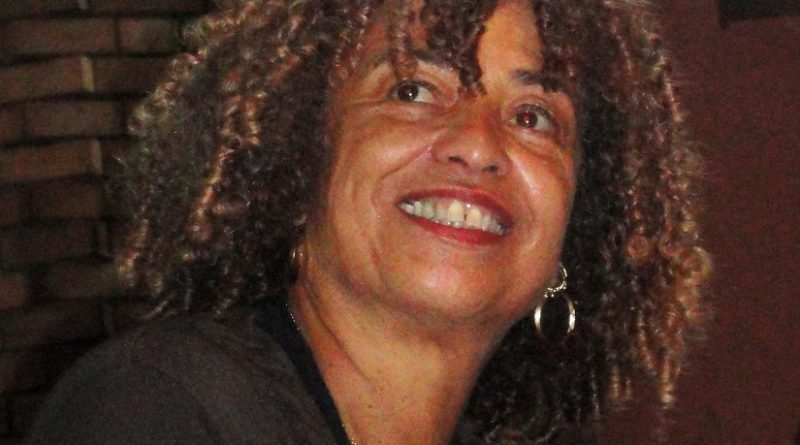 There is nothing more revealing than passive voice and tortured syntax. One-time left wing icon Angela Davis demonstrated as much when she said she may vote for Hillary Clinton. Her actual words, “I’m not so narcissistic to say that I wouldn’t vote for her,” indicate some embarrassment with a bit of defensiveness thrown in for good measure. If Ms. Davis finds it difficult to be straightforward and say she is voting for Hillary then perhaps she ought to rethink her decision.

Everyone who rejects Hillary Clinton risks being smeared as a narcissist, a nihilist or a Trump loving Putinite. The Democratic party, their friends in the corporate media, and the black misleaders have banded together so well that only those with the strongest convictions will defy the Clinton campaign slogan and announce they are decidedly not “with her.”

It would have been easy for Davis to say that she hadn’t decided yet or that she is ambivalent or to give a reason why she finds Clinton lacking or take the easy way out and use Trump as an excuse. Instead she used a tired argument that ought to be rejected out of hand by a person of her stature. She joined in castigating those who don’t follow the Democrats into an endless loop of betrayal and disappointment. She didn’t use the discredited words lesser evil, but she may as well have.

It is difficult to convey to younger generations what Angela Davis meant to black people and to everyone who fought for liberation. When she was wanted by the FBI and tried for murder in 1972 she was the ultimate hero, one of the last of that era and one of the few to emerge unscathed. The cry, “Free Angela” and her image were ubiquitous as was the demand for her freedom. After her acquittal she did not give an inch. She denounced the United States prison system, then a shell of what it is now, never shrank from calling herself a Marxist and spoke against injustice practiced here and around the world. She twice ran for vice president on the Communist Party USA ticket and could be counted on to fiercely criticize of this nation’s policies.

But Barack Obama seems to have cast the same spell on Davis that he has on the rest of black America. She denounced her own history when she endorsed Barack Obama in 2008 and in 2012 she not only supported him again but claimed that he was part of the “black radical tradition.” The lie is so grotesque that it is difficult to know if she was really thinking when she said those words. Nor was that her first foolish remark uttered on behalf of Obama.  Her 2010 statement that “Obama won despite the power of money” was equally bizarre. Barack Obama set fund raising records in his presidential campaign. Ms. Davis aided and abetted his marketing ploy which gave the appearance of a people-based movement when in fact he perfected the art of creating a record breaking campaign war chest.

It is sad that Davis continues to devolve politically before our eyes, it is even worse that she attacks those who are still ready to fight back against neo-liberalism and imperialism. If she is willing to vote for Hillary Clinton she should just say so. But she felt compelled to get in her own dig at independent thinkers with the “narcissist” label. She is no better than Democratic party scoundrels who point at Trump’s low hanging racist fruit while simultaneously cutting deals with ruling elites.

Angela Davis has gone down this slippery slope in part because of the weaknesses of the black left. Many who once proudly proclaimed that identity succumbed to the siren song of the black face in the high place or took the path of least resistance out of expediency and rank cynicism.

Fortunately Davis’s words were roundly criticized. Only those who feel a now undeserved loyalty defended the foolishness. Davis was not given a pass by most commentators and that is a good thing. The millions of people who thought seriously and decided not to vote for Hillary Clinton deserve more than to be dismissed with name calling. Their day has arrived. The illogical words coming from a once venerable figure are proof of desperation.

The so-called narcissists have thrown down the gauntlet to the democratic party. Famous former leftists can’t put the genie back in the bottle. The democratic party can no longer depend on silence and fear to keep their former voters in line. They have seen too much and won’t even be intimidated by the thought of a Trump presidency. Angela Davis’s day has passed. The narcissists aren’t listening any more.