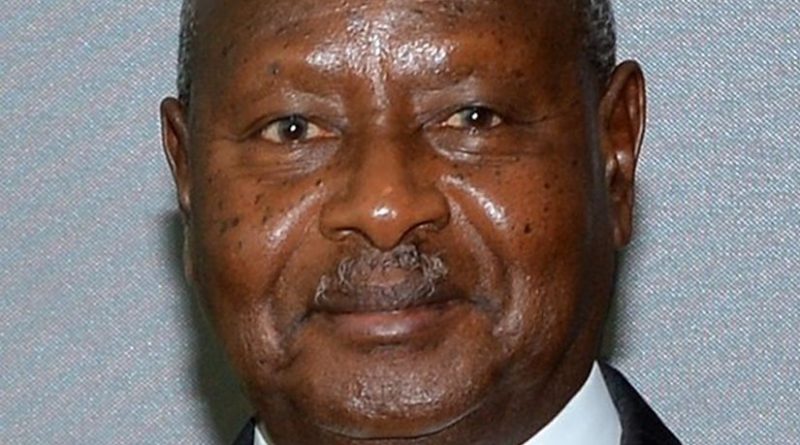 Uganda has not had a peaceful transfer of power since attaining independence in 1962. Now, the removal of the presidential age limit in the Ugandan constitution opens the way for a life presidency for incumbent Museveni and risks huge instability and violence.

Uganda is at a crossroads. Over the last few days, tensions have been flaring high around the emotive debate for and against the lifting of the Presidential age limit contained in Article 102 (b) of the 1995 Constitution of the Republic of Uganda. Article 102 (b) states that a person is not qualified for election as President unless that person is over thirty-five years and under seventy-five years of age. However, last week about 270 Members of Parliament from the ruling National Resistance Movement (NRM) party endorsed a move to table a bill in Parliament to scrap the Presidential age limit. This proposal was adopted by the Cabinet.

Many Ugandans, some ruling party members and all opposition political parties and civil society are vehemently opposed to the removal of the age limit. It is widely seen as an attempt to give the current President Yoweri Museveni a life presidency. In response, the government has relied heavily on the military and police to intimidate, suppress, arrest and prevent any public protests and demonstrations resulting in widespread violence and human rights abuses.

President Museveni has been in power for the last 31 years, since 1986. He is now 73 years old – even though many Ugandans believe he is much older. If the Constitution is not amended, he would be ineligible to run for re-election in 2021 when his current fifth Constitutional term in office ends. By then he would be 77 years old.Once described as a “new breed of African leaders” by former US President Bill Clinton, Museveni’s major weakness has been his greed for power. This has seen him degenerate into one of Africa’s classical dictators. A man who once declared that “the problem of Africa are not its people, but leaders who overstay in office” is on the brink of becoming a life president. He has reneged on all his promises to retire from office and herd his cattle in the several ranches he owns across the country.

At his swearing-in ceremony in 1986, following his successful coup after four years of guerilla warfare, President Museveni promised Ugandans that the National Resistance Army/Movement (NRA/M) would be different from the past regimes that had destabilised Uganda. He said that the NRM is a clear-headed movement with very good people. He added that, what was happening then (the swearing-in) was not a mere change of guard but a fundamental change.

In the last 30 years however, most of the good people who surrounded Museveni have either been forced out or have abandoned him because of his refusal to leave power and his entrenchment of family rule. The NRM has relied heavily on its military wing, the National Resistance Army which under the 1995 Constitution was rebranded the Uganda People’s Defence Forces (UPDF). His regime has become as brutal as past regimes and all progressive steps and institutions are being gradually dismantled to maintain his grip on power.

Alongside his reliance on the military to retain power, Museveni also oversees a complex patronage system. His transactional approach to governing has seen supporters rewarded and dissenters severely punished and politically suffocated.Over the last thirty years his closest allies, including his personal medical doctor during the bush struggles Dr. Kizza Besigye, have become his fiercest opponents and symbols of militaristic opposition. John Patrick Amama Mbabazi, one of Museveni’s closest and most trusted allies, also jumped ship and joined the opposition in the last 2016 general election when denied the chance to challenge Museveni for the party candidature.

However, Museveni is still surrounded by a batch of loyal cadres and political sycophants including MPs like Evelyn Anite and Ibrahim Abiriga whose own political survival depends largely on Museveni’s continued reign. In 2016, Evalyne Anite knelt on her knees to beg President Museveni to run for re-election even when Museveni had promised to serve his last term. Anite then proceeded to collect signatures for Museveni’s sole candidature.

Museveni agreed and rewarded Anite with a junior cabinet position. On the removal of the presidential term limit, Anite again became the champion, warning the opposition politicians that “they are the ruling party, fully in control and cannot be intimidated because they have the full support of the majje [army].” Abiriga on the other hand not only imitates Museveni but wears no other colour than the yellow NRM party colour. Abiriga even promised to resign from Parliament if the presidential age limit is not lifted.

The loudest voices pushing for Museveni to elongate his stay in power are coming from politicians in the West Nile, a region much maligned by President Museveni because Uganda’s former President Idi Amin Dada who ruled from 1971-1979 came from that region. Museveni has often referred to Idi Amin and Uganda’s former rulers as killers, dictators and pigs.

Today, comparatively, there is not much difference and the longer Museveni stays, the more he looks worse than Idi Amin. Until very recently, West Nile, home of the Anites and Abirigas constituency had no tarmac road or electricity.

The population of West Nile are still very bitter and angry that Museveni demonised their son so much that to-date he remains buried in exile. They always contend that Uganda and the world generally have not acknowledged the patriotic side and contribution of their son, former President Idi Amin Dada, to Uganda.

So, one wonders, what is it that motivates the Anites and Abirigas of this world. Could it be that they deliberately want to undress the emperor to rewrite history? The Anites know so well that Museveni loves power and they will dangle it in his face to make him swallow all the bad things he said about Amin. As a life president, Museveni will have no cloth to wear in the politics of Uganda.

A recipe for disaster

As Barack Obama warned in his address to the AU in 2016, “when a leader tries to change the rules in the middle of the game just to stay in office, it risks instability and strife as we have seen in Burundi, and this is often just the first step down a perilous path….”In Uganda, the Presidential age limit under Article 102 (b) is now the only guarantee for a peaceful transition of power in Uganda. Of the eight Presidents who have ruled Uganda since attaining independence in 1962 not even one has handed over power peacefully to another. The changes have been characteristically violent with war following those ousted from power.

This history was evident in the minds of the framers of the 1995 Constitution who inserted two primary guarantees for a peaceful change of government in Uganda under Article 102 (b) and 105 (2). The removal of the age limit under Article 102 (b) automatically gives Museveni a life presidency with the risk of huge instability from him dying in office. Without this in place, peace cannot be guaranteed.

This article was originally published by Peace Insight and is available by clicking here. The views expressed in this article do not necessarily reflect the views of TransConflict.

ecies on land and some 95 percent of all species in the ocean. Volcanic activity on an enormous scale in