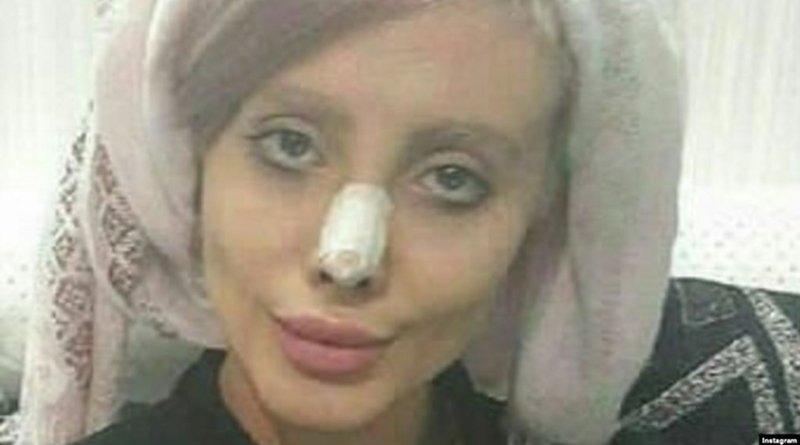 (RFE/RL) — Iran has arrested an Instagram star famed for drastically altering her appearance to look like U.S. actress Angelina Jolie, the Tasnim news agency has reported.

The social media celebrity known as Sahar Tabar was detained for crimes including blasphemy, instigating violence, and encouraging corruption among youths, Tasnim said late on October 5.

Tabar, 22, made international headlines last year after posting a series of images of her face altered through plastic surgery.

Though Tabar was rumored to have had 50 plastic surgeries, most of the photos shared with her 26,800 followers had been heavily edited.

Some of the images depicted Tabar wearing a loosely fitting hijab over her hair and a white bandage.